General Jerome in discussion with Warriors


Jerome Ropati is in discussions with the Warriors about a new contract but decisions about the length of that deal won't be determined until he can prove he's over his injury concerns.​
The utility is into his 10th season with the Warriors but it has already been a disjointed one. He has made six appearances this year but went off injured against both Manly (ankle) and the Roosters (hamstring). That followed the serious knee injury that restricted him to just three games last year, and the shoulder infection that ended his 2010 season.​
Ropati is a valuable member of the club and this week will slot in at fullback to cover for the injured Kevin Locke and Glen Fisiiahi and out-of-sorts Krisnan Inu, but has spent too much time off the field in the past 18 months for the club to make any hasty decisions.​
"Discussions with someone like Jerome would normally be a bit earlier but he's been hindered by injury," Warriors chief executive Wayne Scurrah said. "Jerome has been with the club for 10 years so he's a key member and we've had some early discussions."​
Ropati is thankful they are even talking. He has seen plenty of players come and go from Mt Smart Stadium and knows sentiment will get a player only so far.​
"Whether they want me on a short-term or long-term agreement, that's hard to tell," he said. "I'm glad we're talking. They've expressed interest in me.​
"I love it here. It's my home town, my family and friends are here and we haven't won the premiership, which is something I want to achieve. Family is another consideration because I'm coming to the end of my career."​
Ropati is still only 27 but has played only 136 NRL games, meaning he has missed on average 10 games a season with injury. While he is a classy operator, there is greater competition at centre with youngsters like Ben Henry and Konrad Hurrell coming through.​
But one of Ropati's greatest strengths is his utility value and he has played at centre, fullback, five-eighths, lock and wing for the Warriors. Invariably, when there was a problem in the early part of his career, Ropati could fix it in the same way Lance Hohaia did in his time with the club.​
"I've always understood that this is going to be my role if we hit a few injuries," Ropati said. "I don't mind that Bluey (coach Brian McClennan) comes up and says we have no one else to play fullback but you. I understand that we need to win this week and I'll do whatever I can, in whatever position, to help do that."​
Ropati has played nine times at fullback for the Warriors and also started there for the Kiwis in the 2005 Anzac test. His experience is one of the reasons McClennan has plumped for him in the crucial position against Brisbane at Mt Smart Stadium on Saturday.​
"He's a 10-year veteran at the club and is a strong carrier of the football and good communicator," McClennan said. "He will put himself in positions that will help our attacking options. Jerome will get there. When you go to do a play, you know he's going to be there and that's important."​
Sadly, that isn't the case with Inu and is a principal reason he is likely to be left out of the match-day 17 against the Broncos. He is prone to errors but his work ethic also lets him down.​
"I'm getting comfortable with [playing fullback]," Ropati said. "The more times I find myself back there, the more I have to learn how to fit in and play my role.​
"That's the mindset I'll have this weekend, I have to make [fullback] my position. It's one of two positions I'll play this year."​
It's up to Ropati's body where he plays next year.​

I'm not convinced that Jermome's positional play or catching skills are up to par but at least he dosn't arse around with kick returns.

The upside of retaining Jro is the club gets that 100k bonus to the salary cap I guess.

Has anyone sang "oma Ropati' to the tune of "oma rapati" before?
Reactions: Rizzah

Unfortunately for Jerome, he misses half a season every year with injury.

He is a good attacking threat, but his positioning on defence is appaling for a 10 year NRL veteran.

Im quite happy for him to stay. If Inu actually gets to play 80 mins at centre and hopefully proves his quality, JRo would be the number 3 centre and a pretty decent back up to have.

Numbnutsnz said:
Im quite happy for him to stay. If Inu actually gets to play 80 mins at centre and hopefully proves his quality, JRo would be the number 3 centre and a pretty decent back up to have.
Click to expand...

I would love that to happen, but I'm willing to bet $100 he will not be here next year.
also,
Ropati is already the number 3 centre as he is playing rubbish... yet the club/coach see him as the number 1 centre... he is never gonna be dropped for Inu, EVER

Hmm, I think Ropati is a likable guy and all that jazz, and understand the value of experience in our otherwise youthful backline, but he has been pretty poor this season, and to back it up from all his injuries, I hardly feel he deserves a big contract.

1 year with an option in favour of the club would be the most I would hope for. I cant see us not giving him a contract tbh. Especially if Omar leaves

Danpatmac I'm willing to take you up on your $100 offer

I'd be more than happy for him to stay. He may not be a world class centre, like some thought he may become, but factoring in the 100k exemption, we're getting a decent NRL centre for a good price.

tajhay said:
Danpatmac I'm willing to take you up on your $100 offer

The club would be silly not to use the 100k cap exemption if they chose not to sign him
Click to expand...


My statement was in reference to Inu not being here next year, Ropati will be.

Offer him a deal that's worth whatever the 10 year salary cap discount. Anything more is probably a waste in this sort of form.

Danpatmac said:
My statement was in reference to Inu not being here next year, Ropati will be.
Click to expand...

Ropati has just come back from basically the entire season out. Don't be too quick to discount him yet. 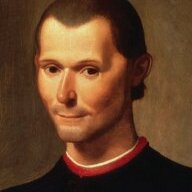 I don't see how the 100k exemption is worth anything given that by all accounts the club is nowhere near the salary cap.

Niccolò Machiavelli said:
I don't see how the 100k exemption is worth anything given that by all accounts the club is nowhere near the salary cap.
Click to expand...


That's now though. I imagine we'll be pushing the cap when it comes time to sign Hurrell, Johnson, Locke, Matulino and Taylor.

tajhay said:
I'm happy to bet that Inu will be here next year if you want

Ropati has just come back from basically the entire season out. Don't be too quick to discount him yet.
Click to expand...


Damn straight we shoudn't let Inu go. I believe he's signed for next season so we'd have to release him. And releasing him with no one signed so far, and lacking in outside backs. Would be beyond words. I too have faith the club will play it smart.
Show hidden low quality content
You must log in or register to reply here.
Share:
Share