General Is your glass half full or half empty with the Warriors?

Slow news week so I reflected about my beloved Warriors.

I came to the conclusion that my views on them are pretty much always negative. In fact i struggle to think when i ever say anything positive about this team. Even when they win?!

Why is that? is that a kiwi thing? Tall poppy syndrome? Kick a dog when he's down mentality? am i subconsciously being a bully by always taking the piss out of SK and his "process" ideologies?? or shitting on players (except Foran and Mannering my two man crushes)

So i polled it.

How many of you are optimist vs the pessimists who see this team as a half empty glass?

And is it just the Warriors or a reflection of who you are as a person???

Generally I'm a positive person but now I'm not so sure.

Who can relate to what i am rambling on about?

Maybe its a process i need to go through to understand myself better.
Reactions: Maraea, Raw Power and eric

My glass is half full and half empty. I want a full glass and a trophy in the cabinet.

Some of them hate it. But others aren't too fussed at all. They are happy to wait for the easy wins so they can look like they deserve their paychecks. Then back to cruse mode.
Reactions: Akkerz, Manu's mistake, BeastMode and 1 other person

I'd say it's about three quarters empty at this stage.
A win over the bulldogs would bring it up around the half empty mark.
Reactions: Manu's mistake

Half empty when it comes to "the playing group" can't trust them.

Will give some slack to the coach, recruitment and administration, most of their issues are caused by "the playing group" being unreliable thieves for many years.
Reactions: matiunz and Lord_m_80

depends if it's before the game or after...
Reactions: Raw Power, Iafetas Kickstand Wang, Harlz and 3 others

Half full, sport is supposed to be a positive experience, why watch it if it isn't for you.Too many people, as I have in the past, invest too much emotion into it. Chill peeps, it's just a game.
Reactions: RiceOwl, AlexM, BeastMode and 1 other person

Not only is it empty, but it was smashed on the ground in a fit of rage. I've mentally checked out. I just read the results and participate in the forum.
Reactions: matiunz, Sledge, BeastMode and 3 others

Gizzyfan said:
Half full, sport is supposed to be a positive experience, why watch it if it isn't for you.Too many people, as I have in the past, invest too much emotion into it. Chill peeps, it's just a game.
Click to expand...

That's true- lets all relax and bick back.
Reactions: Iafetas Kickstand Wang, Lord_m_80, Harlz and 8 others

My obsession has turned to apathy

that would be a good thread
Toggle signature
Old people are funny
Reactions: fizurg, Iafetas Kickstand Wang, Ever Hopeful and 2 others

My apathy is turning to pity.

My glass of pity is half full for sure.
Reactions: Worried2Death

That shits too deep for me.

Half a pint of beer I understand!
Reactions: Akkerz, Raw Power, Lord Gnome of Howick MBE and 1 other person

The only change is nowadays (ie since 2013, I guess), I get less impressed with wins against Origin-affected sides than I used to. Same against, say, a win against the Cowboys where Thurston's out injured.

To counter that, if the Warriors have a major player out I'm less unhappy with a loss.

Previously very optimistic to the point of tipping them each week regardless of who we played. Bet on them to upset bigger names as we could upset anyone.

Now...hah.....we pretty much know we wont turn up and lose our bundle if against decent teams.
Toggle signature
“Insanity is doing the same thing over and over again, but expecting different results.”​
Reactions: BeastMode and Worried2Death

Half full for me. Find myself caring less and less about this team and not so worried if we miss seeing the games. Still have my season tickets, and will probably go around again for next year, 21st year same seats, but care factor is definately dropping. 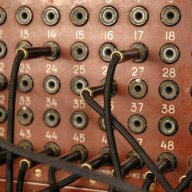 Glass is half full right now but will be tipped out if we lose on Friday. This game is our season.

My glass is empty, cracked and someone has shat in it
Reactions: hman, Maraea, danyooll and 13 others

Lord Gnome of Howick MBE said:
My glass is empty, cracked and someone has shat in it
Click to expand...

Glass is half full coz I'm stuck with what we got.

So I find myself expecting a loss, but that's not being negative, it's realistic based on lots of variables

The glass half full comes in through ongoing interest, and every game I like to follow who is playing well in a losing side.

I berate player performances ( I'm in the camp of player blame not coach) but I believe all these players are capable playing well....and thereby I hold them to account for when they don't try.

I've always believed we are well behind the eight ball before you even start talking team make up, I don't blame anyone at the Warriors for that reality.

We will always be playing catch up, so all I want is maximum effort from the 17...
they are the only ones fully accountable for showing up, win or lose.

I won't start criticising Coaches till the day it is clear every player is giving their all and the game plan is revealed to be the problem.


I haven't seen that at the Warriors for a long time if ever.

I've won comps with teams that had a shit coach....and lost under very good coaches. The constant is player effort, the desire to win and playing for your mates....not the Coach.
Last edited: Jun 19, 2017
Reactions: Maraea, eudebrito, Kalcod and 5 others

Half empty, but I'm only in it for the lols now. That's my defence mechanism for handling the humiliation of my team being a joke in two countries.
Our point of difference used to be unstructured, unpredictable sets where anything was possible, but since 2011 we've steadily become so shit it's comical. So I decided to embrace it and go full Worrierz. No expectations = no anger/disappointment.

It worked for a while, kept me interested. We had those two beautiful clowns Manu and Konnie on one edge, they were guaranteed to do something hilariously bad most games. Kenny M filled that role for a while this year but now he's getting better he's just another barely NRL standard Warriors winger. Tui was good for a few laughs at fullback. And how could we forget seeing our marquee signing Sammy Tompkins being thrown around like Pinocchio from his first game for us to his last

But now the joke's getting old. The Process is just dour and robotic so far, and it's real hard to give a shit any more. They used to be my weekend sanctuary for a couple of hours, now they're just a pain in the ass. Unless they win it this year of course., that'd be pretty funny.
Reactions: BeastMode

General Is it time?