been in the uk since monday, turned on the tv at my hotel in london on monday and the very 1st thing on was a story about lance hohaia getting knocked out at super league grand final. it made front pages of sports section in london papers.

anyway going to ireland vs france european nations game in dublin tomorrow. ill post a bit about the game on here not really sure what to expect ...looking forward to the game though and then having a few beers in dublin!
Reactions: Miket12, Defence and mt.wellington

Go to the Sugar Club afterwards 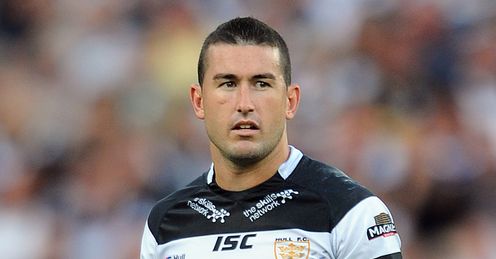 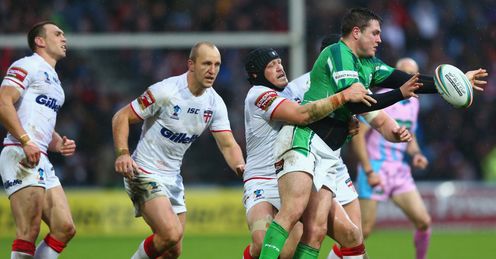 Luke Ambler: Part of Ireland side which produced shock win

Ireland made a winning start to the European Championship as they shocked favourites France 22-12 at Tallaght Stadium in Dublin.

St Helens full-back Shannon McDonnell, whose 2014 domestic season was curtailed by a fractured jaw, marked an impressive debut with two of the Wolfhounds' five tries.

Australia-born McDonnell gave the hosts a lead they never relinquished with a try after just seven minutes, having successfully chased a kick from Halifax scrum-half Ben Johnston.

Haydn Peacock, who plays his club rugby for Carcassonne, doubled Ireland's lead on 31 minutes by touching down Callum Casey's kick to give the home side a 8-0 lead at the break.

That became 12-0 six minutes into the second half when McDonnell finished off a sweeping move for his second try and Peacock also grabbed another to make it 16-0, with Ireland's goalkickers unable to add any extras in the windy conditions.

Ireland defended stubbornly though, and finally made sure of their first win for two years thanks to a last-minute try by Dewsbury's Jobe Murphy.

Ireland now take on Scotland, who defeated Wales on Friday night, at Tallaght Stadium next Saturday.

1st half was all Ireland french just seemed to be going thru the motions on a couple of occasions the french had an overlap but the center either didn't pass the ball to the winger, passed it too late or headed back in field away from the over lap! Ireland try's came from chasing kicks from near the try line into the french in goal, near the end of the 1st half a big Irish forward ran through half the french forward pack and was heading for the try line only some desperate cover defense by one of the smallest french players brought him down from 10 meters out from the line.

2nd half french again asleep going thru the motions doing nothing much Ireland added to there lead with 2 more tries wasn't until the last 20 minutes the french showed up scoring to 2 tries the second try was a dam good one, a french player stepped his opposite and ran 40 meters to score despite some dedicated Irish defense trying to stop him in the in goal area. it looked for a bit like the french may come back and win the match with the score 16- 12 with 9 minutes to go. last couple of minute there was almost an all in on 2 occasions the ref awarded a penalty to Ireland both times and both times the irish decided to go for a try rather than take the 2 points which i thought was a mistake but it payed of for them they scored a last minute try to seal the victory. France looked the fitter of the 2 sides but Ireland played as team and deserved victory.

Tallaght stadium is brand new boutique stadium and entry to the game was 5 euros so about $8 NZ, was reading the match program and it had contact details for all 10 Irish rugby league clubs, mentioned that the Irish under 19 playing Scotland u 19 as the curtin raiser to ireland scotland game next week at the same venue. All the U19 side are locals from local Irish clubs and that a couple of player in the Irish top side started at amateur clubs in Ireland and now play in English, 2 and 3rd divisions, so not all the Irish side were heritage player couple of locals in the mix. Its sad the french never really fired up till the last 20 minutes cause they had a decent amount of supporters chanting out 'allez le bleu' id say the crowd would have been about 1,000 to 1,200 at least 1/3 of crowd were french many students from the nearby university and they made a lot more noise than the Irish. I noticed the boss of the RLIF and RFL Nigel Wood at the game, hes a pretty big individual must have been a prop back in the day!

some advice to anyone coming to Dublin over the weekend book you accommodation early on Friday night i tried over a dozen backpackers and bed and breakfast hotels all were full up as everyone around Ireland heads to Dublin for the weekend and lots of tourists from Europe and UK do as well, luckily i found somewhere in the end but it took a lot of effort to find!.
Reactions: OMG

It's a shame the French don't seem to be taking their own international progression seriously, to the extent that the best Catalans players weren't in the squad. It was the same with Wales losing to Scotland after not picking any of their SL players. Do they not get anything for winning the tourney this year? In the past they got a 4 nations place.
Reactions: 2 people

Round Two of the European Championship continues this weekend, with two massive fixtures on this Saturday afternoon.

At Stadium Municipal in Albi, the French Chanticleers and Welsh Dragons go head to head in a must win clash for both nations, whilst at Tallaght Stadium, the Irish Wolfhounds will be looking to knock off tournament favourites, Scotland.

Who do you think will win both clashes?