Contributor
Saw this as I was browsing Avatars for the SOO thread.
If im right that puts him into week 1 of the finals before he returns


Greg Inglis is facing up to eight weeks on the sidelines after suffering posterior criuciate ligament damage to his knee in Wednesday night's Origin decider.
Inglis injured his knee in the first half but opted to come out for the second, despite the pain and the chance of further aggravating the injury. South Sydney supporters will be sweating on the results of scans, which have been ordered for Thursday.
As similar injury sidelined Queensland fullback Billy Slater last year. Morons medico Dr Roy Saunders said Inglis didn't appear to suffer any further damage as a result of returning for the second half. Saunders described his effort to play through the pain as "very brave".
Click for more photos
State of Origin - Game III


"GI made the final decision, we informed him of all the pros and cons in regards to the injury and he made his final decision," he said.
Advertisement&amp;lt;iframe id="dcAd-1-3" src="https://ad-apac.doubleclick.net/adi...icle;pos=3;sz=300x250;tile=3;ord=6.4236587E7?" width='300' height='250' scrolling="no" marginheight="0" marginwidth="0" allowtransparency="true" frameborder="0"&amp;gt; &amp;lt;/iframe&amp;gt;
Asked how long he will be sidelined, Saunders said: "He will have more scans tomorrow to determine the full extent of the injury and that will determine how long he's out for.
"It varies, it depends on if it's an isolated injury or associated injury. Scans tomorrow will clear that up.
"It [can take] four to six [weeks], eight sometimes."
The news is a bitter blow for the table-topping Rabbitohs and Inglis.
The Bunnies fullback was a firm favourite to take out the Dally M medal as the best player in the game.

That will hurt the bunnies, and could be great news for the kiwis come world cup time... If Inglis has only just come back from injury he might not be back to 100%, or potentially might not even play if he wants time to recover...
Reactions: 1 user

Wish that happened before we played them in Perth. Support QLD but Warriors come first...
Reactions: 4 users 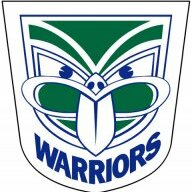 mt.wellington said:
Wish that happened before we played them in Perth. Support QLD but Warriors come first...
Click to expand...

Now I know why he had such a quite game last night. 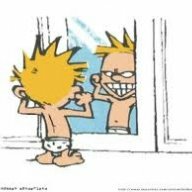 Danco said:
Now I know why he had such a quite game last night.
Click to expand...


Geez I've done my knee a few times - no way I could put weight on the leg let alone play Origin (as if I could anyway). Qld hung in tough in that 2nd half, good on GI for hanging with them but hope he hasn't done long-term damage to the knee.
Reactions: 1 user

my NNRL and Supercoach teams are dead
Reactions: 2 users

Contributor
I saw another article title saying that he hopes to only miss 2 games, I didn't read the article cause he doesn't really factor into things until finals for us now anyways. So no idea if this is a hope or an informed desicion

Don't wish injury on people but when it happens to the enemy no point being a hypocrite about it from my point of view.

Souths are so far the only top four side we would not back ourselves as a 50/50 shot against in a GF if we made it that far..
V the rorters in a GF we Don't have Tomkins this year to make it a more level playing field.

More importantly Inglis won't be at his sharpest for the World cup good.

We will lose players through injury or the corruption of the judiciary , G.I. is a little bit of Kama