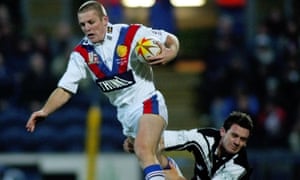 Great Britain’s Karl Pratt jumps a tackle from New Zealand’s Lance Hohaia during a Test at Blackburn’s Ewood Park in 2002. The teams have not met since 2007. Photograph: Copley Gareth Copley/Empics

The opponents for Great Britain’s first rugby league tour for more than a decade have been revealed by the Rugby Football League – with the Lions scheduled to play Tests against New Zealand, Papua New Guinea and Tonga in the southern hemisphere this autumn.
It emerged last year that the RFL was reintroducing the Great Britain team for a tour in late 2019, 12 years since the Lions last played a recognised Test. This autumn a squad led by the England coach, Wayne Bennett, will travel to Papua New Guinea to play the Kumuls for the first time since 1996, before a first-ever meeting with Tonga, who reached the semi-finals of the last World Cup in 2017.
Those two games precede a two-Test series against New Zealand – Great Britain’s last opponents back in 2007. “The return of the famous Great Britain jersey is something people have been talking about for a long time, so this is an exciting announcement for us,” the RFL’s chief executive, Ralph Rimmer, said.
“It’s 12 years since Great Britain last played a Test, and 13 since they last travelled to the southern hemisphere, for the Tri-Nations series of 2006.

It’s an honour to be involved in the revival of the Great Britain team as head coach
Wayne Bennett
Click to expand...

“While the development of the England performance unit has been a priority and a success for the RFL, across men’s, women’s and wheelchair rugby league – and will continue to be as we build towards the 2021 Rugby League World Cup – there is such history and tradition around that Great Britain shirt. We’ll be committed to respecting and honouring that tradition as we build up to the tour through 2019.”
The RFL has also confirmed that Bennett, who has been England coach since 2016, will lead the Lions on the tour of the southern hemisphere – with details of the composition of the squad and the selection process to be revealed by the sport’s governing body in the weeks ahead.
“It’s an honour to be involved in the revival of the Great Britain team as head coach,” Bennett said. “I’ve coached against them in the past with Australia, and wherever you’re from in the world of rugby league that Great Britain jersey is a famous one and I’m sure the current generation of players will be excited by the prospect of wearing it and representing their country in New Zealand and Papua New Guinea.

How many "non-English" players will there be?
Reactions: matiunz

Will include Scotland, Wales and Northern Ireland too I guess?

razzrillinger said:
Will include Scotland, Wales and Northern Ireland too I guess?
Click to expand...

Yeah ‘technically’ but pretty much all the team were English anyway with the odd exception from memory.
I think the idea behind the split was to get more international teams play but a lot of it turned into ‘heritage’ teams similar to Lebanon, Italy, some of the PI players etc
Toggle signature
Bi-Polar Supporter

Is scotsman Danny Brough still playing? he was good. they could get some "ancestry" aussies in the mix. You got "fitz" or "mac" in your surname, good enough.

hopefully we can appoint our own video refs and eye gouge with impunity.
Reactions: Defence and brightman

Wales junior RL is on the up apparently but aside from Grace who is very goodthe lads are not up to ESL standard just yet.
If they take 3 hookers, McIlorum will have a shot at making the squad. I am saying this assuming that Hodgson and Roby will be in
Reactions: Miket12

It was until the stupid world cup with Wales came along.
Toggle signature
Trainspotter 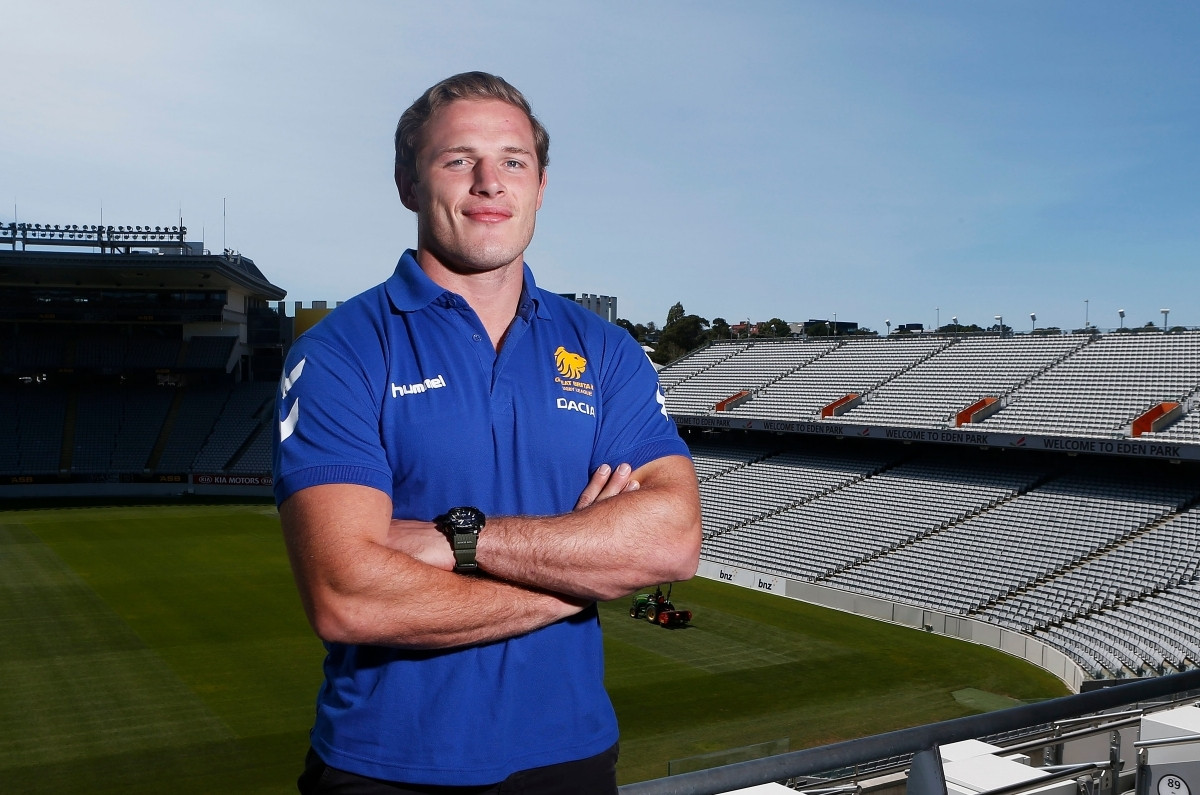 The itinerary for the first Great Britain Rugby League tour for more than a decade was confirmed in Auckland overnight – and it features Test Matches against New Zealand at Eden Park and a return to Christchurch; a first Test in Papua New Guinea in 23 years at the new Oil Search Stadium in Port Moresby; and first, an historic and mouthwatering clash with Tonga.
It will be the first ever Test between the Rugby League Lions and the Mate Ma’a – who stunned the Rugby League world with their progress to the semi finals of the 2017 World Cup, where they were beaten 20-18 in their first match against England in Auckland.
The GB versus Tonga match will be played on Saturday October 26 – two weeks after the Betfred Super League Grand Final - at the 25,000-capacity Waikato Stadium in Hamilton, south of Auckland.
The following Saturday, November 2, Wayne Bennett’s tourists will play the first of two Tests against the Kiwis, at Eden Park – part of a triple header which also features matches between Fiji and Samoa, and Australia versus Tonga, both in the new RLIF Oceania Cup

Then it’s down to New Zealand’s South Island for the second Test against Michael Maguire’s Kiwis on November 9 in Christchurch, where Great Britain last played on their last trip to the southern hemisphere for the 2006 Tri-Nations Series. That game is part of a double-header with another Oceania Cup fixture this time between Fiji and Papua New Guinea.

The tour will be completed on November 16 when Great Britain face the Kumuls in Port Moresby, an experience which has been relished in the last two years by Wales and Ireland in the 2017 World Cup, and by England Knights last autumn. But it will be the first time a GB team have played in league-crazy PNG since 1996, and the first time in Moresby since 1990 – well before the construction of the new Oil Search Stadium. The combination of the GB tour, the RLIF Oceania Cup and also the Downer Rugby League World Cup Nines in Sydney on the weekend of October 19-20, which will feature the England men’s and women’s teams, makes 2019 a bumper year for the international game.

Interesting that Great Britain were going to play Australia on their tour down under but couldn't make it work because of the $20k per player that the Aussies demand.

It's a ridiculous fee and I'm glad the Kiwis play for a more realistic amount.
Reactions: Off The Bench, Rizzah, Defence and 1 other person

On my list of things to do when I retire is watching tests abroad like this, PNG excepted
Reactions: mt.wellington and matiunz 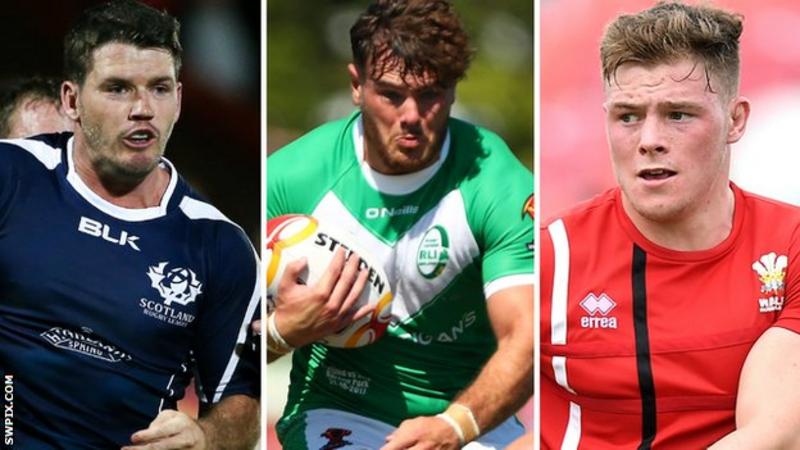 Lachlan Coote, Joe Philbin and Morgan Knowles all represented home nations in international RL
Ireland's Joe Philbin, Scotland's Lachlan Coote and Wales' Morgan Knowles have been named in the Great Britain Elite Performance squad.
England Knights winger Ash Handley and uncapped Salford forward Josh Jones have also been included.
Coach Wayne Bennett selected 29 from the home nations-qualified players across 12 Super League clubs.
The squad will be reduced to 25, and also include Australia-based players, ahead of the Lions tour next month.
Twenty of the players selected have been drafted in from the England EPS, which has run in tandem with GB throughout the 2019 season.
Great Britain have four autumn Tests coming up, which will all be screened live by BBC Sport, with extended highlights shown later each day.
Test dates
St Helens full-back Coote, 29, played for Steve McCormack's Scotland side while with North Queensland Cowboys and he and Knowles, 22, have been key figures in the club's impressive Super League campaign.
Warrington's Challenge Cup-winning back-rower Philbin, 24, was a Wembley try-scorer and has been a regular for Steve Price's side.
Only two players remain from the Great Britain squad which last featured in 2007, Wigan captain Sean O'Loughlin and his St Helens counterpart James Roby.
"As we've said since the return of the Great Britain team was announced at the start of the year, we have considered everyone who is eligible and puts themselves forward," Bennett said.
"As well as this Performance Squad of players based in England and France, we've got another group of players based in the NRL to consider - and there's still time for others who are eligible to impress and force their way in."
GB Rugby League Elite Performance Squad
Jake Trueman, Liam Watts (Castleford Tigers), Sam Tomkins (Catalans Dragons), Jermaine McGillvary (Huddersfield Giants), Jake Connor, Jamie Shaul, Scott Taylor (Hull FC), Ash Handley, Stevie Ward (Leeds Rhinos), Jonny Lomax, Tommy Makinson, Mark Percival, James Roby, Luke Thompson, Alex Walmsley, Morgan Knowles, Lachlan Coote (St Helens), Josh Jones (Salford Red Devils), Reece Lyne (Wakefield Trinity), Blake Austin, Josh Charnley, Daryl Clark, Chris Hill, Jack Hughes, Joe Philbin, Stefan Ratchford (Warrington Wolves), Oliver Gildart, Sean O'Loughlin, George Williams (Wigan Warriors)

https://www.bbc.co.uk/sport/rugby-league/49554630
Reactions: Off The Bench and Worried2Death

I've had a go at picking the end of year Kiwi squad for the GB tour.

jonesy101 said:
I've had a go at picking the end of year Kiwi squad for the GB tour.

Hard to fault your squad there Jonesy. I like it. My only question is whether they bloody Dylan Brown. Thoughts?
Reactions: Worried2Death and jonesy101

Roger Tuivasa-Sheck said he will likely play in the last 2 tests (against GB) if baby arrives around the expected date.

Tuivasa-Sheck says he's hopeful of having some involvement for the Kiwis, if the baby is born around October 14.
"If that's when the baby comes I'll make the last two games, but if not, we'll see."
Click to expand... 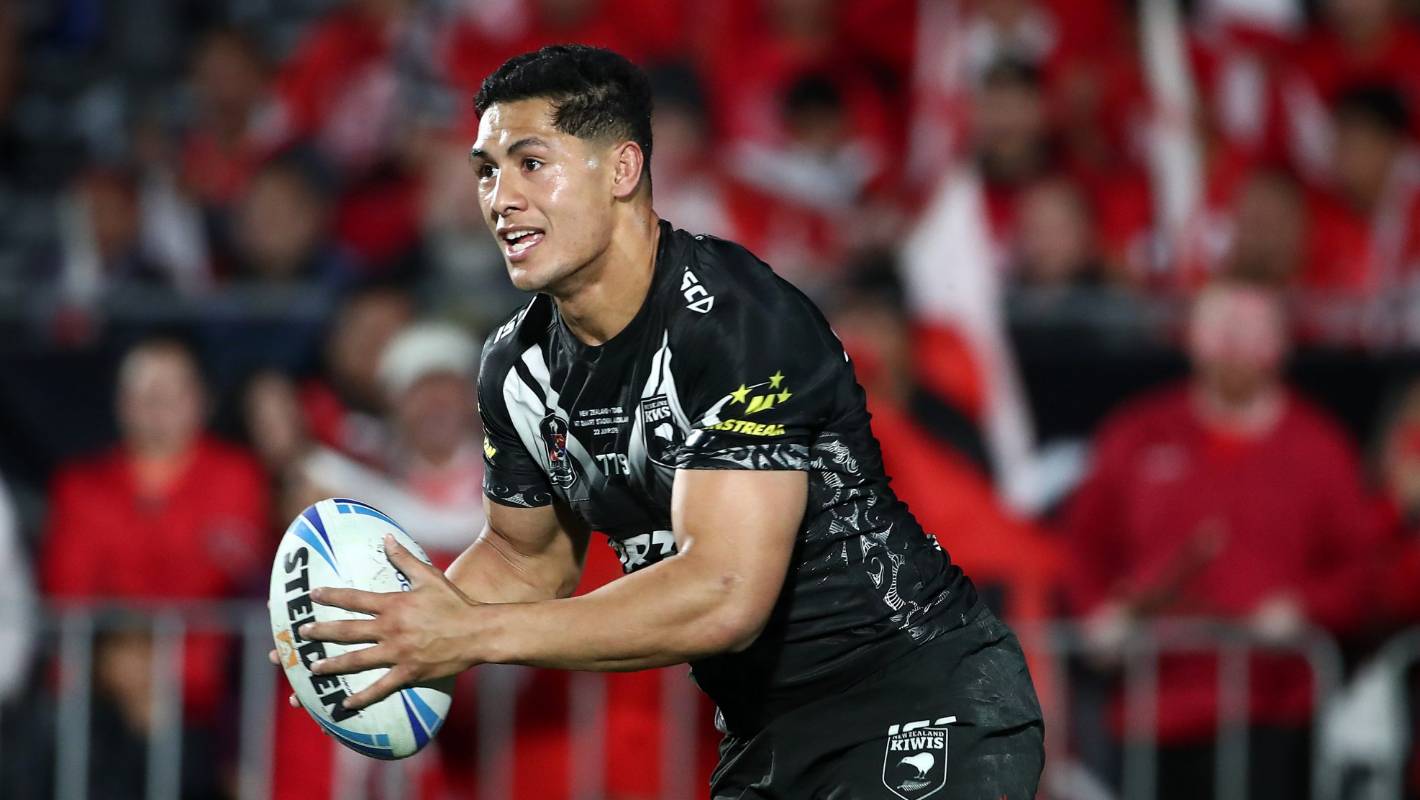 The Warriors captain may skip the Kiwis tests with the birth of his second child imminent.

Would have loved to see him in the Aussie game

RiceOwl said:
Hard to fault your squad there Jonesy. I like it. My only question is whether they bloody Dylan Brown. Thoughts?
Click to expand...

Yeah, definitely room to include him as a junior bolter in the squad, even if he doesn't take the field. The Kiwis are known for doing this in the past so I'd be very happy if he gets inclusion, even if just for the experience of being in a Kiwis camp. Not sure how willing the Eels would be to release him though given workload with his injury this year. Frustrating, but they will call the shots.
Reactions: Worried2Death

Back in the day there were a lot of Welshmen in the GB team. Better money than in the pits.
Toggle signature
Trainspotter
Reactions: Worried2Death and Off The Bench

bruce said:
Back in the day there were a lot of Welshmen in the GB team. Better money than in the pits.
Click to expand...

Plenty of Cumbrian pit men back in the day as well, I grew up on tales of Brian Edgar, Dick Huddart, Martin Hodgson, Jim Brough , Ike Southward etc. Needs an ESL team and I am convinced they’d do well
Reactions: Worried2Death, bruce and Off The Bench
Show hidden low quality content