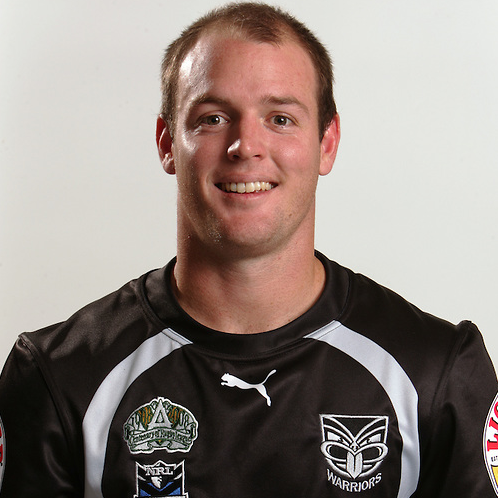 Bringing Roosters premier league halfback Grant Rovelli across the Tasman was always a smart option by the Warriors but it paid instant dividends when he turned out a top performance on debut.

The 23-year-old made immediate impact when he came on at hooker after half an hour of Sunday's clash with Melbourne at Ericsson Stadium.

He gave the Warriors direction around the ruck and took smart options out of acting half.

"The boys made it a lot easier for me," Rovelli told tvnz.co.nz after his first ever NRL match. "I came off the bench at a good time and just got behind a big forward pack."

The modest Rovelli was a cheap option for the club but a smart purchase as he looks to have a lot of potential and may well push for more game time after his telling dummy-half runs on Sunday.

"That was my job. Ivan spoke to me about it during the week and told me to get out of dummy-half as much as I could for the time i'd be out there and that is what I tried to do and just provide that extra option for Fieny [halfback Nathan Fien] I suppose."

With the confidence of a seasoned veteran, Rovelli fired a long cut-out pass deep into Melbourne's red zone on his first venture into attacking territory and put winger Tony Martin over for what appeared to be a try. Video replays confirmed that Martin had stepped into touch but the play showed off Rovelli's attacking ability.

"I was just hoping that the green light was going to come up and nothing else," Rovelli said.

"I thought it was a try and I don't know why he [referee Steve Clark] went for [the video replay] but in the end I guess it wasn't."

Despite his impact off the bench, the Warriors couldn't get the points against Melbourne, going down 22-16 in the end.

"We had asserted the dominance there but I think we just relaxed for 10 minutes.

"We didn't convert all our opportunities where they did and that was probably the difference," Rovelli added.

With a taste of first grade under his belt, Rovelli is licking his lips at the chance to get more game-time in the coming weeks as the Warriors go on the road in New Zealand - to Hamilton next weekend and Christchurch the following one.

"The crowd was awesome. The Auckland fans are unbelievable. Hopefully we can get the job done next week."

He is set for a good career if he can play every game like he did for the Warriors against the Storm.

A kinder and better looking one 2! :lol:

Cant wait to see him improve over the season, he's got tonnes of talent and will be one of our most lethal attacking options by the end of the year im picking.

Do you know something else I found out? Although Grant's orginally a Queenslander, during the representatives sides of the soo- the curtain raiser teams before the big soo each game that Grant was part of the nsw residents side.
Makes me wonder how that was...but anyway just an interesting insight is all.

A kinder and better looking one 2! :lol:
Click to expand...

LOL. Maybe the kinder but not the better looking part.

I liked what I saw in his game when he came off the bench on the weekend. I hope Cleary starts giving him more time on the field and that the guy becomes a regular starter

lets not judge him after one game.

A kinder and better looking one 2! :lol:
Click to expand...

LOL. Maybe the kinder but not the better looking part.

I liked what I saw in his game when he came off the bench on the weekend. I hope Cleary starts giving him more time on the field and that the guy becomes a regular starter
Click to expand...

Haha! Seems like I'm the only one to think he's cute! Fine by me :wink: it just means I have him all to myself!

Dude. Now I don't have much of a taste for guys because, well, I prefer the fairer sex. But I still have a fair idea of whether a dude is good looking or not.. And sorry, but Rovelli is a bit of a minger eh.

I cannot, would not, could not, will not be even a tiny part of judging whether or not any Warriors player is good looking or not, thanks.

-Dr.J- said:
Dude. Now I don't have much of a taste for guys because, well, I prefer the fairer sex. But I still have a fair idea of whether a dude is good looking or not.. And sorry, but Rovelli is a bit of a minger eh.
Click to expand...

Everyne has their own ideas and I have mine. I'm not saying any of you need to like him like that.

put put Rovelli at five-eight and Ropati should be out of team completely. I didn't see anything good from him at yesterday's game. he offers nothing at five-eigth. I saw alot of rovelli yesterday and he offers a much better option than ropati or faumuina.

Bring in George Gatis who's had 24 games for north queensland at hooker and put him onto the bench. he can be hohaia's backup.

Because alot of the times the warriors got to their opponents try line, but couldn't get through the defence and only scored with kicks basically. Rovelli and fien together make an awesome attacking combination.

How do you know that Rovelli and Fien together make an wesome attacking combination? And what's Ropati got to do with the bad kicks? That was 90% Fien there.

It's nice to ask but probably won't happen.

We can't prove they would make a god combination but it is untried and for all we know they could prove worthy. Nothing wrong with giving it a chance. Don't you think? Oh and I never had a problem with Ropo btw, I just sometimes find his defense suspect and on the odd occassion his attack is a bit miffed (but that might be because he has been made to play different positions).
I'm all for Ravs having a really good go in the starting 13

KeepingTheFaith said:
How do you know that Rovelli and Fien together make an wesome attacking combination? And what's Ropati got to do with the bad kicks? That was 90% Fien there.
Click to expand...

Yes it was Fien, but how many times did Ropati get in and control it - see that his mate was struggling and beg to be given the ball on last tackle, or be in a good position incase Fien was in trouble. 2 kicks Ropati put in, one when a try was begging he kicked it out on the full, the other went straight down the full backs throat.

take the reins off him and let him free and see what he can do!

Rovelli certainly deserves a starting spot, play him where he wants to play cause he's the best hooker, 5/8 and halfback in the club.

We still look lost when we get into the opp's 20