Has anyone got any intel on his current form?

I'm not sure if there should be any change to the balance of the side re: introducing an impact hooker but happy to entertain the discussion. Friend has been solid if unspectacular thus far, but given the vacancy that existed i've been fairly happy with his play. He's hardly had a glorious forward platform to work off though.
Toggle signature
LOCKE AND LOAD

I have seen him play once so far this year - and he was very sharp. I've seen the highlights of the other games too, and he seems to be in great form. I guess his defense leaves somewhat to be desired, but I don't think he's poor in that respect. The only difference is that he's been playing in the halves, not hooker, so we can't necessarily say his form would carry over exactly. I'm not sure a flash in the pan hooker is what we need currently. It might be a quick fix, as we aren't really creating anything through structure, so individual brilliance could win us the odd game, but I think in the long run we need to establish a solid spine. If we're going for a premiership, anyway.

Which bench spot would he take? Ta'ai's?

I don't think dummy half is the problem area. The forwards aren't giving anyone the platform they were at the end of last year. Matulino and Mateo aside, noone else seems to be able to bend the line.

Package looks like he's carrying a bit more weight than last season? He looked like Mark Tookey when Croker ran past him..

I'd give him the second backrowers bench spot, whoever that may be that week. Bring him on at lock, with orders to roam around the middle of the park - exactly how Barba was used in his formative years in the NRL. It'd make no difference defensively if he was defending at hooker with Luck/Taylor at lock or lock with Friend at hooker.

It could be worth a try.

Though I believe our problems lie in our structure - both in attack and defense. We simply have none. The defensive positional play is terrible, and some of the actual attempted tackles are laughable. There is a whole heap of jersey grabbing and upper body shots going on, and nowhere near enough stuff down low. Michael Luck must vomit every time he watches us.

Similarly in attack, noone is running forward. The ball goes across field until Simon, or Feleti decide to take the line on. Mateo is suffering from trying to do too much, though I believe that to be a symptom of the lack of options coming from anywhere else.

Definitely too much lateral movement without committing defenders. Runners need to actually engage the opposition before passing. I don't understand how a nub like me can see something that professional sportsmen can't. I won't comment on the defence side of it, as I know nothing about how defensive structures work. I was actually somewhat impressed with our attack in their 20. Obviously wasn't good, but I could see what they were trying to do and it gives me a glimmer of hope for the future, albeit perhaps being the misguided and clutching-at-straws type of hope.

ToiletDuck said:
Mateo is suffering from trying to do too much, though I believe that to be a symptom of the lack of options coming from anywhere else.
Click to expand...

Yeah, that's a carbon copy of what was happening before Ivan's reconstruction of the team.

I dont mind though, because at least he IS trying. When the rest of the team gets their shit together, he will shine.

Or should i say "if" ?
Toggle signature
LOCKE AND LOAD

You can say when. 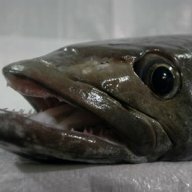 This kind of post is frowned upon on these forums. Future indiscretions may be punished...

Spence said:
You can say when.
Click to expand...

Can we remove the ellipses at the end of the warning message? It makes it seem kinda kinky.

Spence said:
Can we remove the ellipses at the end of the warning message? It makes it seem kinda kinky.
Click to expand...

It's customisable on every warning. That's just what i flopped out off the cuff.
Toggle signature
LOCKE AND LOAD

I like
Toggle signature
Tomorrow will be the most beautiful day of Raymond K. Hessel's life. His breakfast will taste better than any meal you and I have ever tasted.

I second the like. Read it out to my wife. If it counts, she thirded it. Also gave a thumbs up to 'kindly submit to our rule or fuck off'.
Toggle signature
​

Polar Bob said:
I second the like. Read it out to my wife. If it counts, she thirded it. Also gave a thumbs up to 'kindly submit to our rule or fuck off'.
Click to expand...

I changed the latter so as not to scare off impressionable young minds...
Toggle signature
LOCKE AND LOAD

Lego_Man said:
I changed the latter so as not to scare off impressionable young minds...
Click to expand...

Lego_Man said:
I changed the latter so as not to scare off impressionable young minds...
Click to expand...

Too late, I saw it. You've just damaged my young, fragile little mind.

Surprisingly, I don’t actually think we’re that far off. Its a confidence thing with them, one result and we are back in business.

Ropati HAS to go, Benry is probably the lesser of two evils at the moment. Once Hurrell can get match fit, Id obviously like to see a centre pairing of him and Inu.

As an aside the juniors centre Sio Siua Taukeiaho is going to be something special. As good as Hurrell is, Taukeiaho is the complete player. Big, fast, agile, good handling and can kick goals. Wouldnt be surprised to see him featuring in our pre season next year especially if we let Ropati and/or inu go.

Forwards wise Packer and Taai have to go. Louisi has completely outplayed them, and showed glimpses last week of his offloading game. Lillyminge can come in, and Steve Rapira would add some strength to the D and an ability to hit holes.

Friend has been a disappointment for me, he’s not bringing that passing game with him that he had at the Titans. I seriously think we could benefit from 10 minutes at the end of both halves of Godinet. His D might be fragile but he can run rings around tiring forwards.

In a couple of weeks once Luck and Lillymon are back Id play:

14.Godinet
15.Steve Rapira/Louisi
16.Lillyminge
17.Mateo
Toggle signature
Tomorrow will be the most beautiful day of Raymond K. Hessel's life. His breakfast will taste better than any meal you and I have ever tasted.


Really good team. On paper anyway. A coach with half a brain would take them to the finals easily.
Show hidden low quality content