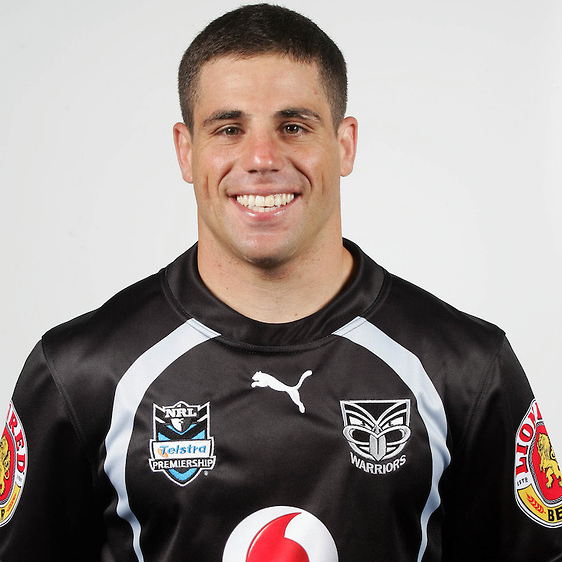 lance is definitely ready for the nrl, but all his time playing b/c, injury and in hooker i doubt an nrl club would jump at the chance to sign him as their starting halfback.
that's why i say go to the ESL and prove your worth. some guys dont improve when they go to england but some unleash their potential. look at vainokolo, hape, motu tony etc.

enterthejulz said:
this has turned from a george gatis thread to lance hohaia one lol
Click to expand...

STRIDER said:
Theres a real run gun playing hooker for the rangers in Bartercard cup called Dean shepard. Signed to the Warriors and a real prospect. I wonder if he will ever get a game?
Click to expand...

Give Dean a go, jeez he can't be worse than Gatis, can he kick??

ok did u see evarn knocked out gatis. he went off. he played from the 25minute mark to the 40minute mark. which means he only played 15minutes. he usually comes on again on the 75minute mark,but he didn't. was this because cleary was just taking the safe approach because he got knocked out? WIll gatis be back next week?

ANd i hope crockett is back. he didn't break anything. the commentators just said it's a hyperextension of the elblow so hopefully he's okay.

danielspencer2 said:
ok did u see evarn knocked out gatis. he went off. he played from the 25minute mark to the 40minute mark. which means he only played 15minutes. he usually comes on again on the 75minute mark,but he didn't. was this because cleary was just taking the safe approach because he got knocked out? WIll gatis be back next week?

ANd i hope crockett is back. he didn't break anything. the commentators just said it's a hyperextension of the elblow so hopefully he's okay.
Click to expand...

Mate, it wasn't Evarn who knocked him it was when Evarn tackled idiotic Travis Burns and then it was Burns's shoulder which collected Gatis on the chin. I think they were taking the safety approach to keep him on the bench for the rest of the match, and I don't expect him to play this weeken 'incase' Maybe nothing happens if he plays this wek but for precaution purposes it wouldn't be a good idea. (but we shall see)
As for Crockett, it could be a fair few weeks on the sidelines it looked like, it looked mightly painful....ouch. I'm not sure with those hyper-extensions but I know it ain't good even if you pop it back in coz it'll be sore for a while!

if gatis is out, you would expect hohaia to bench, byrne centre and vuna wing?

I would rather see Mannering go into the centers.... maybe bring in Fai or someone to take his spot.. well onto the bench or something

Clearly seems reluctant to reshuffle, but we saw how effective Mannering was when he returned to the centres last night. And we saw the crap game Witt had. I'm wondering if we'll see changes with those players. It's looking more and more likely.

I'm thinking, Hohaia to 6 and Mannering to centre. And if Louis Anderson isnt ready for action yet, maybe we could also see Sonny Fai in the side somewhere?

The Warriors, who last night snapped a six-game losing streak with a utilitarian effort against the Sharks, say they aren't punting hooker George Gatis - or anyone else just yet - despite the open transfer season looming and being linked to yet another No 9 for next season in Souths' rake Stuart Webb.

A 76th minute try, appropriately falling to ecstatic winger Manu Vatuvei, ensured a Warriors victory that they deserved for a battling effort in awful conditions in southern Sydney. Gatis started the game and did well enough despite claims that the Warriors have tabled a three-year deal for Webb.

However, the Star-Times understands that mail may be premature, and the Warriors have still to decide who they want as Nathan Fien's back-up for next season. Gatis remains an option, with the Warriors still talking to the fish shop owner from Townsville.

The Warriors did talk to Parramatta's PJ Marsh, and made a tentative and rebuffed inquiry, but while Webb's name has been discussed they are not that far down the track. And with five senior players still off-contract, chief executive Wayne Scurrah last night said they had not yet written off any of them for next season. "We've not had any communication with George (to say we don't want him)," said Scurrah. "We've not confirmed any contracts and we've not said no yet to any player. While this is round 13, a lot of the existing contracts say June 30 because it is a transitional year."

Breaking that awful losing run may not have done those off-contract who did play - Gatis, Todd Byrne and Epalahame Lauaki - no harm as the Warriors acclimatised best to pouring rain, gusting wind and a heavy Toyota Park surface.

While they didn't use a first-half wind advantage as much as they could have, the Warriors worked better with the conditions than the Sharks, who produced nothing in the second half, leaving their skipper Brett Kimmorley they had "played ugly" by expecting the elements to do the work for them.

The Warriors, who recalled Byrne and Louis Anderson in a reshuffle to their named side after losing Ruben Wiki with a rib injury before travelling to Sydney, turned early field position into an encouragingly early opening try.

Gatis ducked out of dummy half to put Evarn Tuimavave into a hole, then stepped out again to put Michael Witt outside his marker, Paul Gallen, to score, with Witt goaling in the absence of the omitted Tony Martin.

The Warriors didn't drop the ball until the 28th minute, but didn't produce another scoring opportunity in the first half, sustaining a long spell of Sharks' pressure before leaking a penalty goal to wing Luke Covell four minutes before the break. By then, Gallen - who told yesterday's Sydney Morning Herald that he "just wants to go out there and hurt people" - was on report for his second high shot of the game, a swinging arm on Patrick Ah Van.

Chiefly kept at bay by the excellent Sharks fullback David Simmons, the Warriors gave their former wing Misi Taulapapa a difficult evening on the Sharks' right flank and kept forcing repeat sets - well led forward by Steven Price, who clocked up 34 hit-ups for the night four days after winning the State of Origin series with Queensland. "We haven't been too far off, we've been defending really well but didn't come up with the points ... tonight we got the tries when we had to," Price said. Four minutes from time was timely enough, a superb set of six beginning when Ah Van saved a 40-20 kick and continued by Wade McKinnon's left-side surge ended when Fien stabbed a grubber past Taulapapa for Vatuvei to plunge.

The Auckland Lions went down 16-34 to the Sharks reserve grade in the NSWRL Premier League curtain-raiser.

Interesting...interesting indeed. I think they should leave it open don't let the players think anything is secure yet let 'em play out of their skins

Hasn't Webb been in PL most of the season? If so, was he injured or out of form? We should have enough cover at 9 and Fien hasn't looked brittle, Lance or even Jerome should be able to slot in if they don't keep Gatis. I don't get it!

I've always thought of him as a very good player and was flabbogasted that Irvine was starting ahead of him at the Rabbits. He was working very effectively at one stage with Craig Wing at the Roosters and then he found himself behind Irvine who has a well documented problem with passing left to right (unless of course he's rectified that). That was the thing that hindered Daniel's progress particularly at the Eels.

Webb is a strong runner of the ball, and has a sound kicking game. He's a good player, but for mine he's much of a likeness to George really. Both are quite effective without being game breakers. I'll continue to harp back to it though, should Hohaia have stayed as back up hooker, or secondly is there a hooker in the Lions deserving of a top 25 contract? Preferably, I think we should always A: look from within B: look to our lower grades, and then, and only then if no acceptable option is found, head to the market but only for a quality player. Again, this comes under my long term scope of a team that only has 3-4 Australians, of which they are on big contracts as they are representative players.

Any word on new home for Gatis as yet?

He is playing so well at the moment that you would think there would be a few teams keen on him in the NRL if not the ESL.

I am worried we made the wrong decision letting him go....but i suppose we need to back the coaching staff and give Henderson a fair go too.

Good luck to Gatis though as im sure there will be another club come knocking soon if he keeps playing like he is.

must say he is playing really well if not better than fien, hope some NRL team takes him, as he deserves a couple more years top grade.

Yeah it's good to see him doing well at the moment, if only he did it more earlier in the year.

Anyway he prefers to play on a y ear to basis hence why the Warriors decide to go for some one else. Oh well.

It depends largely on whether or not his father wants him back at the family restaurant. So he would only be looking at it on a year to year basis, which would limit his chances of joining a new club.

George has broken the last 2 games open with some stunning attack & i applaud him on how he's taken the Warriors decision not to resign him & turn it into a positive. He's been quoted saying "I want to play a bit of semi-finals football before i go back home". Good stuff George!!

sebastian said:
George has broken the last 2 games open with some stunning attack & i applaud him on how he's taken the Warriors decision not to resign him & turn it into a positive. He's been quoted saying "I want to play a bit of semi-finals football before i go back home". Good stuff George!!
Click to expand...

I know this is getting to far ahead of myself here but wouldn't it be amusing if the starting hooker in the Grand Final winning team doesn't have a club next year?

Can someone please tell me where his families fish n chip shop is based?

Cuz I could really see him fitting in well at somewhere like the Knights or the Rabbitohs and depending how close it is to his hometown could suit him aswell.
Show hidden low quality content
Share:
Share