The question is, what has the NRL had to pay behind closed doors as a result of this backdown?
Reactions: Billy Teets James

Uk Warriors fan said:
I wonder if Newcastle will get the tap on the shoulder from the NRL to lose their McDonalds Sponsorship! KFC only!
Click to expand...

difference is that they are not called the KFC knights are they? They are just a jersey sponsor....

That's what Telstra's main issue will be....

If we were called the shithouse Warriors and only had vodafone as a jersey sponsor, I doubt there would be an issue...

gREVUS said:
maybe they think that the warriors will not be based in Aus next year now. Or they think the lawyers were about to get a massive payday
Click to expand...

It is only one of two things.

1. PR stunt all along
2. Telstra have backed down due to the negative PR they have recieved over the last 24hrs
Reactions: Murraytd, Akkerz, Hazman and 5 others

Stalefish540 said:
It is only one of two things.

1. PR stunt all along
2. Telstra have backed down due to the negative PR they have recieved over the last 24hrs
Click to expand...

defs number 2. you would honestly be surprised how stupid and out of touch the people who makes these calls are
Reactions: Murraytd, Akkerz, J_P and 1 other person

Phew at least all of our jerseys will still have correct sponsor. I remember growing up saving for a jersey and you buy it and next year its out of date.

Mind you its probably worse now instead of having the wrong jersey the whole design gets changed.

Stalefish540 said:
It is only one of two things.

1. PR stunt all along
2. Telstra have backed down due to the negative PR they have recieved over the last 24hrs
Click to expand...

Has to be number 2. Has to be.
Toggle signature
From Canada, lives in NZ, loves the Warriors.
Reactions: Stalefish540

Canadian_WarriorFan said:
Has to be number 2. Has to be.
Click to expand...

Probably this with a realisation that there isn’t another major sponsor who can replace Vodaphone atm
Reactions: J_P and jonesy101

Great news.
This could have ended the club in a worst case scenario.
Reactions: Waiting For Premiership

wrighty said:
Great news.
This could have ended the club in a worst case scenario.
Click to expand...

I think the Warriors were always safe - Vodafone were at worst talking about leaving the contract at the end of the year.

I'd imagine someone - or several someones - at Telstra is going to have a rather shitty Wednesday morning chat with their superiors about not being a twat in public, especially at a time like this.

At any rate the Warriors would have had several months to line up some other idiot who wants their brand tainted by an association with the Warriors. We'd have been sweet since we all know how good CG is at getting shit done pronto, right? Like that great replacement half we got for You-Bit-Me-You-Shit-Oh-You're-A-Kiwi-Oh-Chur-Then Shaun Johnson, ...Um...Whatisface...

As for other teams and sponsors and naming rights, I present this piece: 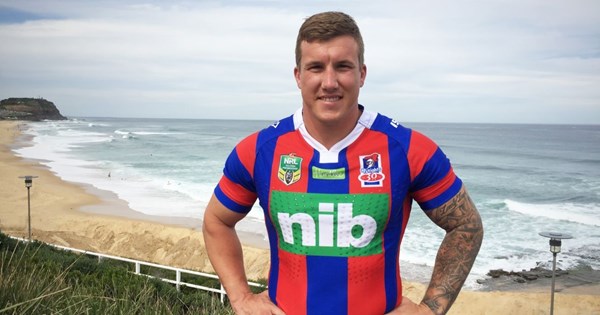 A new three-year sponsorship will see nib become the Prinicipal and naming rights partner of the nib Newcastle Knights.

"Make some noise, Newcastle, for your team, the nib Newcastle Knights!!!"
Toggle signature
The NRL Video Referee Says "WOOF! WOOF!" As It Taps It's White Cane...

There's no shortage of sponsorship dosh in Auckland for the Warriors under general circumstances.

The Pandemic does throw a curve ball with uncertainty around where we will be playing next year etc.

What this has done is publicised the end date of the current Vodafone contract (which would have been well known by all in the commercial world anyhow).

$1m per year is quite frankly chump change for most business at the big end of town which ultimately is a tax deduction anyway.

If / when Vodafone get cut there will be a long line of suitors
Reactions: Tragic

After I googled and played around with numbers the $1m Vodafone loss would be a heavy hit but given they make $30M according to one source they may be able to survive by cutting the women's team and or some junior pathways.

Here is some quotes I found out of interest.

"Warriors were on track for $30M Total revenue this year prior to Covid shake up".

After I googled and played around with numbers the $1m Vodafone loss would be a heavy hit but given they make $30M according to one source they may be able to survive by cutting the women's team and or some junior pathways.

Here is some quotes I found out of interest.

"Warriors were on track for $30M Total revenue this year prior to Covid shake up".
Click to expand...

They'll survive, including the woman's team and junior pathways....

Despite their shitiness on the field, they are very marketable, covering both Australian and NZ markets. I doubt they will struggle to find a new sponsor.
Toggle signature
President - Doom Squad
Reactions: jsmooove and wizards rage

Brett Finch won't return to the Warriors' NRL bubble after breaching the biosecurity protocols last week, leaving coach Todd Payten searching for a replacement mentor.
Payten believed bringing Finch into the group's Central Coast base would not only inspire the side in a turbulent season, but would be mutually beneficial for the former NSW Origin half.
But after learning Finch had breached strict biosecurity measures in the moments after last week's loss to Penrith, a disappointed Payten said he would not be returning to the club.
"He left straight away, he didn't get the chance to speak to anyone," Payten said on Wednesday.
"He apologised to the team manager and he apologised to me and I'll pass that on to the team.
"He was pretty annoyed and upset, which is understandable because I know how much he enjoyed the week with us.
"He's had several challenges since he retired and I knew getting him in would be good as much for him as it would be for us so in that regard, I was really disappointed."
Finch was not fined by the NRL for recording a podcast away from the Warriors' Terrigal base because he is not a registered player or official.
However, Payten said he was disappointed in Finch's actions.
In the days since, he has reached out to former Wests TIgers teammate Chris Heighington to join the club, but his request was denied by the NRL.
The dual-premiership winner played 300 games across three clubs but now works as a trainer with athletes - a role the NRL deemed too risky.
It could have been the boost the Warriors needed ahead of Sunday's match against Canterbury.
The Warriors are dealing with a new injury woe after halfback Chanel Harris-Tavita and Adam Keighran had a head clash at training.
Keighran was taken to hospital for a CT scan that came back clear, but was ruled out immediately, while Harris-Tavita is a 50-50 chance to take on the Bulldogs this weekend due to the knock.
He will see an independent specialist to get the tick of approval to play, but Payten said he would err on the side of caution.

Payten would not name Harris-Tavita's halves replacement, but said the 21 players named this week are the only ones available, with the rest either injured or suspended
Last edited: Aug 19, 2020
Reactions: snake77 and Worried2Death 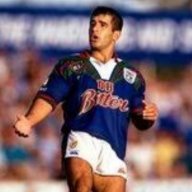 Tony Martin said:
Probably been in the pipeline for a while.
Good thing is we won’t be called the vodafone warriors anymore. Autex warriors doesn’t really have the same ring too it does it
Click to expand...

Should be the Auckland Warriors again. Never should've changed. Remember the 0800 easyLPG hawks in the NBL?

Not to sure which thread this fits best.

On the Matty Johns podcast they were talking about coaches and hiring coaches that best fit the team and the clubs personality. I thought of our reputation for throwing the ball around and Kearney.

Most clubs go out and interview and get sucked in by who interviews best.

We didn't wait for Bellamy but we still got suckered by the powerpoint and the good interview.
Reactions: Akkerz and Worried2Death

Rugby league: How the Warriors can still finish fifth...or last

They still have a chance.

The New Zealand Warriors could still finish as high as fifth, or as low as last, as they enter the final five-game stretch to one of their hardest seasons in the club's history.

Having played every game in Australia to travel restrictions around the Covid-19 pandemic, the Warriors currently sit 12th on the table with six wins from their 15 games.

They are one of four sides on 12 competition points, two wins outside the final playoff spot.

According to NRL.com, Todd Payten's side are out of the running of cracking the top four but can still finish as high as fifth, with victories in their final five games. Four of the side's remaining games are against teams currently inside the top eight.

The Warriors have gone through the best run of the season over the past month with three wins from four games.

The bad news is that the Warriors could still finish with the wooden spoon but that would need the last-placed Bulldogs, eight points back, to have a strong finish to the season.

The Warriors are paying $21 at the TAB to crack the eight.

The Titans, Cowboys, Broncos and Bulldogs are all out of the running for the playoffs while seven teams could still claim the minor premiership. Yes, the Warriors still have a chance.

www.nzherald.co.nz
Toggle signature
For they were Warriors ..... these mighty men of Valour
1 Chronicles 12:21

Uggh my math had 4 games, not following the draw haha.

Well, I think there is a very good chance we can finish 8th. Shaun Johnson did us a solid by not playing for the Sharks and their loss on the weekend, is a shame the Cows couldnt do the same to beat a woeful Knights, who might get a rev up this week.

But if you gonna make the 8 you gotta be able to beat 6th, we do so and I think a last 6 game sprint from the Warriors will see them finish 11/20 and sneak in . Fingers crossed.
Reactions: Worried2Death

Great article about the behind the scenes about what the team has been going through. 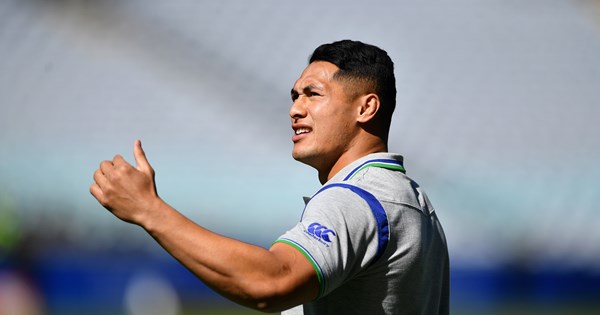 In the trenches as one: How Warriors rose from 2020's darkest day

Roger Tuivasa-Sheck's youngest son started crawling for the first time last week, while his dad was over 2000km away. His sacrifice, along with that of the entire Warriors club, could finally awaken the NRL's sleeping giant.

Canadian_WarriorFan said:
Great article about the behind the scenes about what the team has been going through.

In the trenches as one: How Warriors rose from 2020's darkest day

Roger Tuivasa-Sheck's youngest son started crawling for the first time last week, while his dad was over 2000km away. His sacrifice, along with that of the entire Warriors club, could finally awaken the NRL's sleeping giant.

I'm starting to get an emotional connection to the team in a way I haven't felt for years, and I think I'm falling in love with Roger but I still can't get Shaun out of my mind. This show is still better than Shortland Street.
Last edited: Aug 27, 2020
Reactions: Hazman, Big_Fattz, Geoff Public and 4 others
Show hidden low quality content