Kicks off this Thursday with St Helens v Wigan.

Contributor
There was talk Foxtel wasn’t going to air the ESL this year but thankfully they still seem to be.
Curious to see how our cast offs go with Leeds this year
Reactions: 1 user

Anyone know how Konrad Hurrell went during his first run???

mt.wellington said:
Anyone know how Konrad Hurrell went during his first run???
Click to expand...

matiunz said:
There was talk Foxtel wasn’t going to air the ESL this year but thankfully they still seem to be.
Curious to see how our cast offs go with Leeds this year
Click to expand... 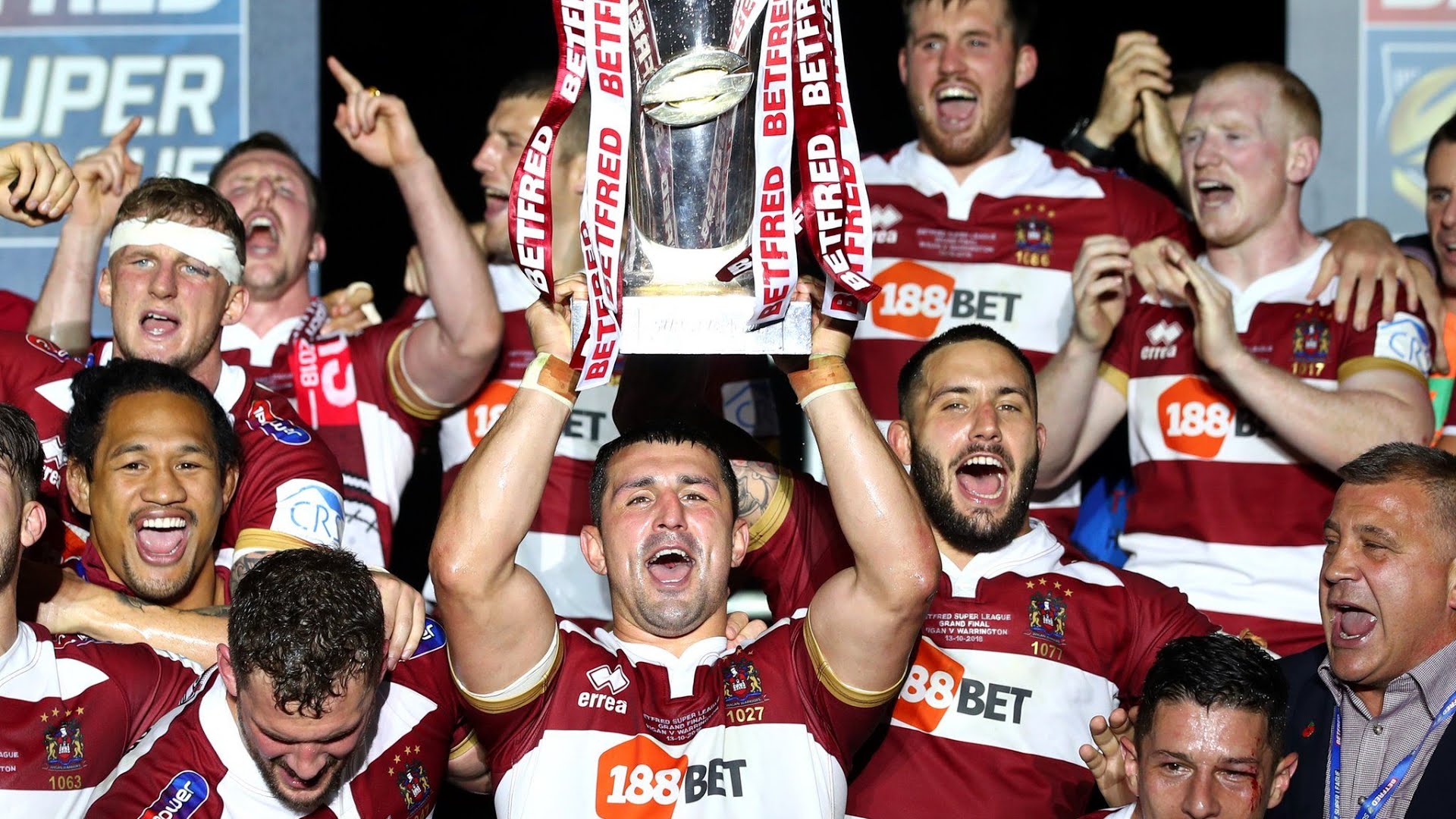 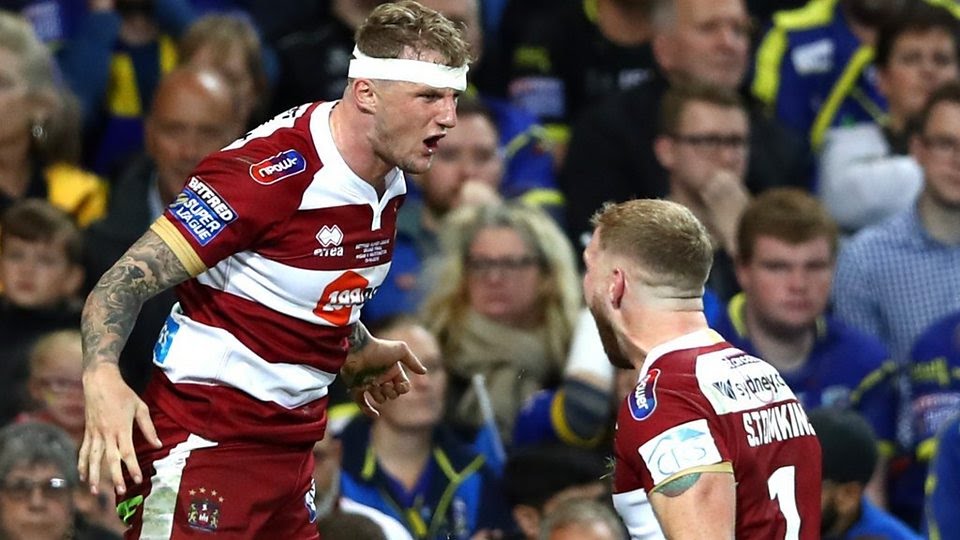 Video captionWigan beat Warrington in Super League Grand Final
Super League champions Wigan Warriors have been given a two-point deduction for a salary cap breach during 2017.

The penalty, which includes a £5,000 fine, relates to six separate payments totalling £14,700, which were not declared to the Rugby Football League.

The Warriors have said they will appeal against the points deduction as the breach "did not affect the competitive balance of the competition".

As it stands, Wigan will begin their 2019 campaign on minus two points.

They face rivals St Helens in the opening Super League match of the season on Thursday.

"Throughout this process, Wigan have been fully cooperative and transparent with no suggestion of concealment or deception and acceptance formally of the breach," said Warriors chairman Ian Lenagan.

"This is not an integrity or dishonesty issue, purely an administrative error by a new financial team in an exceptionally busy and disruptive circumstance.

At an independent tribunal, the club admitted the sums, which included a flight allowance and payments to player agents, should have been included in their 2017 cap valuation.

Lenagan said he accepted that a fine was "justified" and that he took "full responsibility" for the breach.

But, in a club statement, Wigan argued they "gained no competitive advantage" and that 2017 represented their "worst performance since 2006".

The Warriors, who beat Warrington Wolves in last year's Grand Final, won the World Club Challenge against Cronulla early in the 2017 season, but ended up finishing sixth and lost to Hull FC in the Challenge Cup final.

This is more a technical breach, rather than a case of a club breaking the rules to gain an advantage.

Over-spending by £14,700 on a salary cap of £1.825 million is hardly a breathtaking act of financial manipulation.

But it does break the rules and lines have to be drawn, so Wigan start the year with a two-point deduction.

How costly that deduction will be, only time will tell. It could make a difference to their chances of reaching Old Trafford when the race for the Grand Final comes to a head in September. Who knows at this stage?

The timing is not great, a day before the first match of the new Super League season, with Wigan travelling to old rivals St Helens in that very first fixture.

But this was a ruling that had to be published before the campaign began to ensure full transparency.

Excellent game for the first one of the season
Reactions: 2 users

Contributor
Warrington absolutely dominated the Rhinos. In former Warrior watch both Hurell and Tui hardly set the world in fire,
Hurell tried hard but was well marked and had a bit of an issue holding the ball at times- he looked pretty big in terms of playing weight...
Tui was completely invisible, you wouldn’t have known he was playing if his name wasn’t on the playing sheet, I can remember one good kick and a lost ball from him- on the plus side he looked in good shape.
On a side note how many sponsors do the super league teams have?!? I counted
3 x back of shorts
2 x back of jersey
2 x each shoulder
3-4 on the chest(one jersey maker)
1 x stomach
1 x socks
Reactions: 4 users

I watched three games over the weekend.

I didn't realise the London Broncos were back in the Super League.

razzrillinger said:
I watched three games over the weekend.

I didn't realise the London Broncos were back in the Super League.
Click to expand...

Yeah I was kinda hoping Lolohea and Hurrell would shine in ESL but they didn’t stand out at all.
London got promoted this year after it looked like Toronto and Toulouse were more likely
Reactions: 1 user

matiunz said:
Yeah I was kinda hoping Lolohea and Hurrell would shine in ESL but they didn’t stand out at all.
London got promoted this year after it looked like Toronto and Toulouse were more likely
Click to expand...

Yeah on paper their team isn't half bad but once again Lolohea made some pretty foolish decisions and Hurrell will be lucky to get through half the season, he's so injury prone.

Widnes are in deep financial trouble it would appear. Relegated from ESL last season, talks to sell the club to an investor broke down earlier this week. Players haven’t been paid and this weekends game against Sheffield has been postponed

How come there were only two games last week? I understand that the WCC was on but why did lots of other teams get a rest? 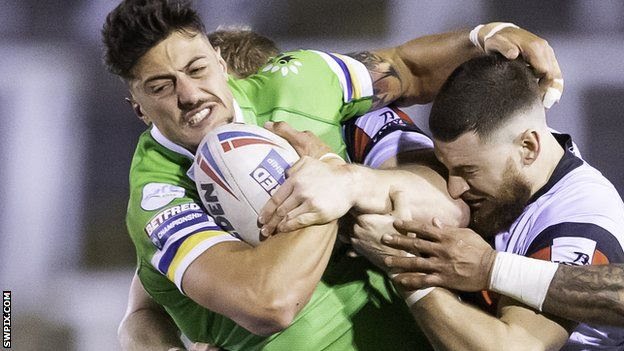 Widnes Vikings have been deducted 12 points after going into administration and face liquidation if suitable investment is not found by next week.

A proposed takeover fell through on Tuesday, while Sunday's game against Sheffield Eagles has been postponed.

Widnes were relegated from Super League last season after a seven-year stint.

In a statement, the Vikings board said it felt "sadness and disappointment", adding that some board members have received "sinister threats".

"Having made extensive efforts in recent months to find investment opportunities, we have been unable to avoid this situation," the statement read.

"The administrators have extensive experience in supporting businesses with the same challenges faced by Widnes Vikings and have a strong understanding of rugby league. We believe that they are the right appointment for the club and sincerely wish them success in their endeavours.

"Members of the board have received sinister threats, as well as threats to their property and families. These threats will not be tolerated and have been passed on to the police for review."

It was confirmed at a news conference on Friday that talks had been held with one consortium, while two further parties have also come forward.

Earlier this week, the Championship club received March's central distribution money from the Rugby Football League early so that they were able to pay their players.

The Vikings are one of the most recognisable names in English rugby league and enjoyed their most successful era in the 1970s and 1980s, winning three league championships, four Challenge Cup finals and the World Club Challenge in 1989 during that period.

But they fell on hard times after being relegated from Super League in 2005 and went into administration two years later, before being taken over by local businessman Steve O'Connor.

The Vikings returned to the top flight under the licensing system in 2012 but did not finish any higher than seventh in the table during their most recent spell in Super League.

And now he scores
Reactions: 1 user