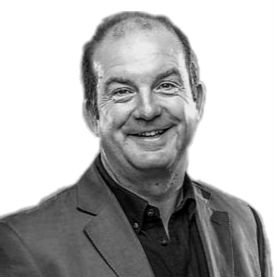 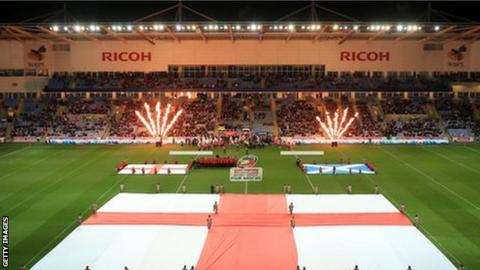 England's rugby league side played their Scottish counterparts in last year's Four Nations match at the Ricoh Arena
Rugby union side Wasps have revealed they are interested in the possibility of setting up a Super League club in Coventry.

But they say they need to bring more rugby league events to the Ricoh Arena before considering whether to start a franchise.


"If that did work, then we would have a serious look at it."

Wasps moved into their Coventry base just over two years ago after spells ground-sharing with football clubs QPR and Wycombe Wanderers.

This season they expect to average over 17,000 for home matches.

"We thought that was an outstanding success," said Armstrong. "There was 8,000 or 9,000 fans from this region who purchased tickets and came along on the night. That was very encouraging for us."

'We want to make sure we're ready for it'
Wakefield chairman Michael Carter recently told the BBC that brief discussions had taken place among Super League clubs about the possibility of relocation.

And the RFL says it would consider any application to move a current Super League side into a new town or city.

"I should think it will have its challenges with the fan-base," said Armstrong.

"So we're looking very carefully at how rugby league expands and how we can build our audience in the Midlands and around Coventry.

"I think that's a bit of a stretch at the moment. Before we got as far as that, we'd have to work hard on establishing our audience.

"It's a big venture and we'd want to make sure our fan-base and our audience is ready for it, rather than building it from scratch or on a little bit of hope."

Wasps missed out on hosting this year's Magic Weekend - on which every Super League fixture is played in one venue over one weekend - with Newcastle's St James' Park accommodating the event in May.

But Armstrong says they will push hard to host next year's event at the Ricoh.

"This year we submitted a bid and we discovered that all bar one club in Super League is closer to Coventry than Newcastle," he said.

"So we know we are not far away from the heartland, we know we've got a strong and interested audience, so our dipping the toe in the water will probably continue. We'll bid for it again for next year."
Reactions: bruce

It would be interesting if Toulouse and the Catalans have to play each other in the promotion/relegation game!
Reactions: bruce and mt.wellington

Thought I'd show all divisions this week - from the beeb;

Catalan at there or thereabouts is good for the French connection.

Salford....the throw big money at a club experiment look to be going OK.

Wigan are always there or thereabouts....our sister club.....thanks to Dean Bells time spent drinking warm beer with his former side while building a Warrior empire playing backrowers at center....

Sup42 said:
Wigan are always there or thereabouts....our sister club.....thanks to Dean Bells time spent drinking warm beer with his former side while building a Warrior empire playing backrowers at center....
Click to expand...

What ever happened to that idea (what did we play, one pre-season friendly and then it died?)

Short week this week due to the Challenge Cup;

No ESL or Championship this weekend due to the Challenge Cup but the lower leagues played;

Sorry for the lack of updates - been super busy at work
Reactions: mt.wellington

Lord Gnome of Howick MBE said:
It would be interesting if Toulouse and the Catalans have to play each other in the promotion/relegation game!
Click to expand...

This is actually looking quite likely now
Reactions: Miket12