I can't blame other CEO's in turning the role down; especially if they are getting paid a higher salary plus bonuses in the corporate world.

That plus getting up at the same time each day to go to work and a lot of your work can be structured. You can plan on growing the business, you can live out of the public eye. Now compare that to the head of the NRL with reporters wanting to call you as your the CEO instead of calling the guy in charge of that area such as the Integrity Unit etc. You get called all hours due to drunken behavior, simulated sex with animals, assaults. That all changes the week you had planned.

Gallop got sacked for being reactionary. Well a big part of you role is reacting to all of the negative press, player issues.

It would be a great job being able to wield the big stick on the sport. But I'm looking at it from the point of view as a league fan. Most outsiders probably pick up the Daily Telegraph and browse the sports section and think another reporter, CEO, coach having a go at the NRL CEO again. Yeah no thanks.

To get an outsider they'd need to find someone who thinks getting into sports administration would be interesting. Dave Smith and Jim Doyle have both said something similar when moving into their roles. Whoever gets the role I hope they have a thick skin as they are going to need it.
Reactions: mt.wellington

snake77 said:
Gallop got sacked for being reactionary
Click to expand...

I thought it was because he came from News Corp.

snake77 said:
Most outsiders probably pick up the Daily Telegraph and browse the sports section and think another reporter, CEO, coach having a go at the NRL CEO again.
Click to expand...

Owned by who? NewsCorp

NRL: Greenberg tipped to take over from Smith as NRL chief
By Steve Zemek 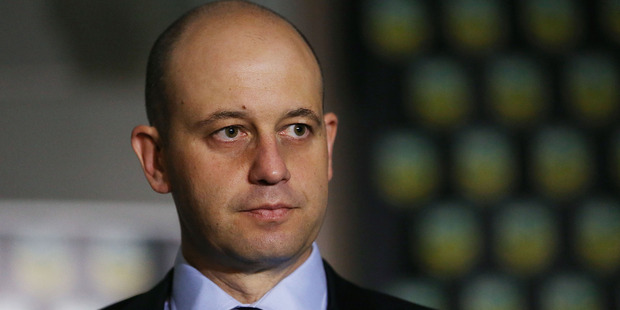 It's believed respected NRL head of football Greenberg has been given the game's top job. Photo / Getty Images
Todd Greenberg is expected to be officially rubber-stamped as the NRL's new chief executive officer in the coming days, ending a five-month search to replace Dave Smith.

While the NRL is yet to schedule an announcement, Greenberg could be unveiled as early as this week.

Greenberg has been the front-runner for the position since ARL Commission chairman John Grant announced a "global search" for Smith's successor.

After serving as Canterbury chief executive for five years, he was brought into NRL headquarters by Smith in 2013 because of his foot-balling nous with a view to grooming him for the role.

Greenberg fulfilled both the NRL's criteria for their next chief executive - that he have a corporate background as well as league experience.

And on Smith's resignation, Grant hinted Greenberg was at the head of the queue, saying he was encouraging internal candidates to put their hands up. 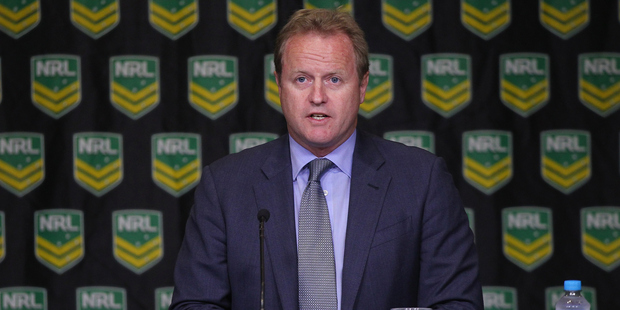 NRL chief Dave Smith is expected to be replaced in the coming days. Photo / Getty Images
"We purposefully brought on people in Dave's tenure as CEO who could potentially be successors to him over the long term," Grant said at the time.

"That was the plan. In our search for his replacement, it's an internal and external search and we're hopeful internal candidates stick their hand up. The end job for the Commission is to get the right person."

Greenberg's first order of business will be to clean up the mess engulfing Parramatta, who have been accused of illegally courting third party sponsors for their players.

Under NRL rules, all third party sponsors must be at arm's length from the club and Parramatta chairman Steve Sharp and his board are now under pressure to stand aside following several reported allegations of improper salary cap dealings.

Greenberg is well respected in league circles and has been the driving force behind several important changes to the game since taking over as head of football, including the introduction of the bunker.

He was also responsible for helping turn around the Bulldogs, moulding them into a powerhouse on and off the field.

Unlike Smith, who came under fire for being out of touch with clubs and the game, Greenberg is seen as having his finger on the pulse.

surfin said:
He was also responsible for helping turn around the Bulldogs, moulding them into a powerhouse on and off the field.
Click to expand...

and got involved in some murky scandals along the way, just saying like.

bruce said:
and got involved in some murky scandals along the way, just saying like.
Click to expand...

That just means he's the right man for the job considering how dodgy league administrator usually are.

If he gets announced for the job let's hope he succeeds so we can have someone long term. Someone who can make changes and hopefully someone everyone gets behind. All of the league people, coaches, administrators, players, media all wanted a league person in charge. It's looking like they got their man so hopefully we hear less media articles complaining about the CEO and more about the football. I know that's not likely but it would be good to see less agendas as they have what they wanted.

Todd Greenberg has his own thread...

I didn't get worked up over Dave Smith like a lot of people have. The Daily Telegraph in particular.

His time in charge was well he talked a lot about growing the sport, new markets etc but in the end he wasn't around long enough to do it. It must have been frustrating with constant criticism from guys like Rothfield or Hadley pushing an agenda and complaining about not getting an answer from the CEO instead of dealing with the guy in charge of that department. Smith even talk the time to sit down with Hadley who was complaining that he was sitting behind his desk and not doing anything. There must have been a memo that the NRL CEO reports to a muppet commentator. That must have been a riveting conversation for David Smith.

Phil Gould interviewing Smith said he believed Smith was employed to get their business side of things together. When he started doing that Gould's the first guy complaining that there are too many people employed at the NRL. A billion dollar business mind you; and they are getting rid of league people who know how to run a chook raffle business.

Not sure if Smith was employed as a change agent like John Grant is saying now. That could be him covering him leaving after such a short term or he may have been brought in to structure the NRL. Paul Kent is on the case about one of the jobs of a "change agent" is to employ their successor. Not sure where he is getting that from seems more agenda pushing. A change agent should be making changes and making the decisions etc people that won't be popular. For the NRL that's probably expansion so that is probably a failure.

A good manager or CEO may look at getting their replacement ready but as they are leaving they wouldn't be responsible for promoting them just recommending.

The Smith era has shown the NRL CEO job is a bitch of a role with the media on your case, player behaviour issues. In saying that I'd still do it in a hear beat.

The first things I'd do.