Ethereum is the only one I would invest in at the moment as it looks to actually have some functionality.

Rizzah said:
Just curious, how many hours do you spend on this per day?
Click to expand...

Monitor it over 10 hour period

The bitcoin strategy divorcing spouses use to hide assets​

Most people's to-do list for getting married doesn't involve investing in Bitcoin.

But for one 29-year-old ready to express his love for his partner, buying the cryptocurrency was one of the first things that came to mind.

"I have about 50k cash now and hope to collect another 50k between now and when we actually marry," he posted on Reddit.

"I plan to convert this into crypto but wanted to check if this is a safe option in the event of a divorce. Would the court be able to locate these assets?"

"I don't intend to divorce at any point, but life happens. My parents were in love for 20 years and that s--- still went downhill when I was a teen."

His thinking is far from romantic, but ask any divorce lawyer what they make of his dilemma and they will argue that he is on to something.

Ayesha Vardag, nicknamed Britain's "Diva of Divorce", says she has seen a five-fold increase in divorce inquiries mentioning cryptocurrency since 2017.

"It can feel like a cat and mouse game with increasingly sophisticated techniques being used by parties to hide their true wealth during divorce proceedings," she says.

"In the same way that offshore trusts and investments have been used as tools to facilitate hiding assets, Bitcoin and other cryptocurrencies can be used to hide your spouses' true worth.

Cryptocurrencies, such as Bitcoin, have become popular among certain groups because they are held in a "digital wallet" and transactions are hard to link back to an individual.

For those in the midst of a divorce, they can prove a valuable tool for masking wealth.

The pandemic has left already strained relationships on the brink. After working hard in retail and as a food courier throughout the pandemic "putting our family in danger", one mum of two wrote on Reddit that she is furious after finding out that her husband is a secret millionaire from investing in cryptocurrency. "I feel my sanity is wrecked," the 31-year-old wrote. "Is there a reason to even stay?".

Harriet Errington, a lawyer for Boodle Hatfield, believes that Bitcoin divorces are "going to become a massive issue" and fears that courts used to traditional ways of unearthing hidden wealth could be ill-equipped. "The family court is quite old fashioned I suppose, imagine a fuddy duddy judge faced with one of these issues? [Bitcoin] could be worth hardly anything or could be worth a fortune depending on the date of valuation," she says.

"[But] more and more people are going to buy into it. It's such an obvious way for people who want to hide money from their partner to do that. Divorce is the biggest threat to anyone's wealth." Obscuring wealth in digital coins is less popular in cases of large-scale asset hiding, Vardag adds. For the ultra-rich with serious amounts of money to hide, the risks offset the potential rewards.

The highly volatile nature of cryptocurrency means the value of the asset could be wiped out overnight. As one Reddit user puts it after a massive loss: "I've been investing in Bitcoin to hide money from my soon to be ex-wife. I swear, this s--- is more stressful than the impending divorce."

The last few weeks have offered inexperienced investors a strong reminder of how volatile Bitcoin is, with Tesla tycoon Elon Musk and Chinese regulators triggering sell-offs that have taken total losses to more than 40pc since April's highs.

The flagship cryptocurrency and its rivals swung wildly last Wednesday as a Chinese ban on trading triggered fears that the bubble could be about to burst. China is one of the biggest markets for cryptocurrencies, with about two thirds of all cryptocurrency mining power coming from Chinese data centres.

Like many regulators, Chinese officials are concerned about the potential losses investors could be exposing themselves to. Days earlier, Bitcoin had slumped to its lowest price since February after Musk, one of its most high profile supporters who announced earlier this year that the company had invested US$1.5bn in Bitcoin, implied that the electric carmaker could sell its crypto holdings.

He had also knocked nearly US$10,000 off the price of the cryptocurrency only a week earlier, after announcing that Tesla had stopped accepting Bitcoin as payment for its cars due to concerns about its carbon emissions.

"Most people are wary about investing substantial proportions of their wealth in cryptocurrencies," Vardag points out. "If Bitcoin and other cryptocurrencies stabilised, leading to individuals investing larger proportions of their wealth in these assets, we would expect then to see this filter through to other aspects of life including divorce proceedings."

"I have not seen any attorneys, other than myself, request information regarding cryptocurrency in a divorce action and the rule often tends to be, if the other side doesn't ask, you may not have a duty to disclose," she says.

Suspicious partners should avoid turning detective, however. "It can be tempting to hack into emails or rifle through filing cabinets, but there are strong penalties for doing that," warns Errington. "It's hard as it's tempting to open people's mail or hack into their emails and do some detective work but that's not sanctioned by the court."

As Bitcoin is used increasingly as a strategy to conceal wealth, lawyers will be racing to stay ahead of the game.

It is not just spouses that people are hiding money from. "I have a friend who has been dealing with crypto for several years and his parents have no idea," writes one Reddit user.

"They give him pocket money and he is a millionaire." 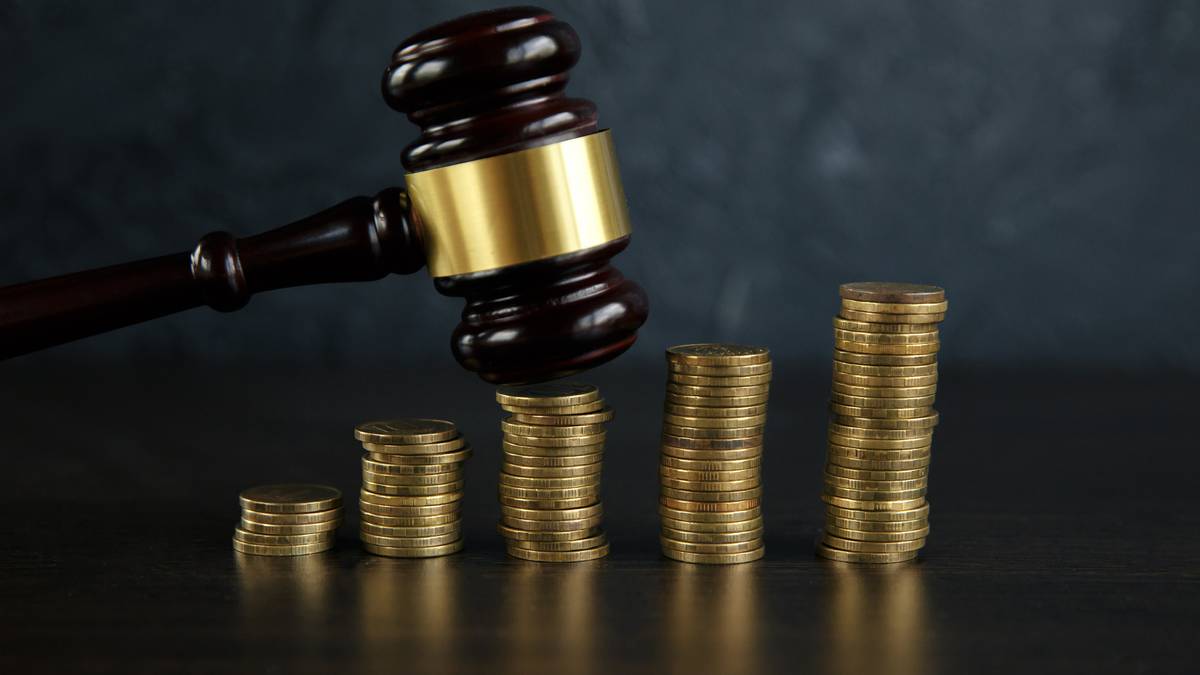 Bitcoin divorces are tipped to become a huge issue in coming years.

www.nzherald.co.nz
Toggle signature
For they were Warriors ..... these mighty men of Valour
1 Chronicles 12:21

This past week has been mental haha
Reactions: Navigator

It has been savage, but also to be expected. There had to be a correction at some point - if you think about how high BTC got in the last 12-18 months, even now it is still massively up.

But as always, don't invest what you can't afford to lose.
Reactions: dantheman and Navigator

Hope u are all still hanging in there Crypto Warriors.
Spent a fair chunk the last couple of weeks accumulating more ada, coti and vet.
Hopefully will continue to till end of June.
Toggle signature
Kiwi @ Heart, Aussie By Need.
One Team One Dream
Reactions: Kestrel84
Show hidden low quality content

General Warriors: From obsession to apathy