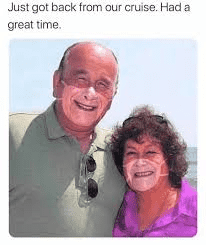 Reactions: Off The Bench, Worried2Death, Beastmode and 2 others

Contributor
Getting back to serious...Professor Souxie Wills, probably the most knowledgeable Kiwi on the subject said in an article today she worries about countries that are totally unprepared for the pandemic...so I was thinking somewhere in the 3rd world...no way...she meant the USA. Then I saw this>>>
Reactions: Sup42 and Worried2Death

Like they say...very contagious but not that lethal
Reactions: Worried2Death and Beastmode

Contributor
i see it as like the Y2K issue. before the event. the world was ending. after the event everyone is like why did we make such a big deal about it?

but everyone forgets the massive amount of work that went into turning it into a non event. nuclear reactors would have gone critical, but didnt because someone made sure before the event to stop them. well now people are working to stop the corona virus going the same way.

yes the actual death toll is low, but with world pop being what it is, how long before all our hospitals were overloaded, and that death toll starts to really climb. or worse, it mutates again into some thing more leathal?

any way thanks to everyone who is working on keeping us safe. and long may this be a flash in the pan.
Reactions: Off The Bench, Sup42, Worried2Death and 1 other person

gREVUS said:
how long before all our hospitals were overloaded,
Click to expand...

That is the real problem, hence they are doing nothing about solving it.

gREVUS said:
it mutates again into some thing more lethal?
Click to expand...

Unlikely. The mutations tend to be less severe, that is why the danger diminishes. A lot of people are carrying this virus and have no idea at all, just like the flu. The flu kills people though and so will this.
Reactions: Off The Bench, Sup42, Mr Frank White and 4 others

mt.wellington said:
You make a good point. I'll wear a condom and be guarded against Corona lol.

We are talking about an airbourne disease so your analogy is a little off.

Just seen a post at the supermarket and people are literally buying pallets of stuff in some sort of doosday preparation. In NZ. Whether its justified or not there will be panick and I'd look to get supplies in sooner rather than later. This is already seeing the start of an economic recession. People are being laid off because supplies are being held back in China. I know of one guy who had to lay off 120 temps because there are no containers to unload.

While some people laugh at this it may be an issue later on...
I’m in the industry and I know quite a few suppliers are going to have issues particularly with things you may not think of such as packaging etc that are sourced in Asia even though the actual goods may not.
The big players are seeing quite a spike in sales and are scrambling to secure replenishment while the suppliers are sitting on a surplus- how long that surplus lasts and how long it takes for the virus to burn out are vital.
There are some factories in China starting back up but they will be operating at reduced capacity for some time yet.
Reactions: Worried2Death

Gerrin! Clouds and silver linings and all that
Reactions: bruce

Gerrin! Clouds and silver linings and all that
Click to expand...

Saw the new Bond film has been pushed back from April release because of theatre closures in Asia
Reactions: bruce

matiunz said:
Saw the new Bond film has been pushed back from April release because of theatre closures in Asia
Click to expand...

They still think they are going to stop this thing? All the experts are now saying it’s going to go everywhere and most people will end up getting it and potentially it will join the regular virus’s that hit every year as we don’t appear go gain immunity after getting it.

No point in cancelling everything as it’s just delaying the inevitable...
Reactions: Beastmode, Rizzah and bruce

wizards rage said:
They still think they are going to stop this thing? All the experts are now saying it’s going to go everywhere and most people will end up getting it and potentially it will join the regular virus’s that hit every year as we don’t appear go gain immunity after getting it.

No point in cancelling everything as it’s just delaying the inevitable...
Click to expand...

exactly...killing the patient with the cure
Reactions: wizards rage

wizards rage said:
They still think they are going to stop this thing? All the experts are now saying it’s going to go everywhere and most people will end up getting it and potentially it will join the regular virus’s that hit every year as we don’t appear go gain immunity after getting it.

No point in cancelling everything as it’s just delaying the inevitable...
Click to expand...

The world is over populated anyway. 2 % mortality won’t make much of a dent.
Reactions: bruce

BeastMode said:
Yeap, fuck it, if we die. We die

The world is over populated anyway. 2 % mortality won’t make much of a dent.
Click to expand...

While everyone is walking around with their heads up their own arses hiding from a virus that is less deadly than stock standard flu they'll probably die in a knife fight over a toilet roll.
Reactions: Worried2Death, Beastmode, BiggerD and 1 other person

BeastMode said:
The world is over populated anyway. 2 % mortality won’t make much of a dent.
Click to expand...

Not when it’s only older people who won’t reproduce anyway... won’t have any effect on the worlds long term population growth
Reactions: Worried2Death, Beastmode and bruce

wizards rage said:
Not when it’s only older people who won’t reproduce anyway... won’t have any effect on the worlds long term population growth
Click to expand...

History shows when people are locked inside for any reason they screw more and have more kids...fact.
Reactions: Off The Bench, wizards rage and BiggerD

Toilet Roll fights in Aussie are amusing at the moment The bizarre fight is understood to have taken place in Chullora, 15km west of Sydney's CBD.

BiggerD said:
Me I am a gamer
So if I was isolated would probably play World of Warcraft & watch more Netflix

Toilet Roll fights in Aussie are amusing at the moment

The bizarre fight is understood to have taken place in Chullora, 15km west of Sydney's CBD.

Bet you a happy meal obesity kills more people than this concoction the Chinese have conjured up....
Reactions: bruce and BiggerD 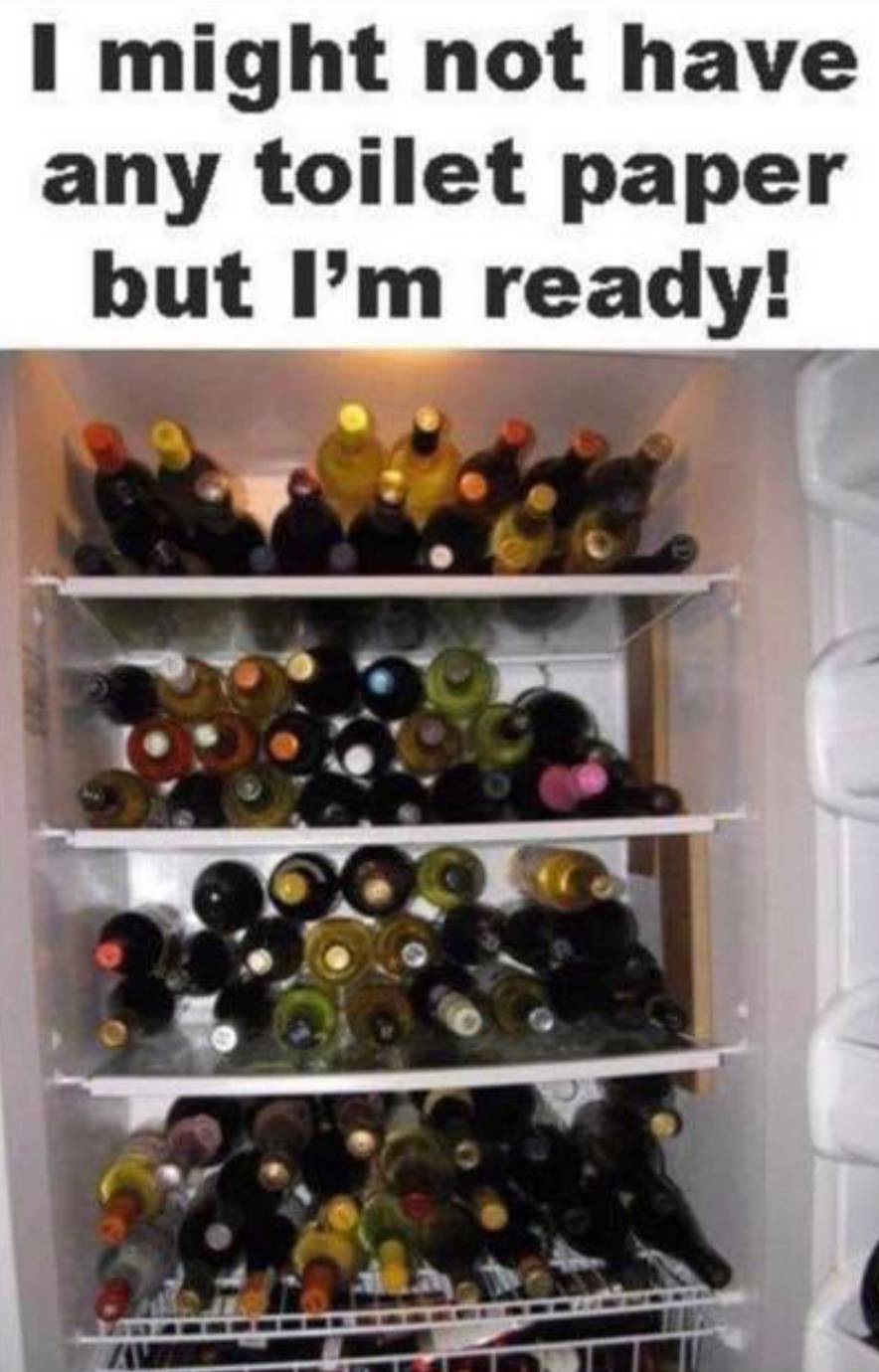 Contributor
well its begun here, they have cancelled the Katy Peary concert tonight, but for some reason are letting the F1s go ahead this weekend. The first of the school closures has happened.
So what happens if someone on the team has contact with another person who has confirmed infection. They wont let any of them fly to games etc, this could be the biggest impact on the warriors season yet.
Reactions: BiggerD, Worried2Death and bruce

Contributor
This is written by somebody with more than half a brain.

I suggest the Government's restriction on travellers from China is a discriminatory, political decision that isn't justified by public health considerations. What is the evidence for my claim?

The World Health Organisation (WHO) continues to advise against travel bans for the control of infectious diseases like Ebola, influenza, Sars and Covid-19 (coronavirus). WHO notes that, at the very best, travel bans temporarily delay the onset of outbreaks.

Furthermore, travel bans encourage countries to under-report the number of people affected by an outbreak. By so doing these countries can reduce the risks to their economy posed by travel bans and retain access to international expertise, medicines and protective equipment.

Lastly, travel bans increase the perceived threat of a disease and they heighten discrimination and stigmatisation.

Consider how the other 194 member-states of WHO have responded to Covid-19. Only 41 have introduced travel bans in response to the virus. Many of these travel restrictions are narrowly targeted on Hubei province, where the virus originated, rather than the whole of China.

Fourteen of the 41 members that have introduced travel bans are "small island developing states" with fledgling health systems, such as those in the Caribbean and Pacific. Others are countries led by populist leaders, such as Australia and the USA.

In contrast, the UK, Canada and Europe (except Poland) are among a large majority of WHO member states that have chosen to protect their people from Covid-19 by employing the public health strategies recommended by WHO rather than by travel restrictions. For example, the EU Commissioner for Health said the Commission welcomed "keeping the borders open" across the EU instead of "resorting to what could be considered disproportionate and inefficient measures".
The UK Health Secretary, Matt Hancock, said: "Overreaction has its costs too, economic and social, and so we have to keep the public safe, but we also need to act in a way that's proportionate."

The New Zealand Government has followed Australia on every step of this unfortunate journey. Australian Prime Minister Scott Morrison imposed travel restrictions from China on Saturday, February 1. The two Australasian prime ministers reportedly spoke on "multiple occasions" that same weekend and on Sunday, February 2, the New Zealand Prime Minister announced that the Cabinet had imposed travel restrictions on travellers from China.

Since then, the New Zealand extensions of the ban have been in lockstep with decisions by Australia.

Finally, the public health argument is illogical. Our Government has permitted more than 9000 New Zealand citizens, permanent residents, Australians and their dependents to return from China, with suitable self-isolation, in the past six weeks.

Not one of them has developed the disease, which is not surprising given that the incidence of coronavirus is less than 1 in 12,000 outside Hubei. But, at the same time, our Government has banned other visitors from China, most of whom (including 12,000 students) are, unsurprisingly, Chinese.

There is no earthly reason to believe that a Chinese person coming here from China is more likely to bring the disease than a Kiwi returning from that country: it is simply discrimination.