BEST Game in the World... An MMO
I have been playing WOW since 2005
CLassic which comes out Tuesday is going to be AWESOME

Look for a Warlock named COUCHLOCK on ARUGALPVP....thats me 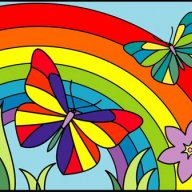 used to play a lock named Sweetbuns, on US servers But my original was a Rogue I think by the end I had one of each class, but I never got into the horde always played alliance. Predominantly played Human toons for the rep bonus because of all the rep grinds. But I loved my little gnome and its copter. Also started in 2005, man cant believe how many years I gave to that game. Gave up at the Pandorian expansion and then tried it out just recently but its not the same. The whole game felt stale and really had lost the feel that it used to have. Mind you thats why I gave up originally as well, that and all the people I knew had quit. I tried playing with a group on Australian servers called TOG (the older gamers) but over all not as good at end game progression as other guilds I had been associated with.

In the end while I am nosy to see if they have recreated that original feeling, I wont be restarting again. I am waiting for an augmented reality version that you can run via your phone while walking down the street. While I have seen a couple of companies try this, they are all in fixed environments, and no one has it working off phones yet.
Reactions: BiggerD
Show hidden low quality content