You are using an out of date browser. It may not display this or other websites correctly.
You should upgrade or use an alternative browser.
Overview Gallery (1) Discussion (47)
Murdoch-Masila signed from 2021
Richard Becht & Photosport.nz
Mon 9 Mar 2020, 07:59 AM

The Vodafone Warriors have beaten rival clubs to snare powerhouse Tonga international Ben Murdoch-Masila on a three-year contract from the 2021 NRL season.

The 29-year-old Aucklander will return home from England where he is in the final season of his three-year Super League deal with the Warrington Wolves.

The destructive Murdoch-Masila was exceptional in Tonga’s historic 16-12 victory over the Kangaroos in last year’s Oceania Cup Test at Eden Park and, in the last two seasons, has made back-to-back appearances in the Challenge Cup final as well as playing in the 2018 Super League grand final.

“Ben is right up among the best forwards in the game right now and he had plenty of clubs trying to sign him,” said Vodafone Warriors recruitment manager Peter O’Sullivan.

“It’s a huge signing for us, one we couldn’t be happier with.

“Ben always had enormous potential and has now matured into a total professional. He’ll be a real asset to have back in the NRL.”

An Otahuhu junior, he made his NRL debut with the Tigers in 2010 and went on to play 52 NRL games for the club before moving to Penrith. A two-year stint there produced only six games before he left to join the Super League.

There he made an instant impact with the Salford Red Devils scoring 22 tries in 60 matches across the 2016 and 2017 seasons before joining Warrington in 2018. He scored a try in Warrington’s 2018 Challenge Cup final loss to Les Catalans and also scored in their win over St Helens last year.

Murdoch-Masila said returning to the NRL had always been a possibility.

"I've always left the door open for the opportunity of an NRL comeback," he said on Warrington's website.

"My daughter has spent her life here and all she knows is the Wire (Warrington Wolves). When this opportunity came around I couldn't say no to taking her home to meet mine and Roxy's families.

"I want to thank all at the club for what they have done for not only me but for my wife and daughter too. They've gone above and beyond for us and after a tough first two seasons for me, and a not so good start, I will do whatever it takes to help repay what the Wire has done for me and do my best for the remainder of the year. To be remembered as the Tongan beast."

Murdoch-Masila started the 2020 Super League season memorably when he ran over Wigan’s George Burgess to score a try.

After making his Test debut for Tonga in 2013, Murdoch-Masila was a standout as he helped the island nation to the 2017 Rugby League World Cup semi-finals, scoring a try in the shock win over the Kiwis in Hamilton in the pool stages. 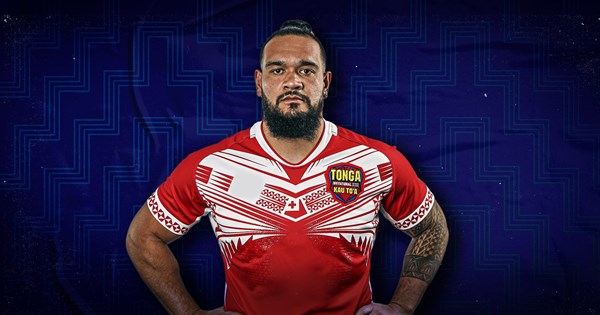 But I do think it will be Jazz vs Evans for the last bench spot. I think they will make a decision based on the match up. If they’re playing a bigger forward back they might go Evans or if it’s a faster track then they probably go with Jazz. But given the trend of faster games then I think Jazz in small minutes off the bench is the better option

Evans was only a two year signing, it’s probably more likely that he was signed for depth and to create competition for spots.

And agree with LAM but don’t think it will happen till later in the season. I think AFB and JTB will be starting together by season end.
Click to expand...

Yeah I get it , but i don't think you release Blair, Paasi , Burr and try to get rid of Afoa - sign Kane and say 'your here to make people compete....'
Reactions: Waiting For Premiership

This is always the time of year that people here look at the best 17, and go 'gee we look good.'

The reality is that our depth will become first choice for much of the year due to injury. I see Brown picking Evans ahead of JTB on reputation to start with, am not convinced it will be plain sailing for BMM and just can't see Jazz being out of the team for the first few rounds. We actually have a pack that allows Jazz to be what he is, he should go well. We also need someone to help on defence in the middle of games where I think Papali'i's efforts were underappreciated. Lawton provides utility insurance, a break for Egan if he needs it and some offensive spark off the bench, which I think we need as we still lack speed and points when I look closely at the roster.
Reactions: Noitall, Dunedin warrior, AlexM and 1 other person 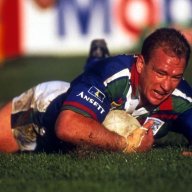 He'll need to show far more than he did for Warrington
Toggle signature
​
Reactions: zegy

There is a bit of dissent about his usefulness. He has produced at international level against the best, so he is obviously capable.

Like all players it has to be how best to use him, short bursts out wide, longer minutes wide, middle forward. I suspect short bursts, but then the team and bench have to adjust to that.

We have a whole pre season to go through before there is any chance of predicting a team. Being signed does not give an automatic pass to a starting spot.
Reactions: francis, Noitall and AlexM

Gizzyfan said:
There is a bit of dissent about his usefulness. He has produced at international level against the best, so he is obviously capable.

Like all players it has to be how best to use him, short bursts out wide, longer minutes wide, middle forward. I suspect short bursts, but then the team and bench have to adjust to that.

We have a whole pre season to go through before there is any chance of predicting a team. Being signed does not give an automatic pass to a starting spot.
Click to expand...

I think its hard to judge for us what kind of player we're getting. If it's the BMM that fired against Australia last year then he will be a valuable player for us.

But if we're only getting what we saw from him at Warrington the last two seasons then thats not NRL quality at all and he will struggle to even make the bench given we just signed Sironen who's far better IMO.
Reactions: mt.wellington and Noitall

Hopefully these guys feed off each other like the Tongan pack seems to. I thought AFB seemed to lose interest a bit this year when Hetherington stood up to him and Taupau against manly. Whether brown likes it or not I think Gould will be valuable to hold these guys to a standard. Massive competitiveness for positions so trainings will be physical, even the Montoya signing I like let alone the Sironen one because if there’s no favourites with the coach you’ve got something to play for.

TheCool said:
I mean I wouldn't call him the 'real deal' by NRL standards. He had a good game against Australia, which is where the majority of the hype on this forum has come from. Other than that, he's barely fired in the super league (a massively inferior competition). He hasn't made the super league team of the year since 2017. For someone that is the real deal, you would think he would be in the Man of Steel discussion, which I don't think he ever has.

Just my opinion, but chuck Murchie in the super league and he would produce better results than BMM, especially at the rate he is developing. BMM does have one hell of a highlights package though.
Click to expand...

Fair enough. For all we know he might play prop lol. Wouldn't surprise me. He's a pretty big unit for a 2nd rower...
Reactions: TheCool

Good impact player - him and Jazz from the bench
Toggle signature
When is the club going to do something about the current situation at the Warriors? My guess mid way through next season
Show hidden low quality content