DEAN BELL: "Kids play sport because it's fun. But going by some of these recent comments, you wonder if people have forgotten that.

Warriors Recruitment boss Dean Bell flies out to the United Kingdom today on a three-week mission aimed at building closer ties with English league stars, their clubs and agents.
The Wigan legend and inaugural Warriors captain, who now heads the New Zealand club's recruitment strategy, insists he has no intention of using the trip as a chance to negotiate any potential signings for next season.
But during the next month, Bell will attend "about a dozen" Super League games and meet with leading player agents in a bid to ensure that, down the track, the Warriors are given chances to sign the best young British talent coming through the ranks.
"It's an opportunity to build good relationships with the leading player agents over there so that when the top UK players do come on the market, that we are better positioned," Bell said.
"Another reason is just for me to watch the games."
The last time the Warriors made any high-profile English signings was back in 1995, when Great Britain internationals Andy Platt and Denis Betts were lured on big contracts to New Zealand.
Across the Tasman, however, the recruitment of Super League players has shown no signs of abating, with the likes of Gareth Ellis, Sam Burgess and James Graham all plying their trade in the NRL.
Bell says the Warriors are pleased with how their 2013 squad is shaping up. He concedes any additional big-name signings for next year, hot on the heels of last week's announcement that Melbourne Storm centre Dane Nielsen is bound for Auckland, are unlikely.
"We are pretty happy with our 2013 squad. You never say never, but it's almost complete," he said.
"Our young players are getting better as well as a couple of imports that we are bringing in.
"I'm certainly not targeting anybody in particular.
"We won't get many players from over there because we are going to produce our own – that's where most of our players are going to come from, our development system.
"But if we are running our organisation's recruitment properly, we need to be aware of everybody out there and that they see the Warriors as an option.
"If another Sam Burgess, another Adrian Morley or another Gareth Ellis is out there, we want to make sure we are better positioned, if we need him, to bring him to the Warriors."
The move by the Warriors to broaden their horizons and develop closer ties to the English Super League has been applauded by former Kiwis coach and leading player agent Frank Endacott. He boasts a spate of English players on his books and says the Warriors will be well served by casting their recruitment net wider than just New Zealand and Australia.

"What I'd say about the Warriors or any other club looking at English players is that it's a good time right now to get English players.
"The reason being is that the offshore tax incentives for overseas players aren't there anymore and the exchange rate favours playing over here now.
"There's every reason for English players wanting to come over.
"I applaud the Warriors for looking because they might just come up with the one player they need for a certain position." Bell says he will also use his time in England to float the idea of the Warriors taking on English clubs in pre-season fixtures.
"It's also a chance to probably look at the opportunity, maybe in the future, of having a pre-season game against Wigan or Leeds or a club like that," he said.
- © Fairfax NZ News

www.stuff.co.nz
A great move but it has taken a while. Would not only be a good opp to pick Englishmen but also returning Aussies / Kiwis with a season or two left i.e. Kevin Campion

I see Brent Webb is set to move on from Leeds - he'd be a good player to bring back for a season - maybe two. Surely Coach McClennan has some sort of relationship with him?

Pass on Webb...Kyle Eastmond was a player i liked the look of,but i think he is playing rugby now...I think the Warriors are dreaming in getting any young English talent,they would go to Aussie for sure

Magic Stick said:
Pass on Webb...Kyle Eastmond was a player i liked the look of,but i think he is playing rugby now...I think the Warriors are dreaming in getting any young English talent,they would go to Aussie for sure
Click to expand...


I remember hearing somewhere that Eastmond was playing as a second 5/8th in English rugby and not enjoying it particularly. The young kid that replaced Eastmond at St Helens, Lomax is a very promising young 7. Wouldn't mind seeing him over here. Jamie Jones-Bishop who plays for Leeds has a touch of class about him for a winger and would fit in nicely at the club. Ryan Hall the other Leeds winger is the best winger in rugby league at the moment but i can't see any NRL club getting near his wage bracket until the new TV deal is in place.
There are any number of forwards in England and France that would add a superior skill set and toughness to most NRL clubs. 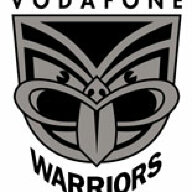 I would of thought there was plenty of talent here and in Aus to recruit from instead of traveling to the other side of the world..perhaps he needs a working holiday
Reactions: 1 user

Would love to see Webb back here, but we don't have a spot open for him.

Kaizen said:
Ryan Hall the other Leeds winger is the best winger in rugby league at the moment but i can't see any NRL club getting near his wage bracket until the new TV deal is in place
Click to expand...


I would sign that fella in a heartbeat.
He is world class.

Contributor
if you look at the likes of Sam Burgess of the Rabbits and James Graham, I think there could be the a few Gems left hidden over there.

Navigator said:
if you look at the likes of Sam Burgess of the Rabbits and James Graham, I think there could be the a few Gems left hidden over there.
Click to expand...


Not so sure either of them were 'hidden' exactly... they are 2 of the best players in their positions in the world.

Kiwi Icon said:
I would of thought there was plenty of talent here and in Aus to recruit from instead of traveling to the other side of the world..perhaps he needs a working holiday
Click to expand...


Thats what a i thought...3 week trip to talk to player agents...puh-lease!!!! pull the other one Dean Bell,that can all be done by Skype and email...if a decent English player is going to come to the NRL,they will sign with a team in aussie

Kaizen said:
Jamie Jones-Bishop who plays for Leeds has a touch of class about him for a winger and would fit in nicely at the club. Ryan Hall the other Leeds winger is the best winger in rugby league at the moment but i can't see any NRL club getting near his wage bracket until the new TV deal is in place.
Click to expand...


Kallum Watkins is a better prospective target than Jones-Bishop, he's younger, bigger, faster and has been playing 1st grade for four years despite only just turning 21. Jones-Bishop is 24 and hasn't really cemented a spot in the run-on side since debuting at the same time as Watkins. Both good players and Bluey blooded both of them in the same game so should know them well.

Sinfield would've been a good target and could've been our version of Cam Smith despite them playing different positions. He doesn't rate Bluey as a coach though.

We have a great production line at the moment but I know that it can't make good players in every position year after year. We'll also lose some to other clubs too.

My only request is to make sure we are filling holes in our line up.

What is wrong with NZ vs Aussie?

For an Englishman wanting to come Downunder NZ has many advantages over Australia such as it is not as hot here as Aussie, more English ex pats here (as a % of population - dont forget that Sam Burgess' Grandmother lives in Akld, NZ is more like England than Aussie, Dean Bell is an attraction (he is a legend in the UK, the Warriors are very good side.
Reactions: 1 user

¿N. ig-mah¿ said:
Would love to see Webb back here, but we don't have a spot open for him.
Click to expand...


I would have thought there was always a spot open for an experienced international who can play fullback, hooker, half and 5/8. If need be he can kick and likes to talk on the field too. The biggest advantage is that he knows this City.

I don't think Brent Webb is the right player for us at the moment. Those spots we have cover for.

Why would we want to bring Brent Webb back to the Warriors? The guy is 32, and would be returning after 6 years out of the NRL? No thanks. What position would he even play, line up behind Kevin and the Fish for a run at fullback?

Like a few others have said, I don't think we'd be favourites to sign English talent over Aussie clubs at present, but I think in view of where Watson/Glenn want to take the club...it'll be important for the future. Ten years ago I wouldn't have believed we would be signing top schoolboy Union players, but here we are. It'd be stupid to ignore the possibility, other clubs are doing it - even bringing former NRL stars back (Hoffman, King).

I would consider young English talent. Widdop, Ellis, Burgess is proof that there is recruitable talent, but as I said, please only in the positions we need to fill.

It's a good idea In principle but it seems like a big gamble. Asuming we can't or even shouldn't spend big bucks on top English talent, you have to Question whether its a waste of resources trawling the English game for Diamonds in the rough when its hard enough finding one James Maloney next door...
However If Dean and his family were planning on catching up with the Whanau in England for a couple of months, might as well have a Dig while he's over there.

I like the idea of a Pre Season game we don't get to compare the Comps very often.

Why do so many think a pom would sooner live in aussie than here, I spent 5 years in aussie and nearly 3 in England and apart from the advantages and therefore disadvantages that population brings, NZ has everything they offer and more. Plus dispite the current place on the ladder over the next few years the Warriors will be a genuine threat for the premiership.

surfin said:
Plus dispite the current place on the ladder over the next few years the Warriors will be a genuine threat for the premiership.
Click to expand...