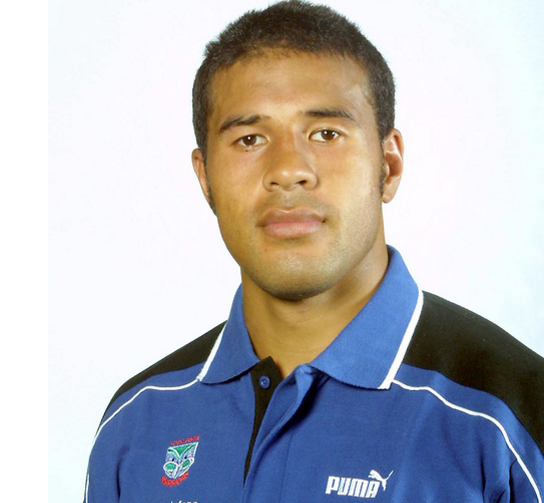 ​
A Counties Manukau Heroes player in the Lion Red Cup, in 1998 Seuseu played for the Mangere East Hawks in the Auckland Rugby League competition.

Seuseu then joined the Hibiscus Coast Raiders, playing in New Zealand's Bartercard Cup. He toured Australia with the New Zealand Residents in 2000. Like his brother Jerry he eventually made the New Zealand Warriors squad, playing one NRL game in 2001. In 2002 he was again in the squad however he did not play any first grade games.

Seuseu signed for the Halifax in 2003, a club in the English Super League. However due to work permit problems his arrival was held up and he was rushed into the squad, playing his first game the week he arrived. He played twelve games for Halifax, however his time there was not a happy one. By March he was playing games for the Academy side. He left the club in June.

Doncaster Dragons have snapped up Kiwi prop Anthony Seuseu, who was released by Halifax on Friday. The New Zealand international moved to Britain in January to take up a contract with the Shay outfit, but has not been able to secure regular starting places in the Halifax side.

The 24-year-old's contract was terminated by mutual consent, and Doncaster coach St John Ellis has moved swiftly to secure his signature on a contract until the end of the season.

"St John and I had a long chat with Anthony and he is very disappointed that he was unable to do a job for Halifax," said chairman John Wright.

The Kiwi will not play in Sunday's game at Whitehaven, but is expected to make his debut in the game against Featherstone Rovers at Belle Vue next Friday.

Poor weather conditions are preventing a team of engineers from repairing a damaged microwave link on the uninhabited island of Kao in Tonga. 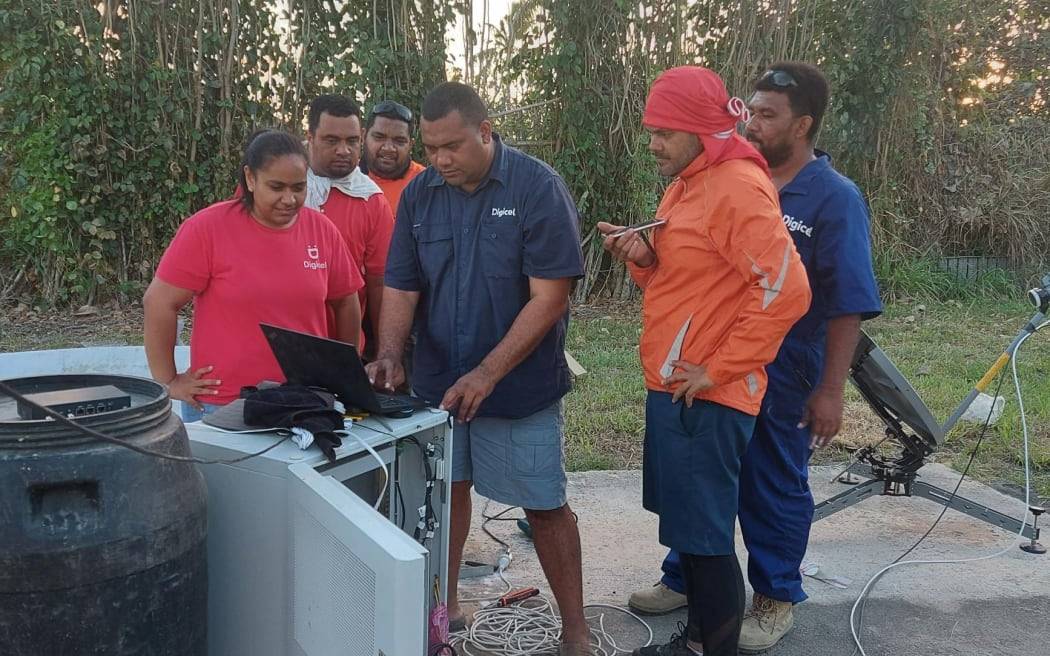 The microwave link would restore telecommunications in the Vava'u and Ha'apai group of islands, which have been cut-off from the outside world since the volcanic eruption two weeks ago.

Digicel's chief executive in Tonga, Anthony Seuseu, said he's now organising for a satellite terminal to be sent to Vava'u.

"You know because the weather forecast is bad for the next week, and we also have been trying for the last few days to get on to Kao, I can't wait any longer, I need to get some form sort of communication to Vava'u.

So what i've decided to do is to send a satellite terminal there so at least for our ICT customers, we can switch that on for them," he said.

He said a team of engineers had been attempting to land by helicopter on Kao.

Meanwhile, a specialist ship is on its way to restore the sole undersea cable linking Tonga to the rest of the world.

It's expected to arrive on Sunday but technicians may need to a few weeks to repair it. 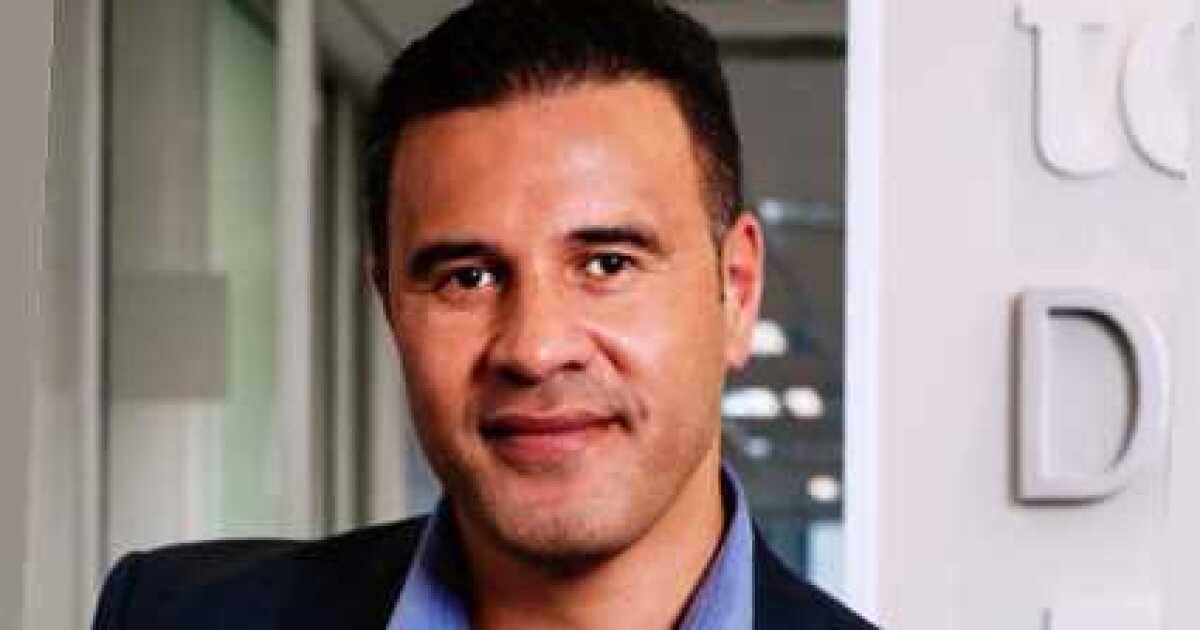 Tonga is back online after cable ship repairs 80km break

Tonga has been reconnected to the world’s subsea cable networks, nearly six weeks after a volcano blew an 80km gap in it.
www.capacitymedia.com

Tonga is back online after cable ship repairs 80km break​ 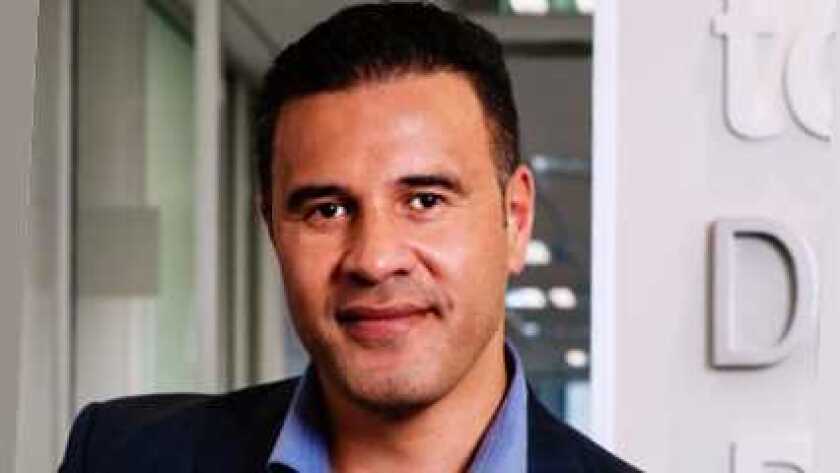 Tonga has been reconnected to the world’s subsea cable networks, nearly six weeks after a volcano blew an 80km gap in it.​

Digicel Tonga announced earlier today that all its customers are connected to the outside world as data connectivity has been restored in the main island, Tongatapu, and nearby Eua.

Anthony Seuseu (pictured), CEO of Digicel Tonga, said: “Our customers can now connect with friends and family, do their online business with international partners, surf and stream the internet seamlessly and enjoy movies, music, sport, and more on their smart devices.”

Digicel and other telcos on the island have been relying on satellite services, including US-based Intelsat, Singapore-based Kacific and Luxembourg-based SES, since the Hunga Tonga Hunga Ha’apai volcano destroyed more than 80km of the Tonga Cable, which connects the island communities to Fiji and the rest of the world.

Seuseu said that resilience of Tonga’s connections would be an issue to plan for. “We have learnt some tough lessons and we know how important internet connection is to our people. The recent incident has also provided the opportunity to our team to look at increased investment and network optimisation to plan and prepare better for a catastrophic event of such nature in the future.”

The international undersea cable between Fiji and the main island of Tongatapu is now in service, but the 410km Tonga Domestic Cable Extension to outlying Tongan islands is still down.

Digicel’s technical team has set up the satellite link to restore connectivity for Ha’apai island and are working on trying to get Vava’u back online this week.

Samiuela Fonua, chair of Tonga Cables, said the repair ship Reliance has already started working on the domestic cable. “The vessel went straight to the domestic cable just this afternoon,” he told Australia’s ABC broadcasting service. This will allow the outer-island groups of Ha’apai and Vava’u to be reconnected.

Tonga is back online after cable ship repairs 80km break

Tonga has been reconnected to the world’s subsea cable networks, nearly six weeks after a volcano blew an 80km gap in it.
www.capacitymedia.com

Henry Perenara's most infamous moment happened in September 2013 when he and Matt Cecchin allowed the Cronulla Sharks 7 tackle try to happen during the play offs. All six officials in that game were stood down and it some time for Henry to get off the naughty step. He's been given the reigns...

Anthony Seuseu in our last update was working in the telecommunication industry in Auckland doing Corporate Sales with Digital Island.

You may remember a few years ago when Eliesa Katoa was just starting in top grade and his mother didnt have a TV let alone a sports stream to watch him play. Well it was Seuseu who gifted her a TV and live stream so she could finally get to watch through his role as CEO for Digicel Group. 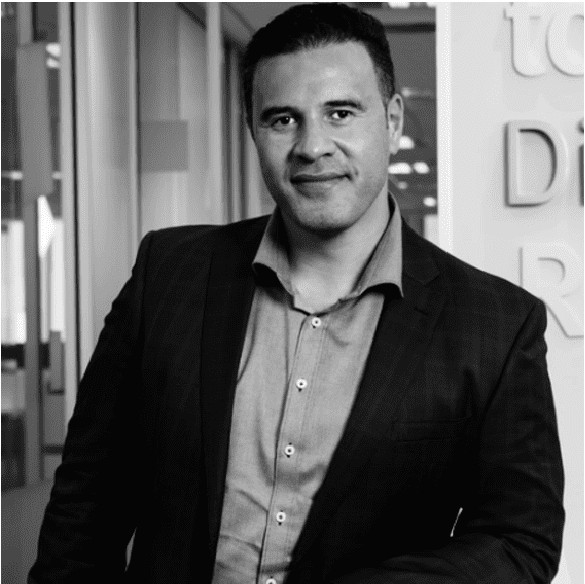 Anthony joined Digicel in 2019 after working in the telecommunication industry in New Zealand for over 15 years. A seasoned professional he is passionate about people and getting the best results for them.

He believes that a leader leads from the front through their actions. The best leaders are those who serve and put their people first. His purpose is to use his life experiences to help those around him be the best they can be. If he can help one person be better than what they were yesterday than he is living that purpose everyday. 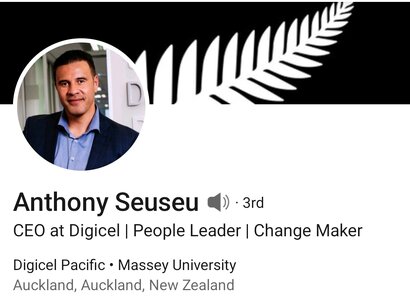 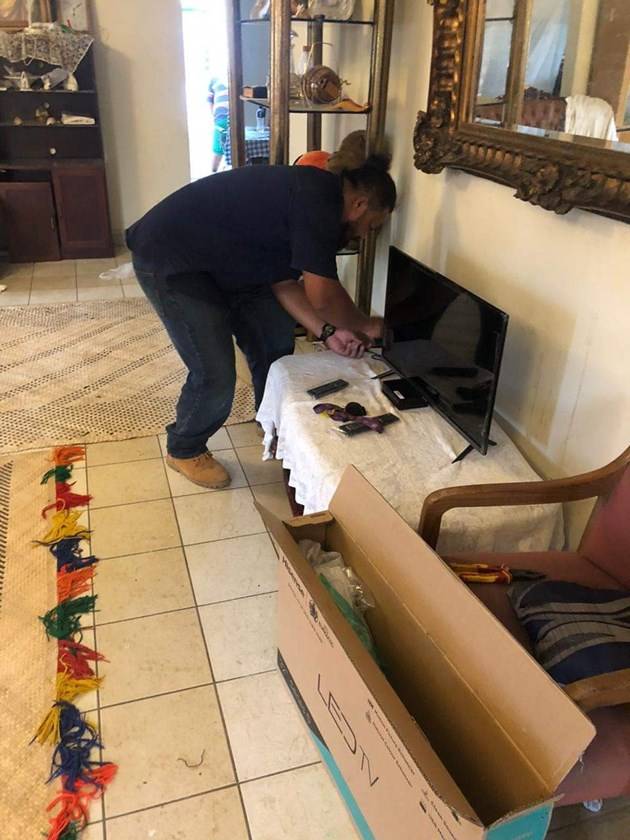 Eliesa Katoa’s mother Akanesi had never seen her son play a live game of rugby league before – but that all changed last night thanks to an act of human kindness from Vodafone Warriors old boy Anthony Seuseu.

During a media interview from the team’s base in Terrigal earlier this week, 20-year-old Katoa, who has stormed onto the NRL scene in 2020, had revealed there was only one television set in the village of Koulo where the Katoa family lives in Tonga.

Picking up on it was Digicel Tonga’s CEO Seuseu, who played one NRL match for the Vodafone Warriors alongside brother Jerry in 2001.

With his staff he immediately set about tracking down Akanesi so he could gift her a television and a Digicel Play subscription enabling the Katoa family to watch Eliesa play for the Vodafone Warriors for the first time last night.


They caught up with Seuseu and Tonga’s NRL game development manager Tavake Fangupo, watching on as the Katoas had the thrill of seeing Eli live in an NRL match for the first time.

More than that, watching him score his second NRL try - and he might well have been awarded a second - as the Vodafone Warriors came away 37-26 winners in a thriller. 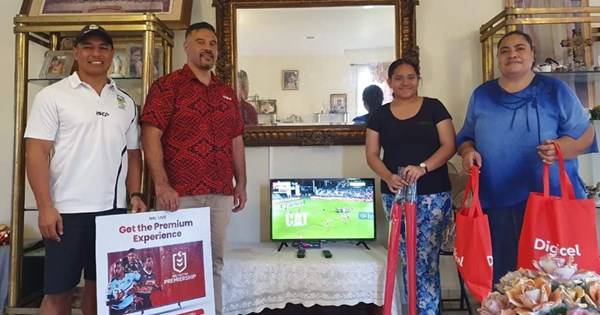 Eliesa Katoa's mother Akanesi had the thrill of seeing her son play for the Vodafone Warriors for the first time last night - and watching as Eli scored a try and helped the side to an impressive 37-26 win over the Cowboys. 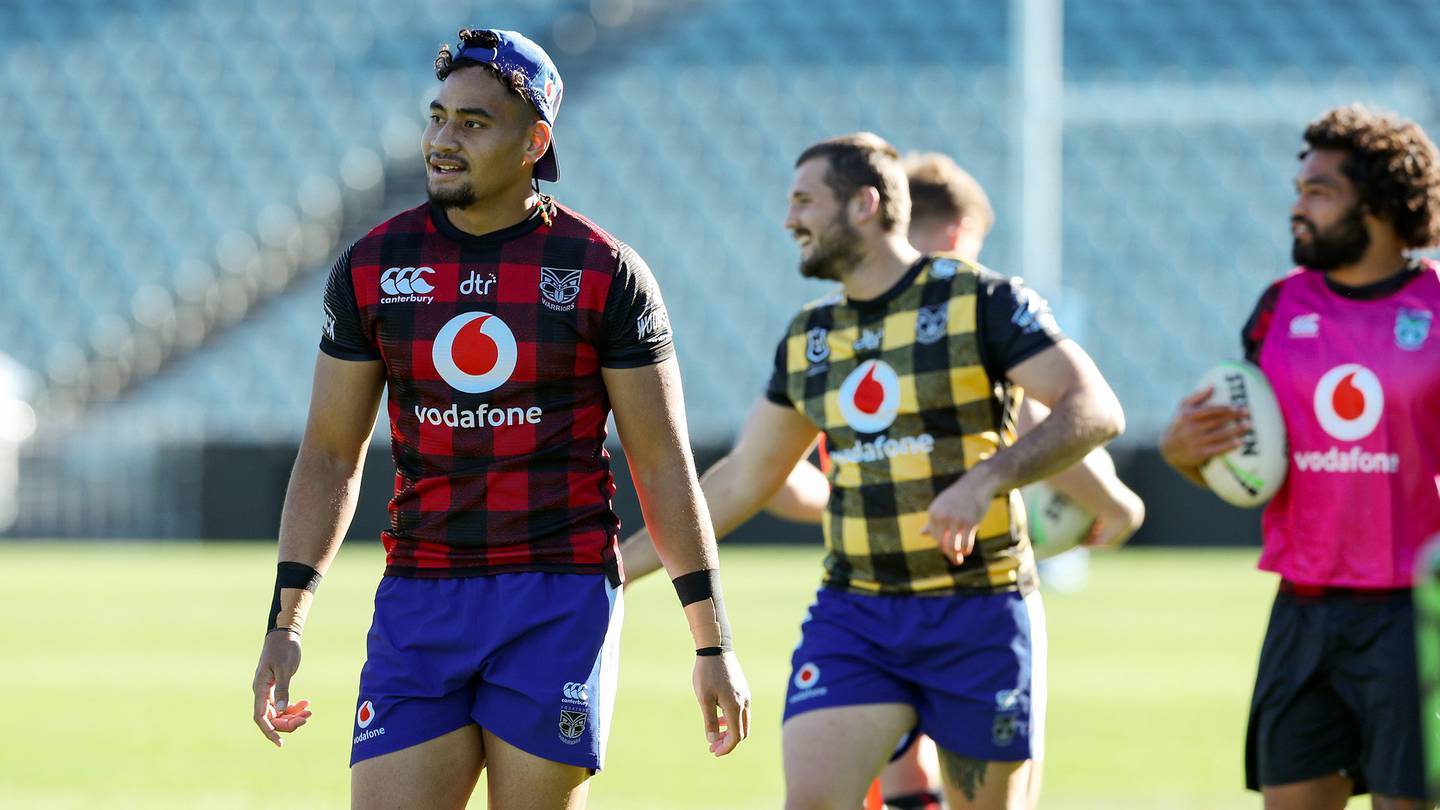 Eliesa Katoa has had to learn to silence his hunger.

Nursing an ankle injury over the past three weeks, the young Warriors second rower has had to take a step back and learn when to focus on himself.

Katoa was injured in the side's 40-12 loss to the South Sydney Rabbitohs in round six, finishing the game before learning he would be spending some time on the sidelines.

"There was obviously disappointment with what happened to my ankle but I guess that's part of footy – sometimes you're going to get hurt," Katoa says.

"You just have to deal with it and I'm glad I've got the boys with me. They've always say to me: 'you're still young, you just have to look after yourself. Once your body is 100 per cent you'll be back on the field again'."

The support system of the playing group is something Katoa has relied on during his rehabilitation, with the 20-year-old hungry for game time in his rookie season.

Already this year he has seen his star rise in the NRL after some standout performances, this his hard and fearless running style providing a much-needed lift to the Warriors pack at times. Though six games, he averages more than 120 running metres and 27 tackles per game

With Katoa shaping up as a constant presence in the Warriors team, the club organised to have a TV set installed by former prop and Digicel CEO Anthony Seuseu in Katoa's family home in Koulo, a small village on the Ha'apai Islands in Tonga, so they could watch him play.

When he talks of growing up in Tonga, Katoa recalls visiting the nearest family with a TV so he could watch sport. Now, the same thing his happening to his own family.

"Every weekend everyone just goes there," Katoa laughs.

"I can't thank Anthony Seuseu enough for getting them the TV. I didn't see that coming. I was so happy when I heard that. I called my mum and asked 'do you ever turn off the TV or do you just have it on all the time?'" 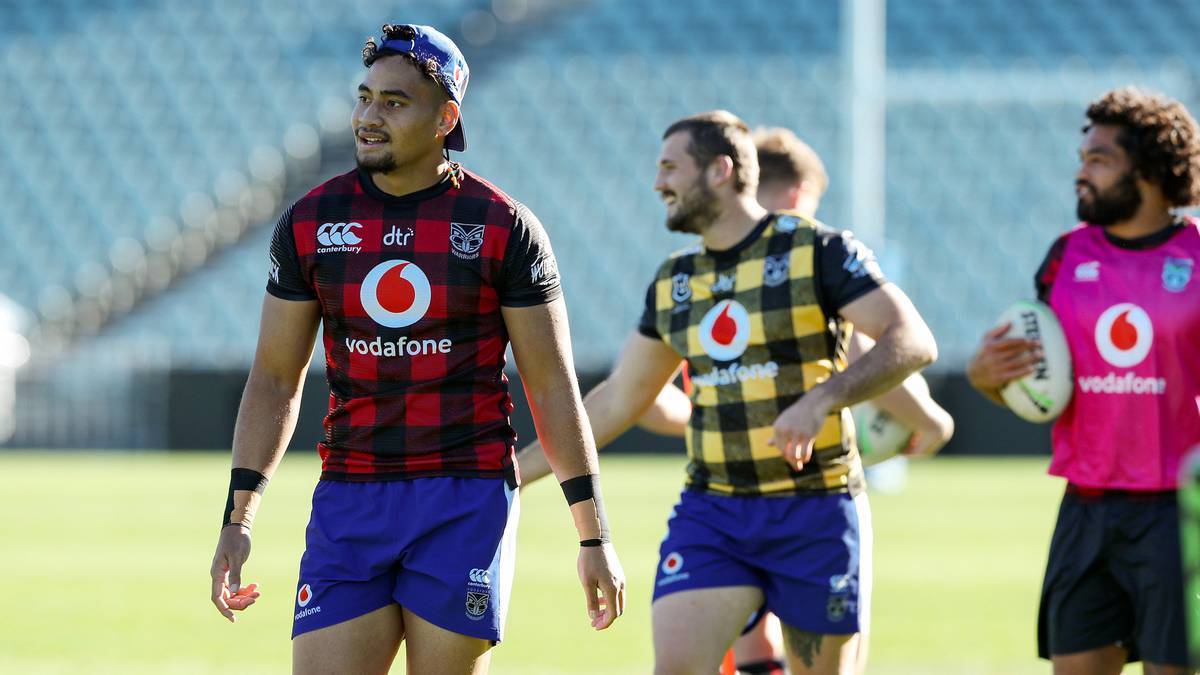 'Sometimes you're going to get hurt. You just have to deal with it.'