You are using an out of date browser. It may not display this or other websites correctly.
You should upgrade or use an alternative browser.
Overview Gallery (19) Discussion (78)
Already been mentioned in other threads that Agnatius is coming back home, but I thought I'd start his own thread: 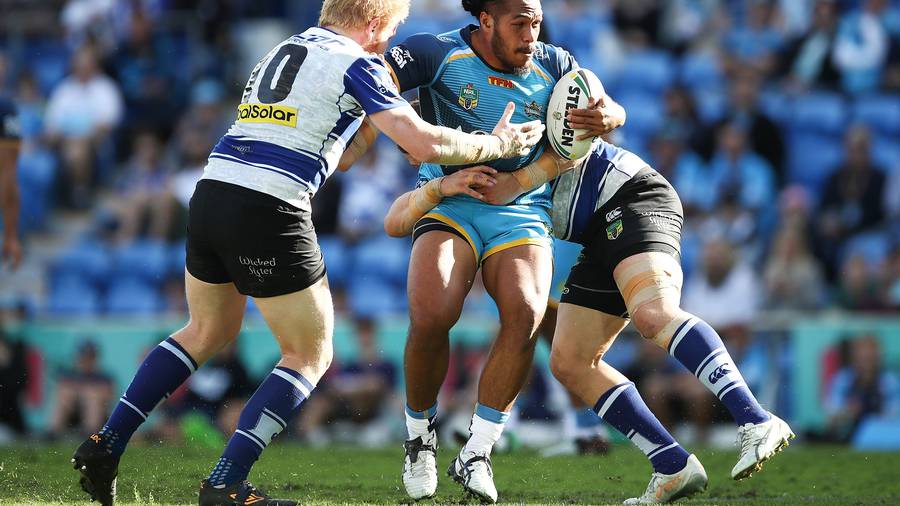 Agnatius Paasi of the Titans is tackled by the Bulldogs defence in round 25. Photo / Getty Images

The Warriors have completed the signing of former Gold Coast Titans prop Agnatius Paasi with the 25-year-old inking a two-year deal.

The one-test Tongan international becomes the third former Warriors player to return this off-season, joining outside back Peta Hiku and forward Matiu Love-Henry.

Paasi, who debuted with the Warriors in 2014, made 54 appearances for the Titans across three seasons. He enjoyed a superb Auckland Nines tournament in 2016 that propelled him into a strong season where he played all 25 games for the Titans.

But injury restricted the aggressive and skillful prop to just 11 games this year before he sought a release from the Titans.

"Agnatius became available after being released on compassionate grounds so he and his family could return home," said Warriors CEO Cameron George.

"We're excited to be able to add him to our roster. He's another aggressive forward, just the type Stephen (Kearney) is after as we look to boost our front row resources."

Backs Gerard Beale and Hiku have also signed with the Auckland club.

eudebrito said:
St Helens are a marquee super league team, sure he will have a good experience and be well looked after - in normal circumstances.

Can't help but wonder about blokes with families heading over there in these times though,

Hardyman's Yugo what's the general state of ESL at the moment? Crowds? they aren't going to go bust if the 2021 season is covid affected as well?
Click to expand...

Financially I don’t know, can’t be good though. They’ll be getting Sky money to help. I assume players must have taken a pay drop.

There was a hope crowds would be allowed in on a limited basis in October, however cases are rising again and that won’t happen until next Spring by the sound of things
Reactions: Hazman, Worried2Death, YeahNah 4020 and 3 others

playdaball said:
I was hoping that Frei would go. He’s not done much over last few years
Click to expand...

Can only get rid of the contracted players who are wanted elsewhere. Can’t imagine anyone would want to take a punt on him
Reactions: Hazman, Dunedin warrior, fizurg and 3 others

Hardyman's Yugo said:
Financially I don’t know, can’t be good though. They’ll be getting Sky money to help. I assume players must have taken a pay drop.

There was a hope crowds would be allowed in on a limited basis in October, however cases are rising again and that won’t happen until next Spring by the sound of things
Click to expand...

How did Satae an Sao go at hull FC ?
Reactions: Hazman, Worried2Death and Big_Fattz

Off The Bench said:
How did Satae an Sao go at hull FC ?
Click to expand...

I have missed the Hull TV games tbh. They were on BBC last week in a challenge cup QF and I was out of the house. Looking at the team sheets they were both on the interchange bench

In limbo at Hull atm, the owner sacked their coach Lee Radford on TV straight after a match and they have what I assume is a stop gap coach. They’ve just been beaten by Salford, Inu got two tries and kicked 4 goals for Salford
Reactions: Hazman, Worried2Death, Off The Bench and 1 other person

playdaball said:
I was hoping that Frei would go. He’s not done much over last few years
Click to expand...

By over the last few years do you mean the 2 with the Warriors? Injured for the first third of 2019. The coaches at the end of 2019 were excited that he'd get a decent pre-season in 2020 and then got his season ending injury in the trials.

He needed to fill out a bit, his runs were a bit lightweight, but we haven't really seen what he can offer yet. I am hopeful he'll hit the ground running in 2021. Remember he was upgraded from a development contract after looking the goods in pre-season. I think we'll know by the end of his contract if he is worth extending or discarding.

Shaun Lane had a similar shape and took a while to add some mass to his body and punch to his game.

* Sorry mods, just realised this is the Paasi thread. I hope he goes well in St Helens (if he goes). Always been a fan
Last edited: Sep 28, 2020
Reactions: Penpal, Hazman, YeahNah 4020 and 3 others

Off The Bench said:
How did Satae an Sao go at hull FC ?
Click to expand...

Satae has good go forward but can't defend (or at least has no lateral movement). Sao on the otherhand has been good all round, probably too good for ESL but not quite good enough for full time NRL
Reactions: Hazman, Worried2Death, Weno and 3 others

Paasi got out of his deal with the Titans to come to the Warriors for compassionate reasons as his family wanted to be back home in NZ. Not sure how moving to the other side of the world will help there.
Reactions: Hazman, Fearmuss, crump81 and 2 others

Seems like a big call when you have 2 years on your contract, a young family, and in a global pandemic... moving from the safest place in the world to a country that just locked down again.
Reactions: CompletionRate, CHURCUZ and Rizzah

Saw him at Mt Eden yesterday. Looked surprisingly small, I though he would be bigger.

Following confirmation of his visa, St.Helens R.F.C. can now confirm Agnatius Paasi will join the Club in 2021 after signing a two-year deal, with the option for a third.

The Tongan born prop has signed from the Vodaphone [New Zealand] Warriors where he was one of their stand-out players in 2019, being a regular starting prop, averaging over 100 metres and 28 tackles a game.

The 28-year-old, who only signed a 3 year deal with the Warriors in 2019, was hampered by an early season ankle injury playing six times and scoring twice in 2020 and has now opted for a new challenge with the Super League Champions in 2021.

Paasi, nicknamed ‘IGGY’, weighs in at nearly 114kg [18 stone] and will offer some explosive pace and power in our forward pack next season.

On signing for the Saints, Paasi said: “I am delighted to have signed with St Helens and my family and I cannot wait to come over and start our new life in England.

“I know Kristian Woolf after playing for Tonga under him and he was a big reason why I opted to join the Saints. I want to prove myself to him and the fans, train hard and play my best.

“St.Helens is a great Club with a history of success and hopefully I can come over play my heart out and continue that success.”

Head Coach Kristian Woolf said: “Iggy is as good a ball carrier I have seen in the NRL and has a similar influence with the ball in hand.

“On top of that, he has a terrific skill set and offload ability along with a pre-line pass ability. He is the type of player that can turn the momentum of a game in your favour and he is a big defensive player too. All of which I feel will really add to our team.

“I have coached him for Tonga and I remember we played against PNG in the most arduous conditions I have ever been involved in. It was a tough, tight game where you need to stand up and be counted and he was one of the ones who really stood out.

“We are looking forward to having him with u
A 2011 NYC premiership winner with the Junior Warriors, he made his NRL debut in 2014. He then joined the Gold Coast Titans making 54 appearances between 2015-2017 before re-joining the Warriors in 2018.

That year saw Paasi lead the Warriors to their first NRL finals for seven years, starting in 23 of the club’s 25 matches. By the end of the season, Paasi had also won selection in the Kiwis’ 24-man squad for the one-off Test against Australia and the three-match series in England.

He has been almost ever-present for the Vodafone Warriors in 2019, missing just one match in a campaign in which he made his 100th NRL career appearance. In total Paasi made 107 appearances, scoring 14 tries in the NRL and was capped by Tonga in 2014.

Like our latest signing, Joel Thompson, off the field ‘Iggy’ is heavily involved in community activities which earnt him a nomination as the Warriors representative for the Ken Stephen Medal. In August he had his hair – which he had been growing for four years – cut off in support of the Shave for a Cure cancer charity.

Paasi is a father to four children and he and his family will join the Club ahead of the start of the 2021 Super League campaign. 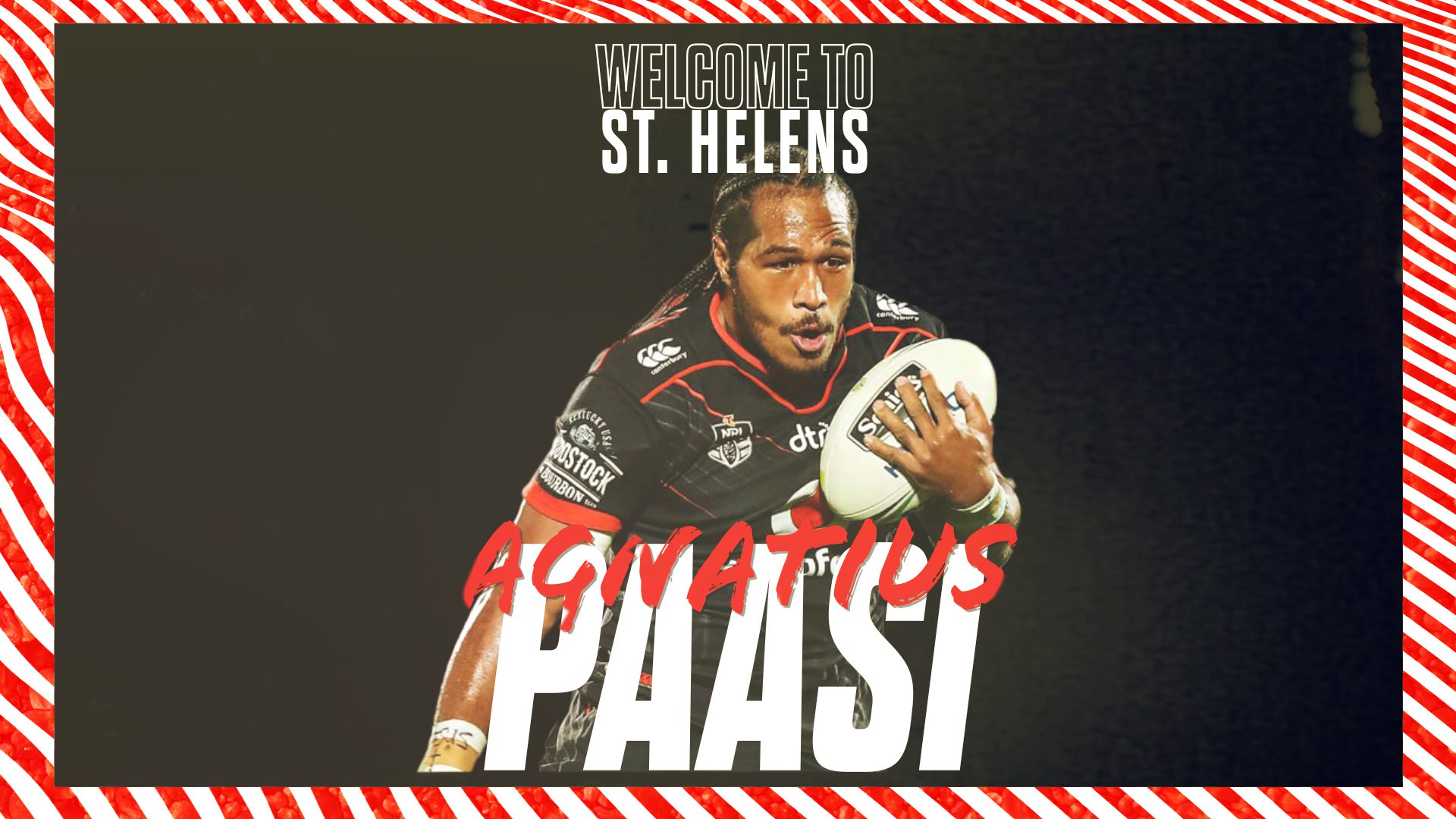 Following confirmation of his visa, St.Helens R.F.C. can now confirm Agnatius Paasi will join the Club in 2021 after signing a two-year deal, with the option for a third.

Good for him, hopefully a win win for all parties. Agnatius gets to have a positive experience with his family in England earn some coin and play footie.

NZ Warriors have another opportunity to find someone else.
Reactions: mt.wellington, Hazman, CHURCUZ and 4 others

I'm a fan of Paasi if he had stayed or if he had left.

I'm really glad he got to come back to the club after a debut that didn't showcase his talents way-back-when.

I pick him to have a good career over there and to get a bit of a cult following.
Last edited: Nov 14, 2020
Reactions: mt.wellington, Hazman, jonesy101 and 9 others

Farewell paasi. I rated him when he came back to the warriors. Still question the club why they told him to look elsewhere. Is this another cap managing move? Dont we have to pay him out using our cap space like we did konrad hurrell?
Reactions: Hazman, jonesy101, kos and 2 others

One of my favs- sad to see him go.
Loved him from the under 20s and was gutted for him when he had a shocker on debut- fought his way back into the nrl the hard way tho which was awesome.
I think he was tasked with being the pack leader here which was maybe asking a bit much- would’ve loved to see him playing alongside afb- that could’ve been lethal but not to be.
He’ll kill it in super league.
All the best iggy- once a warrior always a warrior

Reactions: mt.wellington, fizurg, Hazman and 6 others 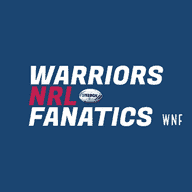 To be honest Passi didn't really get much game time in first grade
Wishing him all the best in the Super League
Toggle signature
Warriors NRL Fanatics
Reactions: kos and bruce

I m another big fan of Agnatius the footballer and the man. I met him and Leivaha Pulu on the Gc. Nice guys and good players.
Dont know why Leivaha form fell away.
Paasi to me is still in his prime shame we are buying Aussies and letting our own home grown go.
But what would I know I live on the Gc and have 3 Aussie kids. But ya can’t take the rewa out of the boy and Paasi is the same.
We are both South Aucklanders despite where the wind blows us to.
Reactions: mt.wellington, Defence and wizards rage