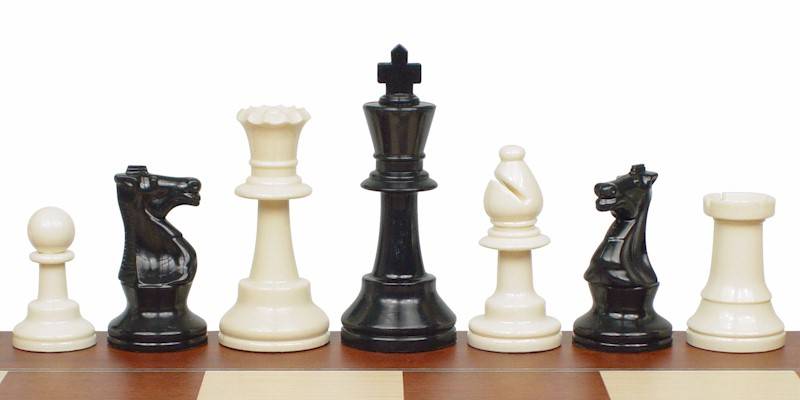 This thread is the discussion offshoot of the forums official Warriors Recruitment and Rumour Mill - 2018. Basically a place you can discuss anything concerning our recruitment.

If you want to discuss and particular player please search for their player discussion thread.


REPEAT OFF TOPIC POSTERS WHO CREATE UNNECESSARY WORK FOR ADMIN WILL BE BANNED FROM THIS THREAD.​
Last edited: Oct 23, 2017

Utility Peta Hiku and back rower Matiu Love-Henry are both returning to the Vodafone Warriors after stints overseas.

Hiku (24), named in the Kiwis’ Rugby League World Cup squad last week, has signed for three years after being granted an early release from his contract with the Warrington Wolves in the English Super League.

Taupo-raised Love-Henry, who played 32 NYC games for the Vodafone Junior Warriors in 2014-2015, is coming home after two years with the Brisbane Broncos where he played for the Norths Devils in Queensland’s Intrust Super Cup. He has a one-year deal.

“We’re delighted to be able to secure Peta, a player who brings us not only international experience but also a background in both the NRL and the Super League,” said Vodafone Warriors CEO Cameron George.

“Another benefit is the working relationship he has with Stephen (Kearney) through his time with the Kiwis.

“Matiu didn’t manage to break into the NRL with Brisbane but Stephen was impressed with his development and attitude when he was at the Broncos.”

In his only NYC season in 2012, Hiku made 23 appearances for the Vodafone Junior Warriors and was named the club’s Vodafone NYC Player of the Year. He spent the next three seasons with Manly, quickly earning his NRL debut and going on to score 28 tries in 60 games while being used at fullback, wing and centre. He moved to Penrith in 2016 before joining Warrington where he scored 10 tries in just 11 appearances.

Making his Test debut in 2014, Hiku was a key contributor to the Kiwis’ Four Nations triumph covering the fullback position for the injured Roger Tuivasa-Sheck.

He joins fellow new signings Blair and Beale in the Kiwis at RLWC2017 along with Simon Mannering, Shaun Johnson and Roger Tuivasa-Sheck.

NRL Debut: Yet to make debut

I give recruitment a plus mark so far. The forwards picked up will add to the pack, which is the first consideration in any team's success. Backs like Beale and Hiku bring that experience which is gold. For me Vete in particular may go better without Matulino and Lillyman, at least he needs to. Lisone needs to just concentrate on his core roles as a Prop.

Lino is an average player with some good skills, nothing wrong in that, but in truth back up. Hingano on the other hand has shown to me some real promise. Playing behind that Tongan pack might help him up to the next level in skill and confidence.

A major problem in both codes is family and agents over rating their family/client. This can build these young egos up too much. At best it rubs people up the wrong way these threats to leave. Big fish, little pond syndrome.
Reactions: dantheman, francis faafua, bruce and 5 others

bruce said:
To be honest I question whether they even belong there, especially Vete and Lisone. An amazing amount of natural ability they just don't show it enough. Do we need that in ISP as well?
Click to expand...

They got time an space to work on there game now
Pretty adequate bench to be honest Pulu, Vete, Lisone
if we get a Mckendry /who ever,, we will be solid
But Those three just need more time in the middle
no need to get rid of them .They should be pushing for spots
at sommestage
Reactions: francis faafua, YeahNah 4020, matiunz and 1 other person

I think we need better depth at halfback or 5/8th. We don't need a superstar just some experienced play maker or journeyman who can come in on the cheap.
That may be why the club are supposedly chasing Blake Green. I think Lino/Hingano need some more game time to mature as players. Possibly off the bench again.
Reactions: Raw Power and WarriorBall

Duh herro said:
I think we need better depth at halfback or 5/8th. We don't need a superstar just some experienced play maker or journeyman who can come in on the cheap.
That may be why the club are supposedly chasing Blake Green. I think Lino/Hingano need some more game time to mature as players. Possibly off the bench again.
Click to expand...

One rumor going round is that Hingano will wear the 6 jersey next season but possible that there may be a depth signing in the halves to come.
Reactions: YeahNah 4020

Just gonna go ahead and re-post the outgoing/incoming player list so people can see what it is we're still missing.

I'm of the opinion that most clubs reserve x number of spots for each position (e.g. four halves, ten props etc) in their squad and maintain a certain percentage of the cap to spend on each position (i.e. 20% to halves, 40% to props etc). That would mean whenever we lose a player in a certain position, we should sign someone in the same position of similar value (or maybe sign someone cheap and upgrade another player's contract, either way the money stays among the players in that position).

Because of this I tried to pair players up based on position and salary, that way we not only get an idea of the role in which our imports will fill but also the caliber of player they are. So by looking at the list above you could say that we're still in the market for: a first-grade quality half, a first-grade + SOO level prop, a reserve/rookie prop and a first-grade level back rower (notice that there are no longer any wing/center positions open, therefore I think it'd be unlikely that the club will sign JTS).

You'd also have to take into account other factors such as the inflated prices we'd have to pay for being an under performing club, our undesirable/desirable location, third party deals, long-time serving player allowances, player position swaps (i.e. Mannering back to the edge), the increase in salary cap etc.

Of course this could all be wrong and the club might do something completely different to what I've predicted, so who knows.
Reactions: 3rdstriker, leaguejunkie, bruce and 4 others

There are some huge holes in the squad, we really struggled this year once we got injuries and this year its going to be even worse. Kearney is probably happy to lose players and depth as it is a ready made excuse for us only winning 4 or 5 games next year
Reactions: bruce, AlexM and Tia Keke 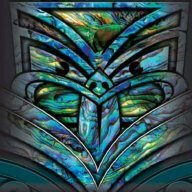 does anybody know if we've signed Blake Green or not ?
Reactions: bruce

francis faafua said:
does anybody know if we've signed Blake Green or not ?
Click to expand...

I’m not bother either way. I reckon with a good pack a forwards even average 6 or 7 can perform.

I wouldn’t call Witt and Rovelli world beaters, yet they performed above expectations behind a good pack.
Reactions: bruce, Old Sid, Off The Bench and 4 others

Tim burgess said:
I’m not bother either way. I reckon with a good pack a forwards even average 6 or 7 can perform.

I wouldn’t call Witt and Rovelli world beaters, yet they performed above expectations behind a good pack.
Click to expand...

I'm all for Green coming if available. But if not, then young Lino could be a solid foil for SJ behind a much stronger pack.
Reactions: kos and bruce 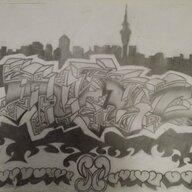 He can be let go when Tof comes back!!
Reactions: Off The Bench

This thread could possibly be called the recruitment and development thread as they go hand in hand. We are well aware of the issues with recruitment of Aussie players, so development has to be a major emphasis. It isn't working and that has to be fixed. Players are taking too long to get up to speed.
Reactions: The Cheap Seats, Sup42, Off The Bench and 1 other person

Pozza said:
Seems to be the trend now that most teams are playing there 13’s as the third prop
Click to expand...

It's true and for different reasons, some sides don't require a ball playing forward at lock because props are so skilled these days e.g Klemmers at lock because Grahams at prop etc.

We're starting to see halves linking both sides of the field again but I think for us there's got to be room for a ball playing lock forward, our packs looking more aggressive but I don't see them dominating the middle in every game so second phase will be important.
Reactions: bruce and Off The Bench 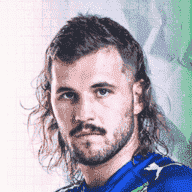 So by looking at the list above you could say that we're still in the market for: .... a first-grade level back rower (notice that there are no longer any wing/center positions open, therefore I think it'd be unlikely that the club will sign JTS).
.
Click to expand...

Jimi Jones said:
Without recruiting we got in no order
Ata
Lino
Hiku
Roach
I'm guessing that's how Kearney sees it ,as far as FG ready
I'd be keen to see Roach personally
We will be OK , We've got weapons in SJ. RTS , it's only if something happens to these guys
an we will have a challenge, , But all clubs face this ,
But even OK players look good , Behind a dominant forward
pack , If we can get good meters , An give away less it will take a lot
of pressure off us , Plus putting pressure on their playmakers kickers
which Blair is a specialist at ,,
I think we can cover a young half ,
Don't forget Luke is master behind go forward an quick play of the balls
should see a different team ,
Click to expand...

My issue is you still need creative ball players when you have 6 tackles on the opposition goal line. In those situations you dont need metre eaters. You need backrowers who run exceptional lines and halves who can put players through tight windows and attacking kicks that create tries or repeat sets. Not sure if higano or lino can create when theres a shortened field.
Reactions: tajhay 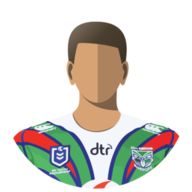 lol, Just saw that, but how reliable is that source??

How reliable are any of them? 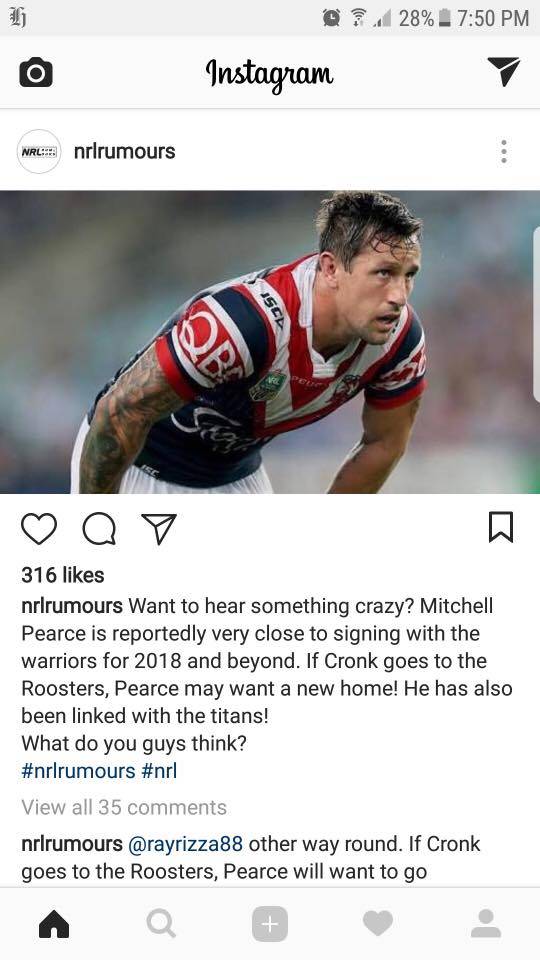 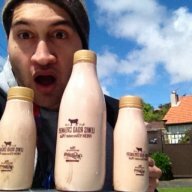