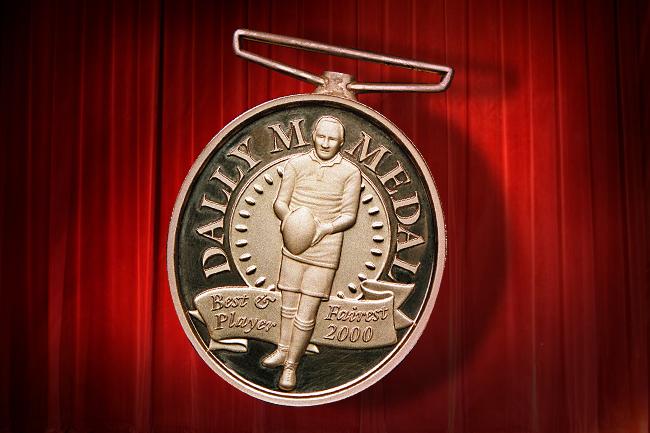 ​
The problem is Darryl H is usually the commentator who awards the DallyM points for our home games and I think sometimes he'd rather give three points to the opposition's waterboy than be accused of being biased to the Warriors - no matter how well we play.
Last edited by a moderator: Mar 7, 2017
Toggle signature
For they were Warriors ..... these mighty men of Valour
1 Chronicles 12:21
Reactions: Citygirl, Defence and Sup42

Miket12 said:
The problem is DarrylH is usually the commentator who awards the DallyM points for our home games and I think sometimes he'd rather give three points to the opposition's waterboy than be accused of being biased to the Warriors - no matter how well we play.
Click to expand...

I dont think Halligan is on the panel anymore..

The NRL has revised the voting process and structure of the Dally M Awards.

As part of an overall framework for consolidating player recognition and awards, the NRL has worked with media partners Daily Telegraph and Fox Sports to provide greater integrity and transparency to the voting process.

• A specifically developed app will now be used to accumulate votes;

• total matches for each judge will be capped, while consecutive voting on one team will be restricted;

• judges will be provided access to live statistical data across all Premiership matches.

The Daily Telegraph will remain a key partner of the NRL in the delivery of the awards, which will be screened live on Fox Sports.

The public release of votes will run until the end of round 14, while the votes will be counted by accounting firm Ernst and Young ahead of the release at the awards ceremony in Grand Final Week.

"The Dally M represents the pinnacle achievement for players in a given season and we believe these changes make the award even more special for our players and our supporters," NRL Head of Football Brian Canavan said.

"The voting system is clearer and more transparent, while the formalisation of a judging panel which includes some of the most prominent minds in the game will give the awards additional credibility."

A comprehensive rules document for the awards, ensuring more stringent guidelines, has been created. Some of the key additions include:

• Players are eligible to receive points for the Dally M Player of the Year in NRL Telstra Premiership matches only (each player's best 21 point-receiving matches will be taken into account, allowing for the stand down rounds during the Origin period);

• The rookie of the Year, Captain of the Year and Coach of the Year awards will be voted on a 3-2-1 basis by the judging panel at the completion of the Premiership rounds.

The rules were finalised by an independent Award and Recognition Committee, which will oversee the implementation of the new changes and will be chaired by Head of Football Brian Canavan.

The new voting process will exclude media partners as well as the NRL from knowledge of votes until a point determined by NRL for event delivery purposes.
Last edited by a moderator: Mar 7, 2017
Toggle signature
WAAAAARRIORS!!! COME OUT AND PLAAAA-AAAY!!!!
Reactions: tajhay and mt.wellington

Let's just hope that Brandy doesn't have to review all the Warriors home games because we all know how much he loves us!!!!! The ladies in the fish and chip vans would have more chance of getting points than our players!!
Toggle signature
For they were Warriors ..... these mighty men of Valour
1 Chronicles 12:21
Show hidden low quality content