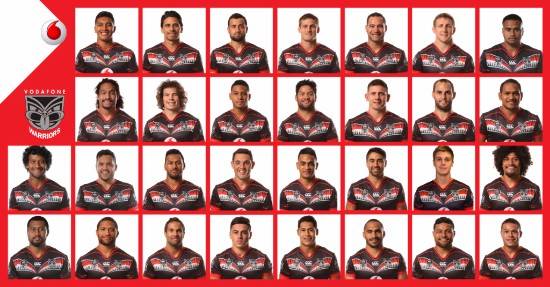 Thread for the end of year player awards. Right now you have an opportunity to vote for the Vodafone fan favourite. By voting you can also win a chance to attend the awards night...

Going on sheer response and reaction from the crowd when he gets up off the bench or takes the field, fan favourite would have to be Gubbcity no?

Don't worry I've doubled it to 2. Just waiting for Team Blake to turn up and start voting for him!
Reactions: mt.wellington and bruce

Easily Bodene Thompson for me but his years been tainted by his tainted energy drinks...
Reactions: Harlz, warriorsfan92, Straight up and 1 other person

Not sure how much Bodene's on however whatever it is I bet it's a bargain. There wouldn't be many 2nd rowers I'd swap him for.
Reactions: bruce

He has looked good but has only played 13 games- missed half the season.
Reactions: Mr Brownstone and bruce

Mannering again... No one else comes close to his consistency.
Reactions: The Mighty Shannon, Lord_m_80, frankspence and 1 other person

Defence said:
Mannering again... No one else comes close to his consistency.
Click to expand...

I am only allowed one vote
Toggle signature
Trainspotter
Reactions: Defence

bruce said:
I am only allowed one vote
Click to expand...

And u gave it to ayshford I see

Nah ill take my hat off to your choice (Shaun Johnson) considering he was coming back from a broken leg and has been carrying other injuries all year too it's been a gutsy performance from him- he's shown a lot of character this year and even won some games single handed (as he does).
I think he has established himself as our next captain.
He would've been my second choice.
Should be in for a bumper 2017.
Reactions: Mr Brownstone and bruce

Simon Mannering has been named the Warriors' NRL Player of the Year a record fifth time in his 12-season career at the Warriors annual awards dinner in Auckland tonight.

The 30-year-old is the only player in the club's history to win the premier award more than twice, Steve Price earning the accolade in 2006 and 2007 and Ben Matulino honoured in 2012 and 2015.

On a big night personally he was also named the winner of the Canterbury of New Zealand Clubman of the Year Award in recognition of his all-round contribution to the club.

On the field Mannering played in 22 of the 24 games, finishing with five tries to lift his career tally to 58, fourth on the club's all-time list. He averaged 77 minutes on the field making an average 11.2 runs, 89.95 metres and 47.36 tackles a game. It's the second straight season he has topped 1000 tackles.

The award topped a campaign in which Mannering became only the second player after Stacey Jones to play 250 NRL games for the club. He finished the year on 258 matches and needs just four more games next season to move beyond Jones' record of 261.

While Mannering collected two of the main NRL awards, the NRL Rookie of the Year was between Nathaniel Roache and Jazz Tevaga, the only two players who qualified in terms of games played this year. They both made 11 appearances each with Roache - 19 at the time of his debut in round one - getting the nod.

Johnson, the only player to appear in all 24 games, was again voted the winner of the People's Choice Award after a season in which he scored 10 tries and 125 points in all to lift his career total to 667, only eight short of beating another Jones record (674).

The finalists for the ISP Player of the Year were Ata Hingano, Charnze Nicoll-Klokstad and John Palavi. First-year Vodafone Warrior Nicoll-Klokstad was the winner after a season in which he was the only player to appear in each of the side's 24 games. Used at fullback, on the wing, in the centres and also standoff initially he was the team's top try-scorer with 11.

RadioSport commentator Allen McLaughlin was a popular recipient of the Legacy Award. The 66-year-old 'voice of rugby league' called his last Warriors game at Mount Smart Stadium on September 4 after covering all but one of the club's 254 games at the venue since 1995.

Thoroughly well deserved Simon, the very definition of a Warrior. If the rest of them had his desire and work ethic we would be world beaters.

IMO a contender for greatest ever Warrior.
Reactions: frankspence, ShaunJohnson7, francis faafua and 8 others

Hahaha the metallic kitten is going to have a tantrum over this for sure.

Nice to see CKN get ISP player. Hopefully he'll be pushing for first grade next year.
Reactions: RiceOwl and Defence

Iafetas Kickstand Wang said:
Thoroughly well deserved Simon, the very definition of a Warrior. If the rest of them had his desire and work ethic we would be world beaters.

IMO a contender for greatest ever Warrior.
Click to expand...

I second third & fourth that ... Simon Mannering is the epitome of the ultimate NZ professional sportsperson, right up there alongside Ritchie McCaw IMO

As an aside I would've loved to have been a fly on the wall at that award ceremony just to see the mood of the players, but most especially one Mr A. McFadden
Toggle signature
I don't stop when I'm tired. I stop when I'm done. - David Goggins
Reactions: RiceOwl, ACT Warrior, Dave Brough and 1 other person

Who was the muppet that said Simon Mannering should be playing NSW Cup lol?

This was only ever going to be a race between Tommy and Juju. Without a doubt he will be hailed the greatest Warrior ever once he hangs his boots up...
Reactions: Manu's mistake, rocketman, Lets Gone and 5 others

As much as Simon deserves it (and ironically we don't deserve him), I really really wish we had more reasons for him to not get the award... as I said in the other thread, it's sad how often he's won by default. Still, man are we lucky to have him, here's hoping he never has to win the award again!

Awesome to see Charnze get NSW Cup player of the year, he's surely got to be figuring into FG contention now.
Reactions: kabkram

Depressing, thought Simon was bog average this season he clearly wins it by default. Not sure if he would be starting at any other NRL club other than Newcastle Knights. Warriors are so disappointing.

Lol - meethtemomster, the Warriors are the ones who play in black. Mannering is number 13. I can only imagine this has greatly confused you.

Insideball, I see what you're saying. He isn't the most athletic of talented player. He's not a strike player. But good years or bad years, Mannering is constantly outstanding. Without him I shudder to think how bad we would be.
Reactions: Billyspleen75 and ACT Warrior

Iafetas Kickstand Wang said:
Lol - meethtemomster, the Warriors are the ones who play in black. Mannering is number 13. I can only imagine this has greatly confused you.

Insideball, I see what you're saying. He isn't the most athletic of talented player. He's not a strike player. But good years or bad years, Mannering is constantly outstanding. Without him I shudder to think how bad we would be.
Click to expand...

My point is, I wish we had 10+ players who were consistently outstanding... or even, you know, more than 1, pushing Simon for that award.
Reactions: ACT Warrior and Stone

Mannering is the epitome of the word warrior, but I think we are playing him out of position. He will be first choice 11 for the kiwis but wouldn't be in my top 3 or 4 locks for them. You know the warriors have had a rubbish year when the player of the year gets the award because he has made the most tackles.
Show hidden low quality content

General 2020 Warriors Player of the Year