Started a thread that focuses specifically on the WARRIORS 2016 Auckland Nines campaign. Post Warriors Auckland Nines news, discussion and your teams in this thread.

Discussion on anything else can be found here:

First up is some possibly bad news for us. Having these two with guys like Shaun Johnson and Tuimoala Lolohea would have been deadly. Be good to see them rested for what will hopefully be a successful NRL season... 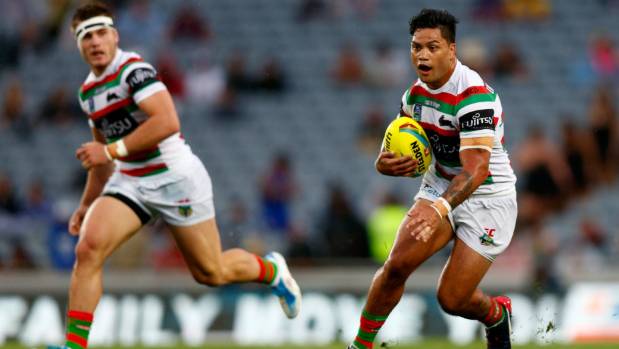 The Auckland Nines could be without two of its biggest drawcards after the Warriors confirmed Roger Tuivasa-Sheck and Issac Luke might be rested.

Warriors fans, reelling after another disastrous season, would have been hoping to see the club's marquee signings in action for the first time at the Nines on February 6-7.

Warriors managing director Jim Doyle said they both could be rested if the Roosters and Rabbitohs go deep in the playoffs and the pair then go on the Kiwis' tour to England.

"It will depend on how many games they have, when they come back, how energised they are," Doyle said.

"It will also depend on the NRL finals series. If a couple of our boys go all of the way to the grand final and then go on the Kiwis tour, when they come into the club they'll have to look at what condition they're in.

"They might be in fantastic condition, or they'll want to give them a bit of a rest."

Warriors coach Andrew McFadden will have the final say on whether they will line up at the Nines.

"It's Cappy's (McFadden) call and also Stacey (Jones) who coached them (Nines) this year.

"They know that we want to have a strong team because it's important for us to have that, because we're in the host city.

"But it's down to them to pick the squad and that will be based on how pre-season has gone, whether anyone's carrying niggling injuries that we need to rest before the season starts.

"Or if people aren't quite ready because they haven't been back at the club long enough, so they'll make those calls."

Tuivasa-Sheck and Luke played in this year's Nines and they'd certainly help the Warriors' chances of winning the title.

In the two previous Auckland Nines, the Warriors have made the semifinals and the quarters, and Doyle is aware that a successful tournament would be a great way to boost interest the club before the 2016 season.

"If we do well, that means we go into the season flying, our fans and members are all happy that the game's back, and therefore it starts to give that hope and excitement for the season ahead."

Contributor
After last year, when they named a stacked team on paper, then went out and were pretty un-impressive, would be happy if we just sent out the back-ups.

But, we don’t have any backups left, they released them all, so… a few that I would like to see stretch their legs and build some confidence:
Fusitua
Lolohea
Roache
Henry
Lisone
Sao

Any other new signings they can unearth between now and then

May 8, 2016
phil.kingston
General laurie daley s preview of round 9