Paul Staladi is living in Palmerston North and is contracted as an army chef at Linton Army Camp.

mt.wellington said:
46 Meti Noovao - ??? Believe he is living in Rarotonga. Link half way down page
Click to expand...

He is living in Avarua, Rarotonga and owns a vehicle rental company in the area.

Below is a pic of his scooter fleet and a pic of him (he's the one holding the baby), his staff and Stan Walker. Also a link to the facebook page...

Cant find anything recent on Lee but theres this from an article in mid 2010.

Palmerston North Detective Lee Oudenryn said many of the transactions were made at city bars.

"She's a mad poker machine player, so that's where most of it went," Mr Oudenryn said.

The money was also used to buy hundreds of dollars worth of tobacco, he said.

Mr Oudenryn said the victim was "absolutely gutted" at the loss of the money.

Found this article from 2007 on the Feilding Rural Day which is still in the Pamly area that made me laugh.

The other highlight of Rural Day was the gumboot relay. Teams went through the saleyards, dodging farmers and stock agents and hurdling gates before passing their gumboots on to the next team member to wear.

The winner was the police team, which was neck and neck with another team until the final leg. Then officer Lee Oudenryn, a former winger for the Warrior's rugby league team, won the final sprint.

Fellas still got it aye...

Not sure what line of work he is doing but found a pic of him from October 2014 on the Halswell Hornets Rugby League Club facebook page...


Defence said:
Whit works at Coles in robina town center (gc)
That photos from the masters tournament we had here last year.
Harps ( the other guy in the photo ) posted that to wind the halswell folk up coz he was playing for pap.
Click to expand...

Whit works at Coles in robina town center (gc)
That photos from the masters tournament we had here last year.
Harps ( the other guy in the photo ) posted that to wind the halswell folk up coz he was playing for pap.
Reactions: mt.wellington

Defence said:
Whit works at Coles in robina town center (gc)
That photos from the masters tournament we had here last year.
Harps ( the other guy in the photo ) posted that to wind the halswell folk up coz he was playing for pap.
Click to expand...

true, I've seen him at Coles but didn't know it was him
he invented the word jubilated
Reactions: Defence

charlie bobmarley said:
true, I've seen him at Coles but didn't know it was him
he invented the word jubilated
Click to expand...

Another player I cant find a thing on.

Anyone here involved with the Ponsonby Ponies? Got a few lines of inquiry and hopefully we get a reply...

Nice and easy this one.

Jerry Seuseu is still the Warriors Welfare and Education Manager.

Below is a qoute from Sam Lisone in an article about his rise to fame...

Along with Solomone Kata, Tuimoala Lolohea and Agnatius Paasi, Lisone is regarded as the best prospects at the club.

''It's always good to get a few praises,'' Lisone said.

''But sometimes when you get up there in the clouds you need someone to tell you how it is and I'm really thankful to Jerry Seuseu (Warriors Welfare and Education Manager) for that.

Update on his building work. He is a contractor for Titan Sheds. Below is a review a customer did on him...

Kevin Iro is still living in Arorangi, Cook Islands. Still listed as the Commissioner of Cook Islands Rugby League. Not sure if that keeps him busy year round.

Wife makes cakes professionally on the island too...

Just spotted this when I was researching Tyran Smith. Iro is a mentor for Tyrans company...

Found this article that says that he and his wife run a rugby league development programme for Maori kids and Mark is the NSW account manager at A1 Industries...

Having "fell in love" with coaching after former Kiwis team-mate Sam Stewart asked him to manage a team of ex-pat Kiwis Stewart was coaching, Horo moved back to Australia in 2001 to start coaching at under-17s development level in Parramatta.

Two years on he was asked by an Eels club official about a house parenting gig, where he and wife Millie would take several future stars under their wing.

"At the time I remember him getting a handshake for two years, so that we weren't inconvenienced. So we moved out of our house into a place in Parramatta, and that two turned into 12," Horo said.

That continued to his days at Penrith, where Horo is now, moving there in 2011, after being lured by Panthers general manager Phil Gould - one of the sport's biggest names.

"He posed the question with me to come over and help prepare the welfare programme which is the house parenting, and become one of the coaching staff," said Horo, who was involved with the under-18s and the under-20s side which last year beat the Warriors in the grand final.

"You just know that he's smart," Horo said of Gould. "He's got a football brain. And it's pretty evident now what they're doing three years later. If anyone was going to get it right he would."

After last year coaching five different teams, he is putting the coaching to one side, as he and Millie put their energy into a rugby league development programme for Maori kids.

It was initiated by the New South Wales Rugby League five years ago to develop players who haven't played rep football, with a Harmony Cup competition established between several countries in the Pacific.

Horo and Millie take care of the NSW Maori under-16s and raise money to give them jerseys and training gear, while Horo also brings in and helps develop a coach.

While also working as NSW account manager at A1 Industries - the same company brother Shane (also a former Kiwi) is at - Horo is about to start some volunteer work with the New Zealand Rugby League around talent identification to see what players are available for the Kiwis. 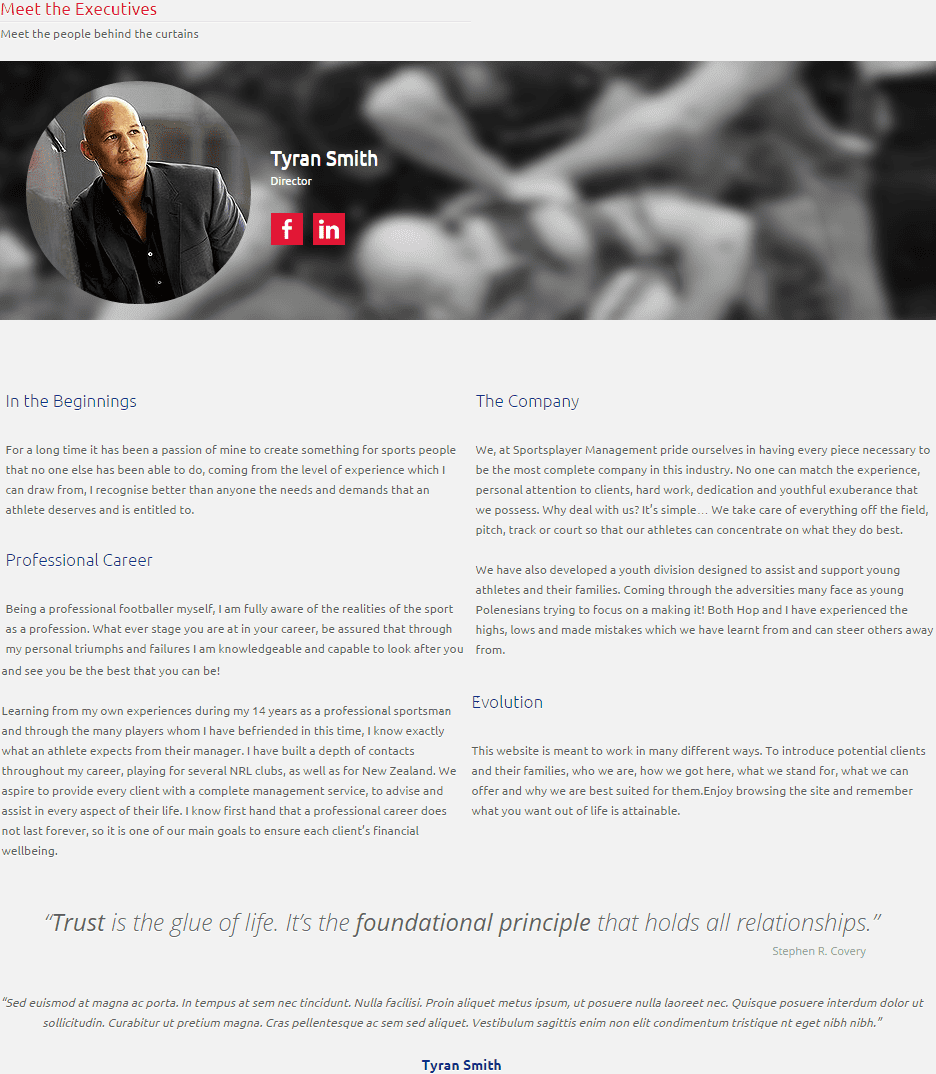 
His stable of players currently are... 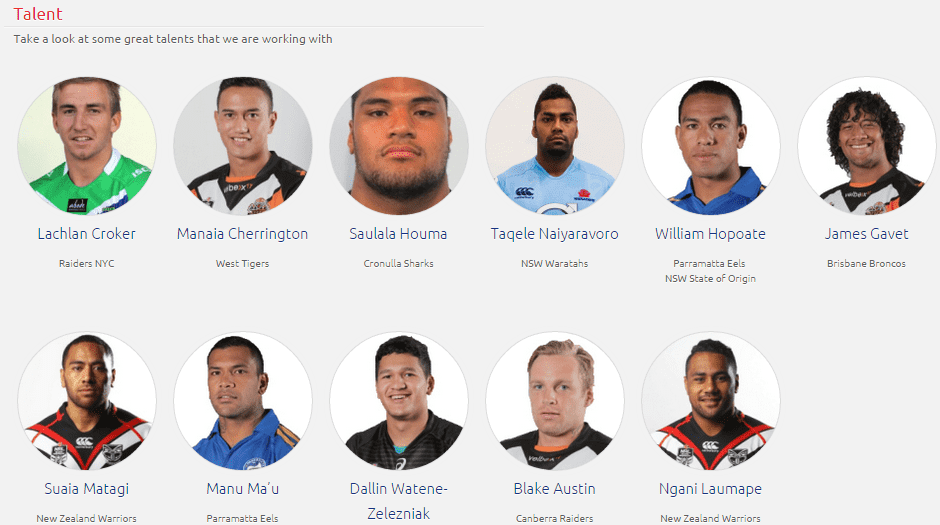 Just spotted this when I was researching Tyran Smith. Iro is a mentor for Tyrans company... 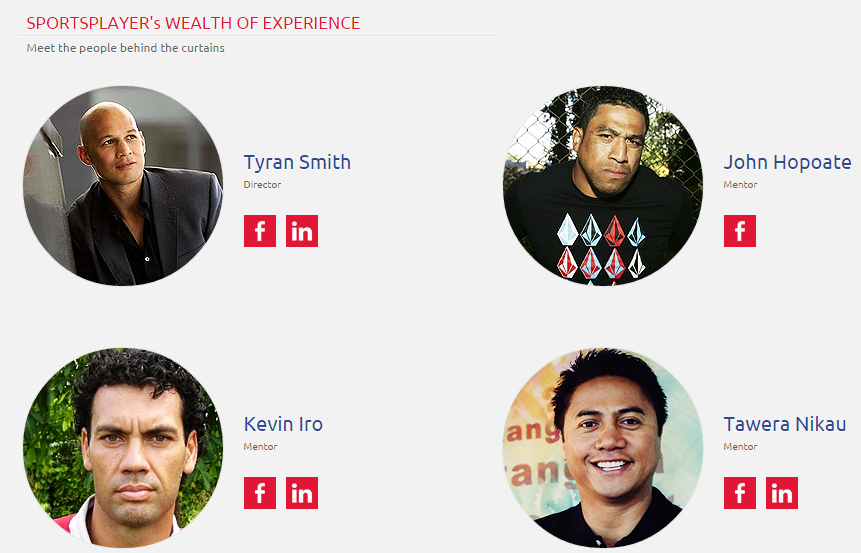 Still absolutely nothing on Zane Clarke. All roads end at his appearance at the 2000 Rugby League World Cup. From there the trail goes stone cold...

Working for the NRL’s One Community to deliver social inclusion, health and education programs...

Frank just started a new job as the North Regional Manager for Delta Force Paintball in the UK. Below is a screenshot from his LinkedIn page...

Just spent 6hrs sitting next to Daniel O'Regan on a flight from Bali to Sydney... Nice fella, massively tattooed since he left us. A lot smaller than i thought.
Reactions: tajhay, mt.wellington and Miket12

Danpatmac said:
Just spent 6hrs sitting next to Daniel O'Regan on a flight from Bali to Sydney... Nice fella, massively tattooed since he left us. A lot smaller than i thought.
Click to expand...

Teacher's are obviously paid far too much and have far too many holidays if you've just been to Bali
Show hidden low quality content
Share:
Share

General Where are you now?
2

Jan 14, 2008
MightyWarriors_old
General where are all those brent webb critics now