Defence said:
A month ago Shaun Johnson and hurrell looked like they were mounting late challenges but injury killed their chances.
Click to expand...

I didnt even add Konrad Hurrell to the poll. Lets be honest. Coming back from the offseason overweight and having a clip of him getting a blow job while driving has totally killed his chances.

Still a runner for the Peoples Player. Really its only between him, Shaun Johnson or the old crowd favourite Manu Vatuvei. It is a popularity contest after all.

Wonder if we have enough numbers here to rig it and get Dane Nielsen or Carlos Daley over the line lol..
Reactions: Inruin, Harlz, Jay M and 1 other person

mt.wellington said:
I didnt even add Konrad Hurrell to the poll. Lets be honest. Coming back from the offseason overweight and having a clip of him getting a blow job while driving has totally killed his chances.
..
Click to expand...

Fair enough.
Definitely not "best behaved" that's for sure but he's been red hot on the field.
Haven't we missed him.
Reactions: wallacenz and mt.wellington 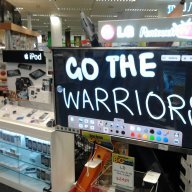 Geez who voted for Johnson?

mcdenda said:
Geez who voted for Johnson?
Click to expand...

Votes are public so just click on the votes and it will tell all. Dont forget you can change you vote if someone else takes your fancy over the last few games...

Contributor
Following link is your opportunity to vote for your Vodafone Peoples Choice award. Get voting people...

gREVUS said:
Damit not eligible to vote as the options dont include Melbourne
Click to expand...

Yup got burnt by that 1 too, NZ only

Manu for me, he has had a great season
Jake has been fantastic but should get Clubman..
Peoples award Kon

Contributor
I could actually see Shaun Johnson or Tomkins getting player of the year as well... Tomkins has added so much on and off the field, Shaun Johnson has matured hugely...
Reactions: Stone

I'd have to go with Sam Tomkins with my pick for Player of the Year, sure he's had some Barry Crocker moments at the back, in goal, high balls, defense, but i base my selection on consistency of effort over all 22 games thus far, his undoubted professionalism & his overall influence on the team
Also Tomkins ball playing & organisational ability has definitely helped improved our attacking structures, but more importantly his presence IMO has helped to improve Shaun Johnson's overall game, which is crucial to any success (albeit limited) the Warriors have had this year & will hopefully have in the future

People's Player - I'd have to go with The Beast for this one, he's had a great season & deserves some recognition for it

Most Improved - Sebastine Ikahihifo, this kid has a great engine, i love his aggressive attitude in defense & if he can just get rid of a few brain farts, which is probably due to a lack of experience more than anything, he should prove to be a more than capable first grade footballer
Reactions: mt.wellington and Inruin

Contributor
Awards night on tonight. MC is Stacey Morrison. Will update winners as they are announced... 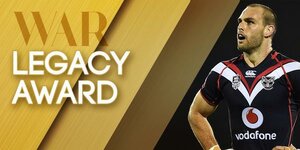 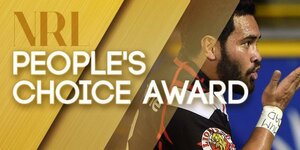 ​
Reactions: OMG, ramraider78, danyooll and 2 others 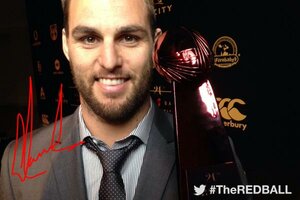 Contributor
The Beast wins Clubman of the Year... What is the legacy award? 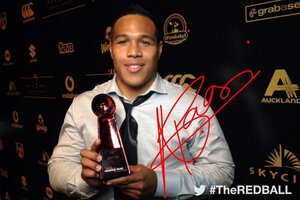 Today at 6:53 AM
playdaball