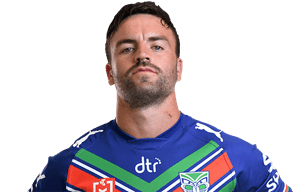 After coming through Penrith's system, 'Waydos' joined the Vodafone Warriors for the preseason after being confirmed on a three-year contract in October last year.

The Lithgow-born hooker made 29 NRL appearances for the Panthers in 2018 and 2019 following a brilliant junior career.