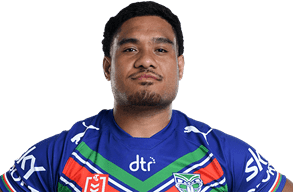 Tom Ale moved from Mount Roskill Grammar School to Wesley College in a bid to improve his rugby. That ambition was further enhanced when in late 2015, Ale earned a scholarship to Rotorua Boys’ High School, then the national champions

Ale spent two years in the Rotorua BHS First XV and the flanker was good enough to earn a place in the Chiefs Under-18 squad.

Rotorua’s season ended several weeks ago, leaving Ale with the chance to play at the NZSS league Nationals last week.

Ale performed so strongly for semi-finalist Rotorua he was named MVP of the tournament.

Ale plays in the second row and is noted for his athletic running and tough tackling. He was satisfied with how Rotorua performed.

Ale first played league when he was 11 before switching to Union. After his success at the League Nationals he aspires to a career in the NRL.

“I like both sports, but I enjoy running the ball and league gives me more chance to do that. My favourite NRL team is the North Queensland Cowboys,” Ale states.

Ale is a cousin of Highlanders and North Harbour wing Tevita Li who has been an important mentor.