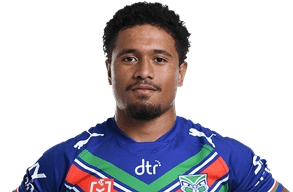 He played his junior rugby league for the Otahuhu Leopards.

'Nella' is an exciting young hooker who has come through the club's development system.

Represented the New Zealand Resident 18s and impressed coaching staff and players with his efforts during the 2020-2021 off season, so much so he stayed on with the club's wider NRL squad on the Central Coast.

The 18-year-old was on the NRL team’s extended bench as hooker cover for four consceutive matches against Manly, St George Illawarra, Melbourne and North Queensland.

He has also been playing for the Vodafone Warriors’ feeder club Redcliffe in the Queensland Rugby League’s colts’ competition.

Otukolo was in exceptional form for the Vodafone Warriors in the S G Ball Cup last season before the competition was cancelled due to the Covid-19 pandemic. By then he had scored nine tries in just six matches.
Share:
Share