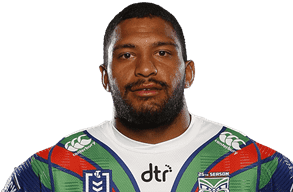 Milne was born in Auckland, New Zealand. He is of Māori and Fijian descent. He moved to Australia at a young age. He played his junior rugby league for the Clovelly Crocodiles and spent some time in rugby union whilst attending Randwick Boys High School and Newington College (2011–2013), where he played junior representative grades for Randwick as well as NSW & Australian Schoolboys teams alongside future Parramatta Eels backrower Tepai Moeroa.[6][7] He was then signed by the Sydney Roosters.

In round 8, Milne made his NRL debut for the Dragons against the Sydney Roosters. After further games in reserve grade, he returned to centre in first grade for 6 games at the end of season. Teammate Benji Marshall said he, "has one of the best in and aways and flick passes I've seen at training. He is a very talented kid."

Milne played in 11 games in 2017, almost entirely from the bench. He scored his first try in round 11 against the Warriors, his sole match starting at centre for the season, and his only try for the year. On 6 May, Milne made his international debut for Fiji against Tonga in the 2017 Pacific Cup. Milne said, "I received a call from Mick Potter to play for Fiji against Samoa last year but I couldn't due to personal reasons, I was disappointed. But I had let him know that I was keen to play for Fiji this year. This has been an emotional moment for me. One of the best things being in camp is the devotion time and learning some Fijian songs. This has been one of the best camps I have ever been in."

In June, Milne signed a 2-year contract with the Wests Tigers starting in 2018.

Selected for Fiji in the World Cup at the end of the season, Milne score 2 tries and 2 goals in the opening match against the USA. In his next game, he scored 2 tries and kicked 3 goals against Wales.

Milne was sacked by the Wests Tigers in April 2018 after failing a drugs test. He joined the Mount Pritchard Mounties for the remainder of the 2018 season.

On November 4, Milne signed a two year deal with the New Zealand Warriors. Milne had wrote a letter to coach Stephen Kearney asking him for a second chance to play in the NRL. Milne said "I told him I'm not a drug addict," Milne told the Telegraph. "I wrote to him — spelling errors and all — telling him that I wanted to play in the NRL again. That I owned up to my errors and I was on the right track. I knew I could offer something to the club".
Reactions: wenord
Share:
Facebook WhatsApp Email Share Link