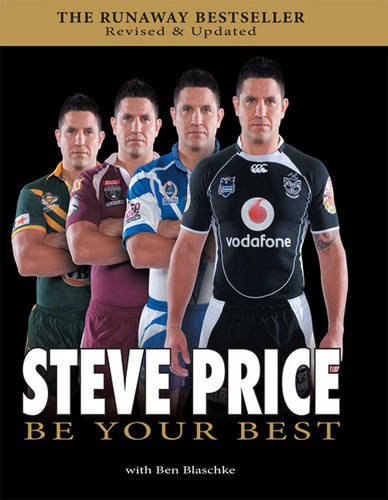 Steve Price Be Your Best

Title
Steve Price Be Your Best

A revised and updated version of Steve Price's hugely successful autobiography, published in 2008. This new edition will include updates to many chapters, plus additional chapters on: losing the Warriors captaincy in 2010; what it meant for him to become one of only a dozen or so players to reach 300 NRL games; the now infamous punch that knocked Price out of the 2009 State of Origin series; the tragic death of Warriors up-and-coming star, Sonny Fai, and the impact it had on him and the club in 2009, he also talks about the tattoo he got in memory of Sonny.; World Cup and 2008 season - after missing the first 10 weeks through injury, he came back in time to take part in Queensland's third consecutive Origin win; The Warriors producing a stunning finish to the 2009 season to make the finals then knock Melbourne off in week one; the freak injury that ruled him out of the World Cup final and how devastating it was; the chronic ankle injury which has kept him out of the Warriors lineup for 2010; retirement at the end of the 2010 season.
Share:
Share