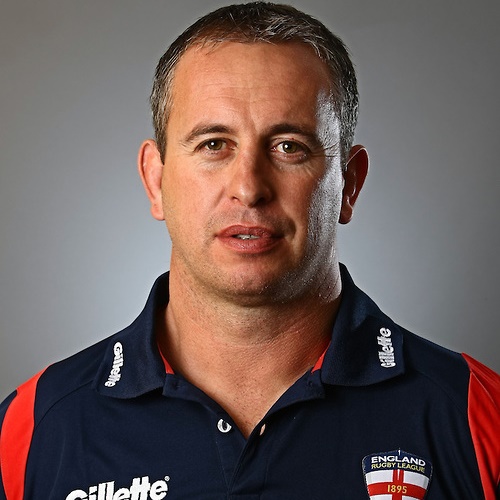 Steve joined Hull from local amateur side Skirlaugh at the age of 17 and He was selected to go on the 1992 Great Britain Lions tour of Australia and New Zealand. McNamara won caps for Great Britain while at Hull in 1992 against France (sub), in 1993 against France (sub), won caps for England while at Hull in 1995 against Wales (sub), and France. He'd spent seven years with Hull, before moving to Bradford in 1996.

McNamara was released from the Bulls in 2000 and joined Wakefield Trinity Wildcats (captain) (Heritage #1160). In 2000, at the height of a financial crisis at Wakefield Trinity, the contracts of all players aged over 24 were terminated during September 2000. The players affected were; Andy Fisher, Bobbie Goulding, Warren Jowitt, Tony Kemp (player-coach), Steve McNamara, Francis Maloney, Martin Masella, Steve Prescott, Bright Sodje, Francis Stephenson and Glen Tomlinson.

McNamara joined Huddersfield before joining the coaching staff at Odsal at the end of the 2003 season.

He coached the Bradford Senior Academy to Grand Final success in his first year as a coach at the club. Since joining the coaching staff at Bradford, he has been named as Bradford coach following the departure of Brian Noble. Bradford fans became increasingly frustrated with his team's lacklustre performances since taking over the reins in 2006 and following defeat by Harlequins RL (the 8th defeat in a row, the Bulls worst run in Super League history) his Bradford career came to an inglorious end as his contract was mutually terminated on 13 July 2010.

On 20 April 2006 Steve was promoted to head coach of Bradford following Brian Noble's departure to Wigan. At the time he was the youngest coach in Britain.

In his first season in charge, he guided Bradford to the Super League playoffs before the club were knocked out of the grand final eliminator by Hull

His coaching career while at Bradford contains several unwanted records, such as being the first Bradford coach in Super League to fail to guide his team to the end of season play-offs and being in charge for the worst losing streak the club has seen in 20 years.

His time as Bradford head coach came to an end on 13 July 2010 as the Bradford board ended his contract by mutual consent and allowed him to become full-time England coach.

He coached England to the 2013 Rugby League World Cup semi-final.

On 12 December 2013, McNamara was appointed the assistant coach of the 2013 National Rugby League (NRL) premiers the Sydney Roosters. The Roosters head coach Trent Robinson was looking for a new assistant coach because his previous assistant Paul Green took up the head coaching position of the North Queensland Cowboys.