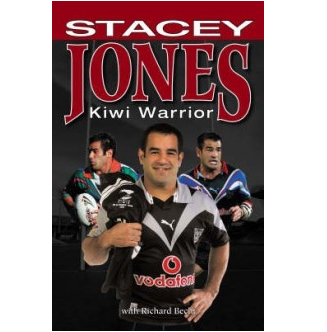 Stacey Jones commands a place among the most outstanding New Zealand athletes of his generation, or any generation for that matter. In a country that loves its sporting heroes, Jones is an undoubted favourite. He has transcended sporting codes and divides in a way only the chosen few do. Simply, he's universally admired.Jones showed in his teens that he would indeed be a special rugby league player. In a code that revolves around its so-called go-to men, Jones is to the New Zealand Warriors what Alfie Langer was to Brisbane, and Andrew Johns is to Newcastle. Carrying the moniker of the Little General, he has dazzled not just opponents and spectators with his array of skills but also his own team-mates. Equally he's adired for his longevity in a game that punishes its players. Named the world's best player in 2002 - winning the Golden Boot - he has played 34 tests for the Kiwis but these days limits himself to his beloved Warriors. It's the club he started with as an 18-year-old when the Warriors first entered the then-Winfield Cup in 1995.
Share:
Share