You are using an out of date browser. It may not display this or other websites correctly.
You should upgrade or use an alternative browser.
Overview Gallery (27) 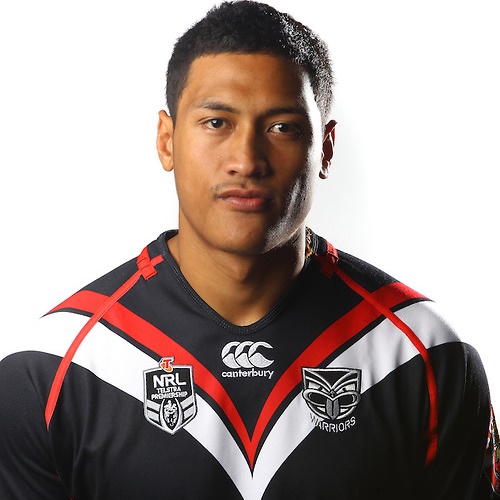 Sam Lousi was born in Auckland, New Zealand. He is the younger brother of Sione Lousi who plays international rugby league for Tonga.

A Bay Roskill Vikings and Richmond Rovers junior, Lousi was educated at St Paul's College in Auckland. He played for the New Zealand Warriors Toyota Cup squad, being part of their grand final winning squads in 2010 and 2011. He finished his Toyota Cup career with 43 games and 11 tries.

Loisi represented the Junior Kiwis rugby league team in 2010 and 2011.

Lousi signed with Warriors until the end of the 2013 season and was the tallest and second heaviest player in the squad. He spent the 2012 season playing for the Auckland Vulcans in the NSW Cup before making his National Rugby League debut in round 20 as a last minute replacement for Steve Rapira, who suffered an injury in pre-match warm ups. Lousi had played a game for the Vulcans earlier in the day.

Lousi signed with the NSW Waratahs for the 2015 season but, after gaining four caps, he suffered a shoulder injury which ended his Super Rugby campaign. He joined the New South Wales Country Eagles team in the National Rugby Championship for the 2015 season. In 2016 he joined Sydney club Southern Districts.