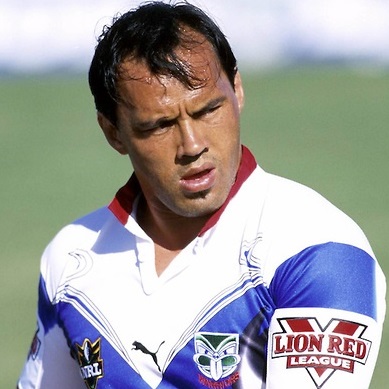 Otahuhu Leopard centre/ winger with a background in rugby union appeared in 25 Tests for the Kiwis during the 1990s.

Blackmore was signed from Castleford Tigers where he had played since 1991. He missed the opening matches with the Warriors after the overlap of the English season. He flew in on the Thursday and was flown straight out to join the team in Cronulla where he made his debut for the Warriors.

Blackmore joined the Leeds Rhinos in 1997, joining the European Super League competition. He played for Leeds at centre, scoring their sole try in the 1998 Super League Grand Final loss to Wigan Warriors. He went on to play 45 first grade games for the club. In mid-1999 Blackmore suffered a serious leg injury that kept him out for most of the season. In 2000, while recovering from injury, Blackmore played rugby union for the Leeds Tykes against Sale in Round Four of the Tetley's Bitter Cup

Richie would return to the Warriors in 2001 on a one year contract that saw him spend the season largely injured. He would retire at the end of the season.

Since his retirement he has taken on a number of coaching roles in Auckland including a Fox Memorial win over Mt Albert with his junior club Otahuhu and taking the Auckland Vulcans to the NSWRL Cup Grand Final. He is currently the Head Coach for the Papakura Sea Eagles.