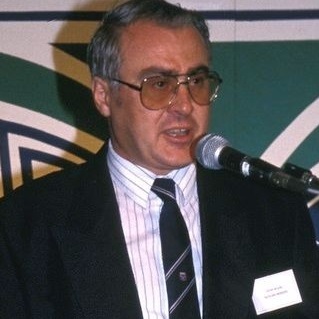 Few New Zealand administrators have helped to change the New Zealand sporting landscape quite as significantly as Peter McLeod did.

His sudden death last Wednesday has served to underline the scale of his contribution to not just rugby league – and especially the Vodafone Warriors – but also to sport generally.

It was his astute and tenacious leadership which brought about a sea change through the creation of the Auckland Warriors, an outcome which would pave the way for a slew of New Zealand franchises to follow in other codes in Australian-based competitions.

His role as the Warriors’ founding father and much more will be remembered when he is farewelled on Wednesday, fittingly at Rotorua’s Energy Events Centre. As general manager of Events and Venues Rotorua, the centre was the focal point for much of McLeod’s work throughout his tenure since 2005.

He also managed Rotorua International Stadium, securing trial matches there for the Vodafone Warriors against the Roosters (2010), Parramatta (2011) and Penrith just this year while other sporting highlights included rugby league Test matches involving the Kiwis and pool matches in the 2011 Rugby World Cup.

While Rotorua’s civic leaders have been remembering McLeod for the work he did in driving development of the city’s venues as well as securing a range of events, it’s his feat in bringing the Warriors’ dream to fruition which stands out as his legacy.

Pushing for a New Zealand team in what was then the Winfield Cup had first been aired publicly by Kiwi coach Graham Lowe in his column in Sunday News in 1983 before a group from the Mount Albert club went to the next level in 1989 by making a direct approach to Ken Arthurson, who was then chairman of both the Australian and New South Wales Rugby Leagues.

By the end of 1989, Peter McLeod, then in his mid-thirties, had come through the ranks to be elected chairman of the Auckland Rugby League; his background in the game was with Glenora and Waitemata in West Auckland while he also had a strong involvement in refereeing.

Ultimately McLeod would emerge as the man most responsible for transforming the dream of an Auckland Winfield Cup team into reality; while still ARL chairman he also headed up League Promotions Auckland, which had been set up to run the Winfield Cup bid.

It was anything but a straightforward process with the ARL running into a raft of challenges including resistance from the New Zealand Rugby League but on May 18, 1992, McLeod and Dominion Breweries chief executive Tony Sernack – DB had by then been signed as sponsor – made their final submission to the NSWRL.

“It was just Tony and me in front of the whole board,” said McLeod. He said he sensed Auckland was definitely ‘there’ after the meeting. “We actually found out what the decision was just as we got on the plane to head back to Auckland. When we were told yes, it was really just absolute bloody relief.”

The understated McLeod, very rarely seen in the spotlight, would finally feel more than a sense of relief, rather one of some inner satisfaction when the ARL-owned Auckland Warriors came to life taking on the Brisbane Broncos in their debut at a jammed Ericsson Stadium on March 10, 1995.

There would be peaks and troughs ahead over the next 20 years but the Vodafone Warriors today stand as a testament to the work McLeod and his team did all those years ago.

McLeod was the club’s foundation chairman from 1992-1996 as well as ARL chairman from 1989-1993 and had other rugby league roles before becoming the New Plymouth District Council’s venue manager at Yarrow Stadium in 2000 and then general manager of Events and Venues Rotorua in 2005.

“Peter’s name was synonymous with the Energy Events Centre and Sir Howard Morrison Performing Arts Centre. His passion, his expertise, and his skills back-of-house were masterly. He was always the ‘go-to guy’ and everybody knew him.”

And on Saturday the Vodafone Warriors’ ownership story opened another chapter when it was announced Eric Watson had become the club’s sole owner for the first time since taking control in late 2000.

Peter McLeod was very much in the can-do mould. While he shunned recognition he was good company, a man with a fund of amusing anecdotes and a ready chuckle when he told them.

He is survived by his wife Julie and daughters Fiona and Penny.
Share:
Facebook WhatsApp Email Link