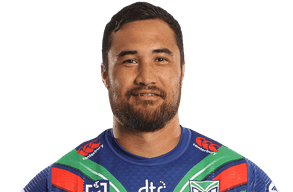 Born in Gisborne, New Zealand, Hiku is of Māori descent. Hiku played his junior football for the Manurewa Marlins and represented the Counties Manukau Stingrays in the National Competition. Hiku played for the New Zealand Warriors' under-20s team in 2012, and had the second most metres gained during the 2012 NYC season behind teammate Ligi Sao. At the end of 2012, Hiku was named the New Zealand Warriors under-20s player of the year. On 13 October 2012, Hiku played for the Junior Kiwis against the Junior Kangaroos, playing off the interchange bench in the 48-16 loss.

In 2013, Hiku (and long time Marlins and Warriors teammate Ligi Sao) left the Warriors and joined Sydney NRL club Manly Warringah Sea Eagles, playing mostly at fullback for the Luke Williamson-coached Sea Eagles New South Wales Cup team. In Round 6 of the 2013 NRL season, Hiku made his NRL debut on the wing for the Sea Eagles in place of the injured David Williams against the Cronulla-Sutherland Sharks at Brookvale Oval, scoring a try on debut in Manly's 25-18 win. In his first game of NRL finals football in the 2013 season, in place of an injured Brett Stewart, Hiku was judged as man of the match despite Manly going down 4-0 to the 2013 minor premiers the Sydney Roosters at the Sydney Football Stadium. Hiku ran for a club record 297 metres on the night. Hiku later backed that up by running 231 in the following week's 24-18 semi-final win over Cronulla-Sutherland Sharks at the SFS. Stewart made a surprise return from injury in the preliminary final win over South Sydney and Hiku was considered unlucky to miss a place on the bench both against Souths and in Manly's grand final team which lost 26-18 to the Roosters. Hiku finished his debut year in the NRL as a “Mr Fix It” type player, mostly filling in for the injured Brett Stewart, playing in 13 matches and scoring 3 tries for the Manly-Warringah Sea Eagles in the 2013 NRL season.

As of Round 7 of the 2014 NRL season, Hiku had played in all seven games for the Sea Eagles following injuries to other players, though when Brett Stewart and winger Jorge Taufua returned to the side coach Geoff Toovey retained Hiku in place of the out of form David Williams. On 2 May 2014, Hiku played his first test for New Zealand when he played at fullback in their 30-18 loss to Australia in the 2014 Anzac Test at the Sydney Football Stadium. On 13 May 2014, Hiku re-signed with Manly to the end of the 2017 season after the Canterbury-Bankstown Bulldogs offered him a contract who were searching for a fullback to replace the departed Ben Barba. Hiku, who has expressed his desire to stay with the Sea Eagles, also reportedly turned down a one million dollar contract to return to the New Zealand Warriors despite the opportunity to be closer to his family. Hiku cemented his place on the wing for the Sea Eagles, even keeping 2013 NRL top tryscorer David Williams in NSW Cup before "The Wolfman" was suspended for the season by the NRL due to a betting scandal. Hiku finished off the season with him playing in all of the Sea Eagles 26 matches and being the club’s highest tryscorer with 17 tries. On 23 September 2014, Hiku was selected in New Zealand's Four Nations train-on squad. On 7 October 2014, Hiku was selected in New Zealand's final 24 man squad for the Four Nations. Hiku played superbly at fullback in the Kiwi 30-12 defeat of Australia on 25 October 2014 in the first game of the Four Nations tournament, helping the Kiwis to a 30-12 win over Australia, as well as their first win over Australia since the 2010 Four Nations final. Hiku went on to feature in every tournament game for the Kiwis, playing every minute of every game at fullback. Hiku played in the Kiwis 22-18 Four Nations final win over Australia at Westpac Stadium.

On 31 January and 1 February, Hiku played for the Sea Eagles in the 2015 NRL Auckland Nines. He retained his spot in the New Zealand team for the 2015 Anzac Test, though he was moved to the centres as the Kiwis continued their Four Nations form with a 26-12 win over Australia at Suncorp Stadium. Hiku finished the 2015 season having played in 22 matches, scoring 8 tries and kicking 3 goals for the Sea Eagles. On 8 September, he was named in the New Zealand Kiwis training squad for their tour of Great Britain. He was a shock selection at five-eighth, playing in all three matches against England in the Kiwis' 2-1 Baskerville Shield series loss. In November, he was told by Manly's new incoming coach Trent Barrett that he was free to look for another club. He was linked with the Penrith Panthers, Parramatta Eels, South Sydney Rabbitohs and St. George Illawarra Dragons, eventually signing a 3-year contract with Penrith on 9 December, starting in 2016, after being released from the final two years of his Sea Eagles contract.

In Round 1 against the St George Illawarra Dragons, Hiku made his return for the Panthers where he suffered a fractured eye socket from a late hit from Dragons prop Russell Packer in the 42-10 shock loss at Jubilee Oval. Hiku was set to miss a month of footy but returned early in Round 3 against the Sydney Roosters where he came off the interchange bench in the 14-12 loss at Penrith Stadium. Hiku was released from his contract in May 2017 to join the Warrington Wolves in the Super League. Hiku scored his first try in a 22-6 win against local rivals Widnes Vikings, and then scored again against them the following week in a 28-14 win in Round 1 of the Super 8 Qualifiers. In September 2017 it was announced that Hiku would return to NRL after failing to settle in England