You are using an out of date browser. It may not display this or other websites correctly.
You should upgrade or use an alternative browser.
Overview Gallery (2) Discussion (3) 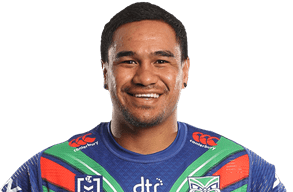 Whangarei-born and bred Paul immediately appealed as a player of uncommon ability coming through the grades as a youngster.

The Whangarei Boys' High School product came out of the Hikurangi Stags before being signed by South Sydney (along with his brother Lee) for the 2016 season. That year he made eight appearances and scored eight tries for the club's Harold Matthews Cup (under-16) side.

By 2017 he was back in New Zealand, signed by the Vodafone Warriors. He played 12 times for the club's under-20 side that year and added another 18 appearances last year. Adept at either fullback or in the halves, he has taken his number of under-20 outings beyond 35 while he has also been blooded in the Canterbury Cup NSW grade where he has played three times for the Vodafone Warriors.

Turner was in the Junior Kiwis' squad for 2018 international against the Junior Kangaroos, although he wasn't in the final playing line-up.

Signed on a development contract, Turner trained with the NRL squad in 2019 and featured in the Vodafone Warriors' trial against Melbourne in Geelong.