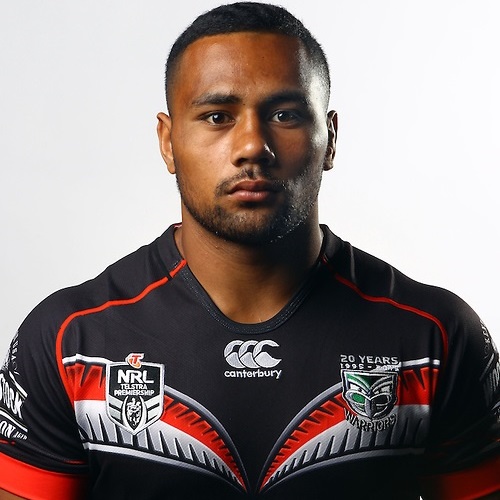 Ngani Laumape first started turning heads playing rugby union as a stand-out for the Palmerston North Boys’ High School First XV. On the rugby league scene he featured for the NZ Residents 18s in 2011, was signed by the Vodafone Warriors and earned a place in the Vodafone Junior Warriors’ NYC squad for the 2012 season. He had a memorable and successful year with the side, leading all try scorers with 16. Laumape gave a good account of himself in the club’s 2013 NRL trials and only had to wait until round three against Cronulla to get his first NRL start. He seized this opportunity and did not disappoint, subsequently going on to bag six tries in 14 matches for the Vodafone Warriors, going in to win the club’s Vodafone NRL Rookie of the Year award.

On 16 January 2015, Laumape was named in the Warriors' 2015 Auckland Nines squad. After suffering a season ending leg injury, Laumape returned to rugby union, signing with the Manawatu Turbos and Hurricanes in July 2015.

Laumape made his debut for the Hurricanes in the 2016 Super Rugby competition, starting in the inside centre position against the Brumbies and scoring his first professional rugby union try.