You are using an out of date browser. It may not display this or other websites correctly.
You should upgrade or use an alternative browser.
Overview Gallery (8) Discussion (56) 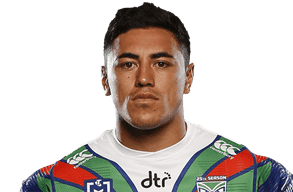 Educated at Mount Albert Grammar School, Nathaniel’s junior club was Richmond. Excelled for Mount Albert Grammar in the College Rugby League First XIII competition last year. He has come through the development system, making his NYC debut at standoff for the Vodafone Junior Warriors in their first-round clash against Parramatta in March. He has been used at standoff, hooker and in the centres, appearing in 22 of the team’s 26 matches so far and scoring eight tries.