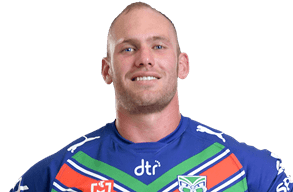 You are using an out of date browser. It may not display this or other websites correctly.
You should upgrade or use an alternative browser.
Overview Gallery Discussion
Matt Lodge

Matthew Lodge (born 31 May 1995) is a rugby league footballer who plays as a prop for the New Zealand Warriors in the NRL.

He previously played for the Wests Tigers and the Brisbane Broncos in the National Rugby League.

He played his junior rugby league for St. Patricks Blacktown before being signed by the Penrith Panthers.

Lodge playing for the Storm-Sharks in 2013

In June 2014, Lodge joined the Wests Tigers mid-season for the remainder of the season, joining their NYC squad. In Round 17 of the 2014 NRL season, Lodge made his NRL debut for the Tigers against his former team, the Penrith Panthers. He made four first grade appearances for the year. He was described as a "110kg battering ram," who was "certain to feature in the regular squad next season. Later in the year, he was chosen to participate in the NSW under-20s pathway camp.

On 19 October 2015, Lodge was sacked by the Tigers after being arrested in New York City. He was due back in court for sentencing in December after entering a guilty plea.

After spending some time with the Redcliffe Dolphins in the Queensland Cup, Lodge signed a 1-year contract with the Brisbane Broncos starting in 2018.

Lodge made 22 appearances for Brisbane in the 2019 NRL season as the club finished 8th on the table and qualified for the finals. Lodge played in the club's elimination final against Parramatta which Brisbane lost 58-0 at the new Western Sydney Stadium. The defeat was the worst in Brisbane's history and also the biggest finals defeat in history.

On 19 February 2020, Lodge suffered an ACL injury during pre-season training for Brisbane and was ruled out for an extended period.

Lodge only featured in six games for Brisbane in the 2020 NRL season as the club finished last on the table.

Lodge agreed a midseason switch from the Broncos to the Warriors during the 2021 NRL season.
Share:
Share