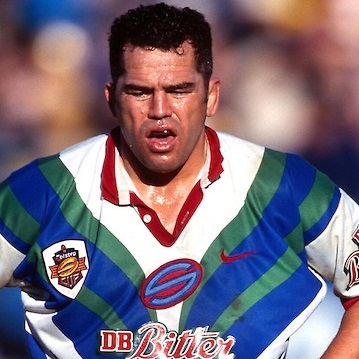 Auckland back rower, the younger brother of 1985-88 Test forward Shane Horo, played for English Club Salford in 1988-89, before joining P’matta. Mark Horo made his Test debut in the Kiwis’ stunning 13-6 win over Australia in 1987 while still playing in Auckland.

He represented NZ in the 1988 World Cup but despite the fact that he grade career was coming to an end with battling Sydney club Wests in 1995, he was recalled to the Kiwis’ World Cup team after an absence of five years. The 32-year-old’s efforts with the national team in England earned him a contract with the Warriors and he made the last of 16 Test appearances against Papua New Guinea in 1996.