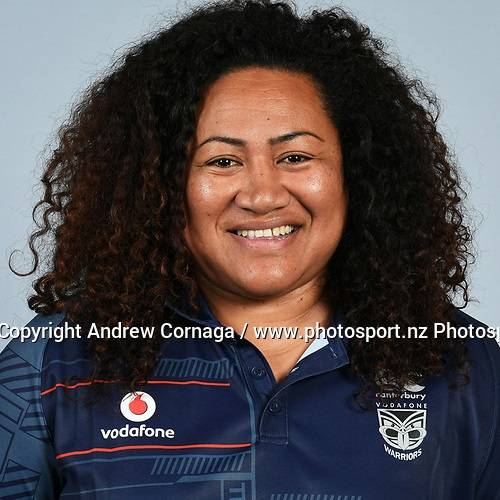 The Warriors were confirmed as one of four clubs in the new NRL women's competition on Tuesday and appointed Aviaki on Wednesday.

Aviaki captained the Kiwi Ferns to victory in each of the first three women's World Cup tournaments in 2000, 2003 and and 2008. Her international career stretched from 1995-2009.

She has been prominent in coaching since her retirement from playing, and has worked for the Melbourne Storm as their games development officer. She has been the New Zealand Rugby League's well-being and women's development manager since 2016.

Avaiki, who has also represented Samoa in rugby league, rugby union and touch, said she was humbled when given the opportunity to become the club's first NRL women's

coach. The Warriors believe she is the first woman to have a coaching position with an NRL club.

The competition, which will also involve the Sydney Roosters, St George-Illawarra Dragons and Brisbane Broncos, will start later this year.

"Women's rugby league has a long history in New Zealand but the introduction of this competition has taken our game to a whole new level," she said.

"It's a huge honour having the chance to take up this role."

"It was a huge day being named as one of the four foundation clubs yesterday and it's even more exciting to be able to announce Luisa's appointment today. We were keen to move on this quickly as we seek to build our team.

"The new competition is taking the club and the women's game into a completely new era which we're so proud to a part of."

"For us, our women's team will be just like our other three sides in the NRL, the Intrust Super Premiership and the Jersey Flegg Cup," said George.

"They'll strive to attain the same values we have for the club's other teams.

"We are all about winning, about having a crack every time we play and making our members and fans proud."
Share:
Facebook WhatsApp Email Share Link