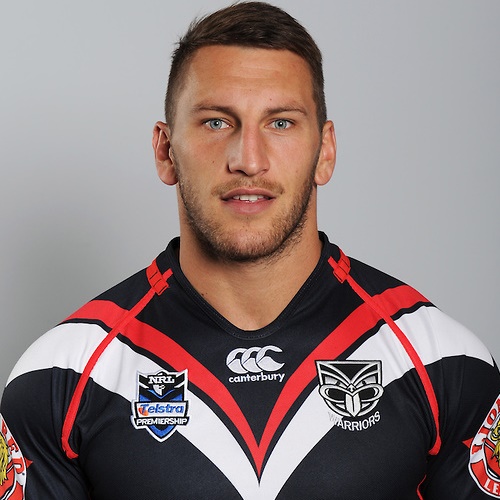 Brown started his rugby league career playing for the Riccarton Knights in Christchurch. He played junior representative football for Canterbury and was a New Zealand under-16 representative. He debuted for the Canterbury Bulls in the 2005 Bartercard Cup.

Brown moved to Sydney, playing for Cronulla's feeder side Griffith. There he was spotted by scouts from the Sydney Roostersand they signed him for their Jersey Flegg Cup side.

He later moved to join Balmain-Ryde and the Wests Tigers, playing for their New South Wales Cup side. While he was a feature in the Premier League side he could not break into the first grade side.

In 2008 the Warriors announced that they had secured Brown for the 2009 season on a one-year deal, with an option for another year. He joined the Warriors in October 2008 but arrived with a major foot injury, which hampered his pre-season. In 2010 he signed an extended contract that kept him at the Warriors until 2012.

Brown would probably be most fondly remembered by Warriors fans as scoring the try against the Storm that sealed our Grand Final appearance in 2011. He was on the receiving end of a wonderful piece of individual brilliance from Shaun Johnson.

In 2012 Brown announced he had signed with the Penrith Panthers where he would reunite with former Warriors coach Ivan Cleary who Brown had stated he played his best footy under.

Brown was a member of the New Zealand Kiwi 2010 Four Nation campaign as well as the 2014 Four Nations which the Kiwis won.