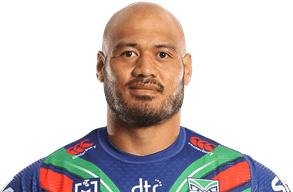 Ah Mau went to school at De La Salle College and started playing rugby league with the Papatoetoe Panthers before moving to Otahuhu and played in Auckland Rugby League competitions. While playing for Otahuhu, Ah Mau was selected for the Tamaki Titans in the Bartercard Cup. Ah Mau played for the Junior Kiwis in 2006 and the New Zealand under-18 side in 2007. Ah Mau was picked up by the Warriors on a developmental contract in 2007. During his first year with the club he played 18 games in the NSWRL Premier League for the Auckland Lions. In 2008 he played in the inaugural season of the Toyota Cup, making 22 appearances for the Junior Warriors. He finished his Toyota Cup career with 40 appearances, 9 tries and 1 goal.

In Round 1 of the 2009 NRL season, Ah Mau made his first grade debut for the New Zealand Warriors against the Parramatta Eels off the interchange bench in the Warriors 26-18 win. However, after suffering a hamstring injury, Ah Mau did not play first grade again in 2009. His contract was not renewed for the 2010 season, and he signed with the North Queensland Cowboys. Ah Mau finished his debut year in the NRL with him playing in 2 matches for the New Zealand Warriors in the 2009 NRL season.

While at the Cowboys Ah Mau managed to take the field with the first grade squad more often then not playing 33 games in 2 seasons before signing with the St George-Illawarra Dragons. There he would solidify his position in the team and become a regular team list naming. Ah Mau also made his International debut for Samoa while at the Dragons and played 3 games for them at the 2013 RLWC.