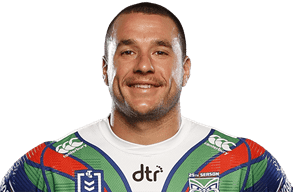 Contracted till end of
2020

From 2009 to 2012, Burr played for the Canterbury-Bankstown Bulldogs' NYC team.

In 2010, Burr played for the Australian Schoolboys.

In Round 25 of the 2013 NRL season, Burr made his NRL debut for the Bulldogs against the Penrith Panthers

On 4 September 2014, Burr signed a 2-year contract with the Gold Coast Titans starting in 2015 where he had 23 outings at the club.

On 21 September 2014, Burr was named on the interchange bench in the 2014 New South Wales Cup Team of the Year.

In October 2016 he joined Bradford Bulls, but following their liquidation in January 2017 he signed a 1 Year Deal with Leigh Centurions.

In 2018 returned to the Bulldogs this year, helping the club to victory over Newtown in the Intrust Super Premiership title decider followed by success against Redcliffe in the National State Championship encounter on the NRL’s grand final day at ANZ Stadium. Named the Bulldogs' 2018 ISP player of the year, Burr averaged 120 metres and 24 tackles in his 23 appearances.