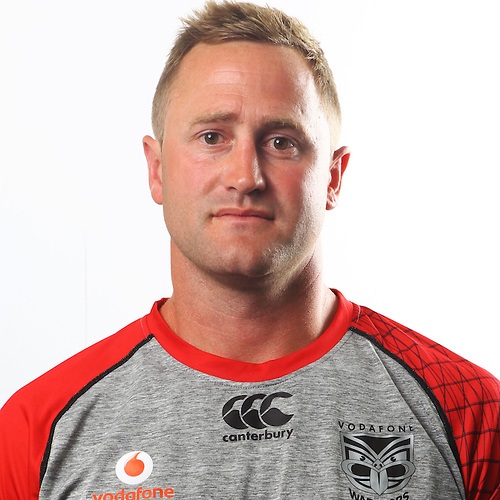 As a player, Wright helped the Auckland Lions to four Bartercard Cup national titles and in 2007 he was named the competition's player of the year. Wright also led Mt Albert Lions to Fox Memorial Cup titles in 2008 and 2009.

He also played for the Villeneuve Leopards in the 2004 French championship and led the Mount Albert Lions to Fox Memorial club titles in 2008 and 2009. He was a member of the New Zealand side that won the 1999 Universities’ World Cup and also represented the New Zealand Residents in 2006 and 2009.

Since hanging up his boots, Wright has coached Otara Scorpions and Bay Roskill Vikings in the Auckland club competition and assisted with the Akarana Falcons 17s before joining the Vodafone Junior Warriors as assistant coach initially under John Ackland and now legend Stacey Jones.

Wright is regarded as one of the best young coaches in the country and in August he was appointed analyst for the Kiwis during the upcoming Four Nations, working under Stephen Kearney and David Kidwell.

When he was given his job with the Kiwis, NZRL high-performance manager, Tony Iro was full of praise for him.

"Having worked with him, I know that he has an astute football mind and the potential to become one of our best coaches over the long term," Iro said.

He was the Junior Kiwis assistant under Brent Gemmell.

In 2015 Wright was appointed the coach of the Junior Kiwis.

Wright headed off a field of eight applicants and a high-class short list of four in 2016 to keep the role that he filled in 2015, when he steered the national 20s side to a narrow 22-20 loss to the Junior Kangaroos at the Gold Coast.

Wright's term is for 2016, with an option for another year. He will now assist in the process for appointing further Junior Kiwis coaching staff and team management.