You are using an out of date browser. It may not display this or other websites correctly.
You should upgrade or use an alternative browser.
Overview Gallery (3) Discussion (2) 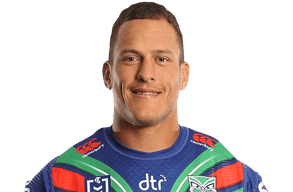 Evans was born in Sydney, Australia.

Evans played his junior football for the Leichhardt Wanderers, Balmain Police Boys and Leichhardt Juniors before being signed by the Sydney Roosters.

In round 2 of the 2014 NRL season, Evans made his NRL debut for the Sydney Roosters, coming off the interchange bench against the Parramatta Eels in the Roosters 56–4 win at the SFS. On 9 April 2014, Evans extended his contract for a further 3 years, keeping him at the Roosters until the end of the 2017 season.

In May 2014 Evans was selected to play for Fiji in the 2014 Pacific Rugby League International against Samoa. Evans played at prop in Fiji's 16–32 loss at Penrith Stadium. Evans finished the 2014 NRL season having played in 9 matches for the Roosters.

On 31 January and 1 February, Evans played for the Roosters in the 2015 NRL Auckland Nines.

On 13 January, Evans was named in the emerging New South Wales Blues squad. On 13 February, he played for the World All Stars against the Indigenous All Stars in the 2016 All Stars match, playing off the interchange bench in his team's 12–8 win at Suncorp Stadium. On 7 May, he played for Fiji against Papua New Guinea in the 2016 Melanesian Cup, where he started at prop in the 24–22 loss at Parramatta Stadium. Evans finished the 2016 NRL season with him playing in 23 matches for the Roosters. On 8 October 2016, Evans played for Fiji against Samoa, starting at prop in the 20–18 win in Apia, Samoa.

In February 2017, Evans was selected in the Roosters tournament winning 2017 NRL Auckland Nines squad. On 4 May 2017, Evans signed a 3-year contract with the Parramatta Eels, starting from 2018. On 6 May 2017, Evans played for Fiji against Tonga in the 2017 Pacific Cup Test, starting at prop in the 26–24 loss at Campbelltown Stadium. Evans finished his last year with the Sydney Roosters with him playing in 16 matches in the 2017 NRL season. On 7 October 2017, Evans was named in the 24-man squad for Fiji for the 2017 Rugby League World Cup. In Fiji’s first pool match against USA, Evans broke his wrist while scoring his try in the 58–12 rampaging win at 1300SMILES Stadium, ruling him out for the rest of the tournament with him only playing in 1 match.

In Round 1 of the 2018 NRL season, Evans made his club debut for the Parramatta Eels against the Penrith Panthers, playing off the interchange bench in the 24–14 loss at Penrith Stadium. After losing their opening six games of the season, Evans was dropped to reserve grade by coach Brad Arthur along with a number of other players. Evans spoke to the media about being dropped saying “I’ve been going crap, I don’t think I’ve been up to standard coming off injury from the World Cup and a few little injuries in pre-season. I definitely need to work on my fitness and I’ll be doing that in the next couple of weeks, It’s the truth, my game doesn’t hide anything, You can think what you want, but I haven’t been performing, You can see that in my stats and how I’ve been going.”

On 2 June 2018, Evans was accused of making a racial slur in a match involving Wentworthville and The New Zealand Warriors reserve grade side. With 4 minutes remaining, Evans allegedly said a racist slur at New Zealand player Joseph Vuna. Vuna made a complaint to the on-field referee Todd Smith, who placed Evans on report. On 7 June 2018, The NSWRL withdrew their racial slur charges against Evans.

On 4 August 2018, Evans was recalled to the Parramatta side for the first time in over 2 months to take on the Gold Coast. Parramatta went on to win the match 28–12. Evans finished 2018 with 8 appearances for the club as Parramatta finished in last position on the table and claimed its 14th wooden spoon.

Despite his poor form in 2018, Evans managed to remain in the Parramatta starting 17 for the beginning of the 2019 season. Evans played in the first 5 games of the year from the bench but was demoted to reserve grade by coach Brad Arthur after the club suffered a 19–0 defeat against the Canberra Raiders.

In round 12, Evans made his first start of the season for the run on side as Parramatta defeated a depleted South Sydney side 26–14 at Western Sydney Stadium.

In round 25, Evans played his 100th NRL game in Parramatta's 32–16 win over the Manly-Warringah Sea Eagles at BankWest Stadium.

Evans scored his first try of the 2020 NRL season in round 2 as Parramatta defeated the Gold Coast 46–6.