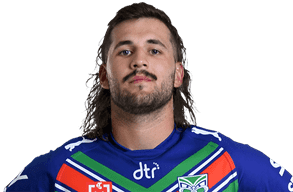 
Josh made his NRL debut off the bench in the Roosters’ sixth-round 21-20 win over Melbourne at AAMI Park on April 19 this year.

He made 28 under-20 appearances for the Roosters in 2017 and 2018 and also turned out nine times for feeder club Wyong in the former Intrust Super Premiership last year.

Before joining the Vodafone Warriors, he played 11 times for the North Sydney Bears – the Roosters’ new feeder club – in the Canterbury Cup.
Share:
Share