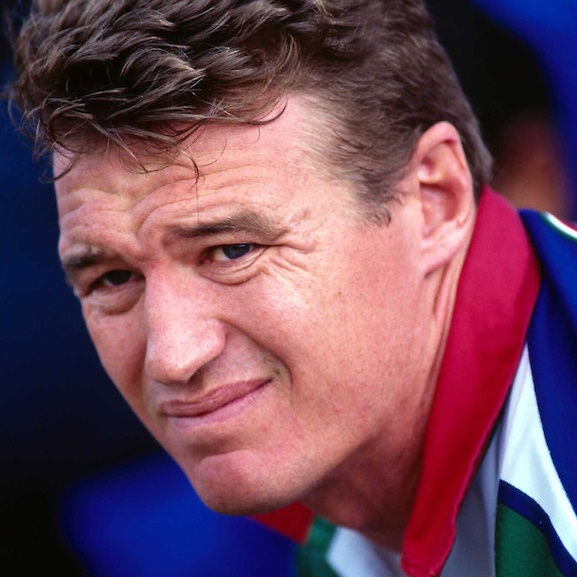 ‘All Black’ legend with a record 63 RU Test matches to his credit changed codes to play for the Auckland Warriors in 1995. The grandson of Jack Kirwan, who represented the Kiwis after changing codes in 1926, and the cousin of former Test captain Mark Graham, Kirwan made his RU Test debut in 1984 before going on to score 200 first class tries in his amateur career.

After first rejecting an offer from the Warriors, and despite being 30 years old, Kirwan signed a two-year deal with Auckland after the start of the 1995 season. Although his league career did not reach similar heights Kirwan was an important signing for the Warriors and made a modest contribution in the club’s infancy.

The grandson of Jack Kirwan, who represented the Kiwis after changing codes in 1926, and the cousin of former Test captain Mark Graham.