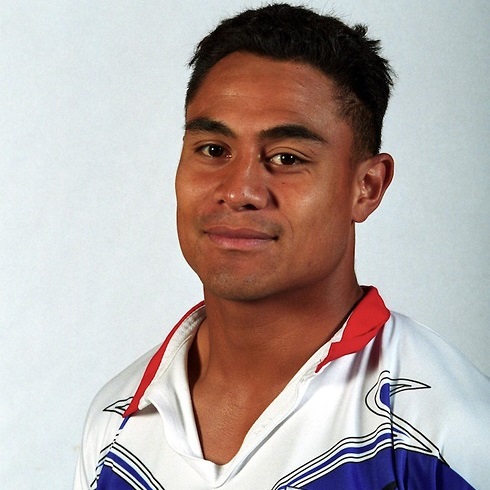 Current Status
Working for the NRL’s One Community to deliver social inclusion, health and education programs

Junior Kiwi utility back first came under notice playing for West Samoa in Super League’s World Nines’ competition in early 1997 when he was wrongfully awarded a try in a match against Australia – despite the use of a video referee for the first time. After two moderate seasons with the Warriors (sometimes at fullback) Galuvao was languishing in NZ’s domestic Barter Cup competition when he was signed to a modest contract by Penrith coach Royce Simmons for 2002.

Simmons was sacked by the club before Galuvao arrived there but under coach John Lang the chunky, mobile player moved into the back row and started to make an impact with the club. Together with Tony Puletua he was a standout performer in the Panthers’ premiership-winning 2003 season. Their combo and hair style earned them the name "hair bears".

After making his Test debut for the Kiwis in the one-off Test against Australia in July he took his place in NZ’s shock 30-16 win over Australia in October. Galuvao battled injury in 2004 and was not as effective as the Panthers’ premiership defence stalled. After playing in the 16-all draw with Australia in October, Galuvao was actually ruled out of the Tri Nations competition by Panthers’ medical staff so he could have surgery in the off-season.

He joined Souths in 2006 playing 23 games in 2 seasons before joining the Eels for another 2 seasons and play 34 games.

2010 would see Galuvao at Manly and he would be part of the 2011 team that beat the Warriors in the Grand Final.